A female zookeeper known for kissing brown bears has lost her leg after one of them attacked her, according to reports in Russia.

The predator clawed Vera Blishch with its paw, then sank its teeth into her leg in a savage attack before the zoo in Ussuriysk opened today.

The experienced zookeeper was attacked while training a new colleague and had to have her lower leg amputated, it is claimed.

Blishch has previously been seen on video kissing a bear on the tongue and offering it a treat, explaining that ‘it is very dangerous to do this’.

Russian zookeeper Vera Blishch kisses a brown bear on the tongue when Ussuriysk zoo opened in 2015. Today she was savaged by one of the predators 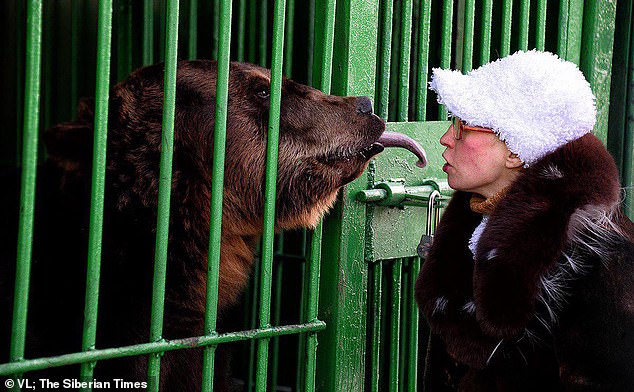 Blishch, pictured when the zoo opened, reportedly had to have her lower leg amputated after one of the bears sank its teeth into her

‘A bear is the most dangerous predator on earth,’ she said when the municipal zoo in far eastern Russia opened in 2015.

‘Bears are trained almost nowhere except for Russia. Even by kissing the bear just now, I might lose my head within a split second.

‘To work with a bear, you must have a special feeling. We say it’s a feeling sent by God. You must feel a bear.’

The keeper is well known for a campaign to save animals hit by severe flooding in the Russian Far East in 2015.

She stood neck-deep in flood water to save caged animals. 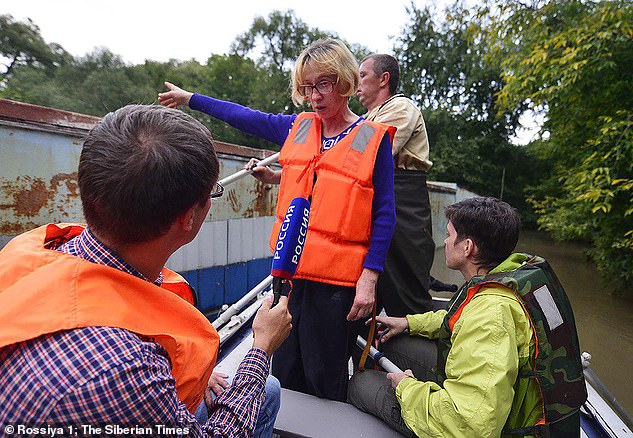 Blishch is known for a campaign to save animals hit by flooding. She is pictured speaking to Russian media aboard a small boat 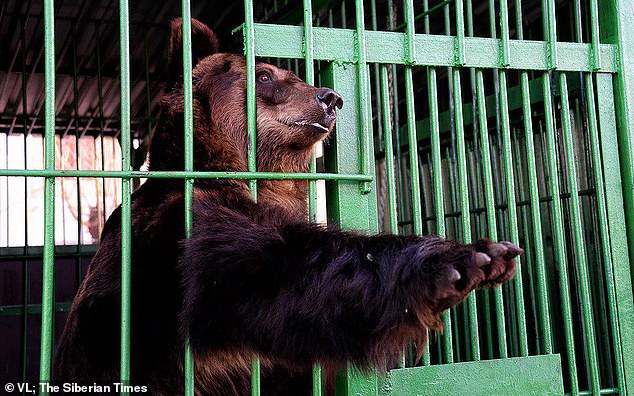 Brown bears, one of which is pictured at the zoo, are found in Russia, northern Europe and parts of North America

It was not immediately clear if the predator that attacked her was one she had saved four years ago.

‘An zoo employee was instructing a new member of staff and came close to the cage,’ said paramedic Alexander Fedeykin.

‘The bear struck her with its paw, leading to an open fracture and her skin torn off.’

Later doctors were forced to amputate her leg, according to the Siberian Times.

Ussuriysk is at the far south-eastern tip of Russia, less than 40 miles from the border with China and the Pacific Ocean. 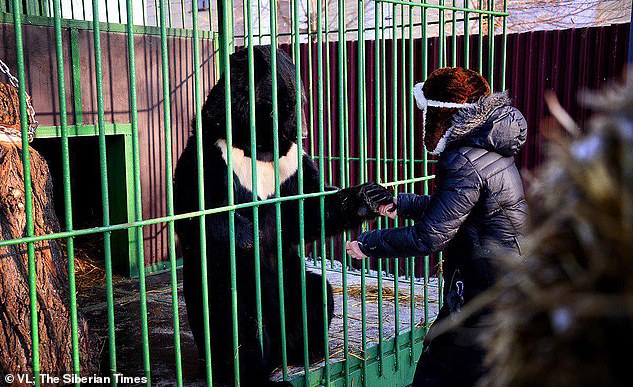 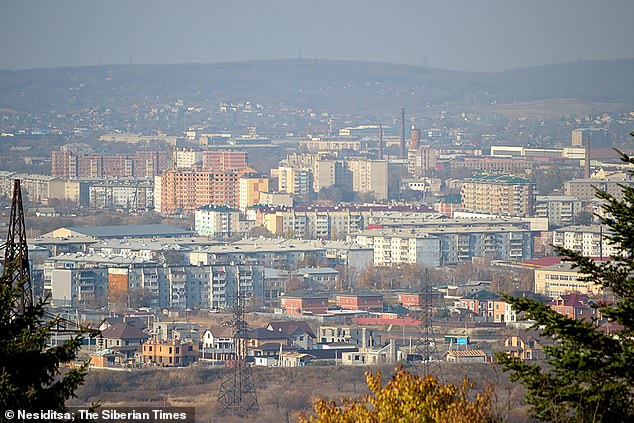 The city of Ussuriysk (pictured) is at the far south-eastern tip of Russia, less than 40 miles from the border with China and the Pacific Ocean