Feminist protesters have vandalised new open-air street urinals in Paris, claiming they are sexist as breastfeeding is still frowned upon in public.

Public street toilets have been causing a stir along pavements across the French capital when the troughs disguised as flower-boxes began cropping up in some of the city’s most glamorous neighbourhoods.

The colourful ‘uritrottoir’ as the were dubbed, were introduced around two months ago to tackle Paris’s growing urine-soaked pavements.

But protesters this week targeted two of the urinals on the trendy Ile Saint-Louis area and near Gare de Lyon station by plastering them with red stained sanitary towels and tampons, then blocking them with concrete.

The ‘uritrottoirs’ in the trendy Ile Saint-Louis area and near Gare de Lyon station were vandalised with red stained sanitary towels, tampons, then blocked with concrete 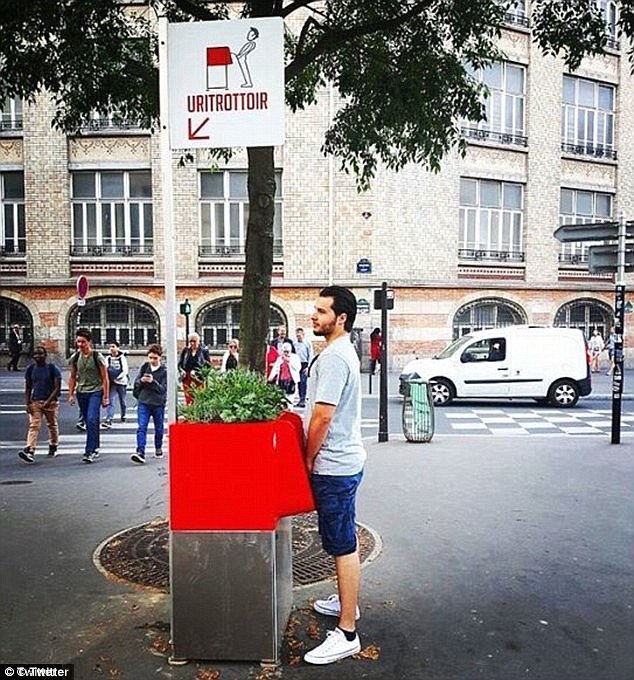 Notes left behind criticised the Paris authorities for encouraging men to unzip and relieve themselves in open places.

The activists were particularly aggrieved at the encouragement of men to urinate in full view of families when women are still often reprimanded for breastfeeding in public.

Equality campaigners and women’s groups, along with local residents and parents, have complained that the open-air urinals are sexist, discriminatory and actually encourage more street-urination.

Another notice compared men urinating in the street to dogs. 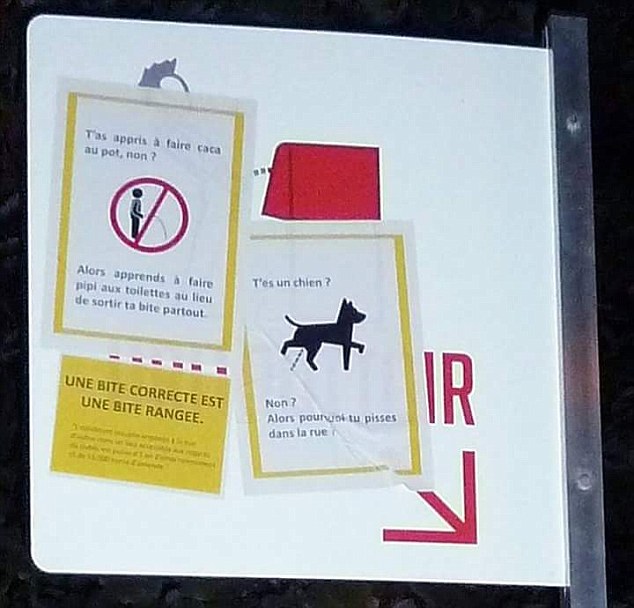 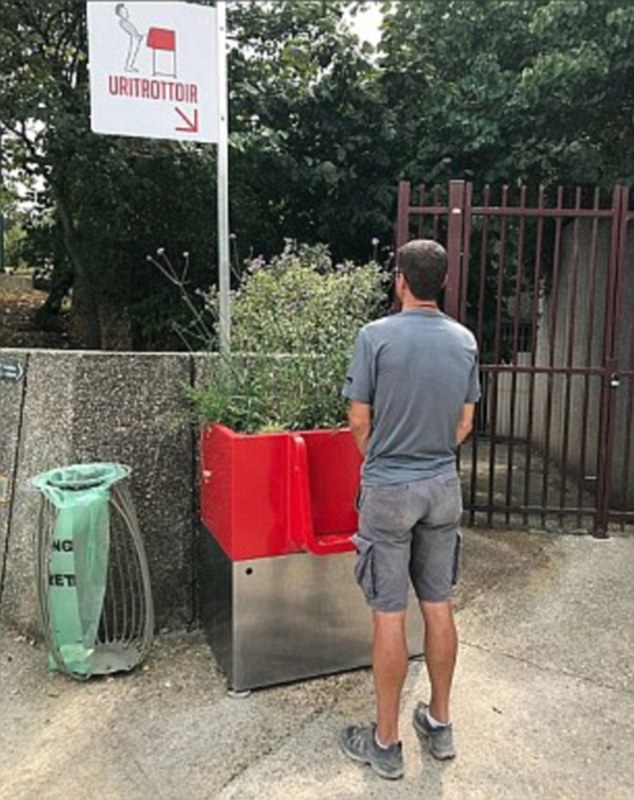 The controversial urinals sprung up months ago to tackle public peeing in the French capital, where women are reprimanded for breastfeeding in open spaces

No group has claimed responsibility for the vandalism, but the feminist protest group Femen denied involvement and police are investigating.

One eco-friendly ‘urinoir’ deemed to be particularly offensive is painted in letterbox red and topped with a flower-box in the chic neighbourhood of Île Saint-Louis, just a stones throw from Notre Dame.

Local shopkeepers and residents in the tourist hot spot have protested for the ‘immodest and ugly’ urinal’s removal and fear the city ‘is making itself ridiculous’.

Trendy Ile Saint-Louis locals said the receptacle, with no stall around it of any kind, could blight their ultra-chic neighbourhood.

Gwendoline Coipeault of the feminist organisation Femmes Solidaires said: ‘It is not just men who occupy the public space, but also women and children, who might not want to see men publicly urinate.

‘These urinals are designed to comfort men and reinforce the idea that women aren’t welcome in the public space. It is discrimination and reinforces the stereotypical, sexist idea that men can’t control themselves in any way, including their bladders.

‘I don’t know a single woman who regularly goes to Paris who hasn’t witnessed a man urinating in public – openly on streets, in the metro – which reinforces a feeling of insecurity.’ 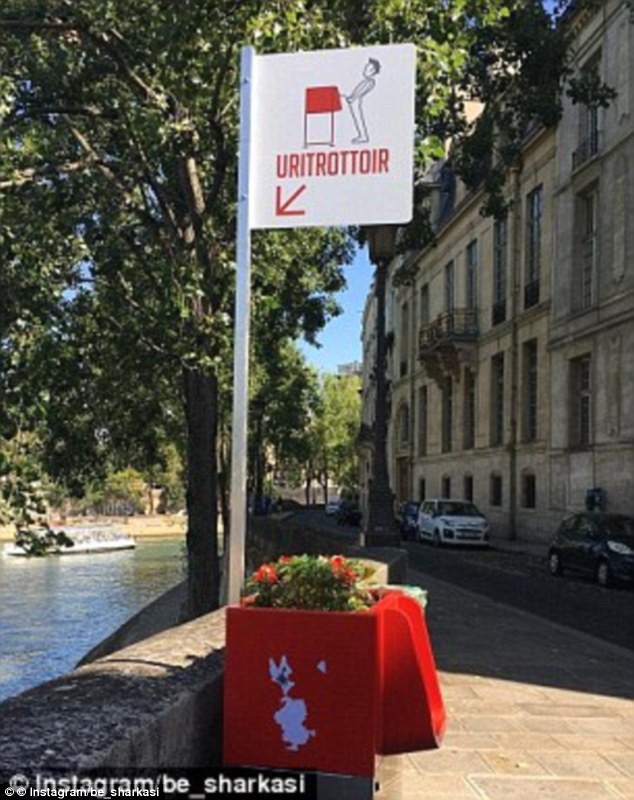 Some of the urinals have been placed in some of Paris’s most famous areas, popular tourist hot-spots and chic nighbourhoods

Mayor of Paris Ariel Weil insisted the devices were necessary and Paris authorities have rolled out five more of the stand-up urinals in places where public peeing has been a problem.

The device is made up of a box with an opening in the front and a floral display on top, containing straw which transforms into compost for use in parks and gardens.

Many are accompanied by cartoon images of men proudly peeing in public.

Manufacturer, the Faltazi design agency, says it ‘stores urine in a bed of dry material, straw, which is then used as compost for the flowers’, which reduces odour and eliminates the need for the urinal to be connected to the sewer.