Fergielocks! Duchess goes for golden plaits to act out fairytale on her YouTube channel

Fergielocks! Duchess goes for golden plaits to act out fairytale on her YouTube channel

Once upon a time, she was better known as one of the nation’s most famous red heads.

But Sarah Ferguson became Goldilocks yesterday for the latest instalment of her online story-telling series.

The Duchess of York donned a blonde, plaited wig and was joined by a friend dressed as a bear as she gave an energetic reading of Goldilocks and the Three Bears on her YouTube channel.

The Duchess of York, 60, (pictured) donned a blonde plaited wig for a performance of Goldilocks and the Three Bears at her Windsor home

Filming in the grounds of her Windsor home, she incorporated a bowl as a prop for the porridge-tasting scene as she delivered the lines: ‘This one’s too hot… this one’s too cold… this one’s just right.’

The 60-year-old hopped from perch to perch as she deliberated which chair she should sit on. But when the time came for the similar bed sequence, she realised there was no suitable prop so simply said: ‘Haven’t got a bed!’ 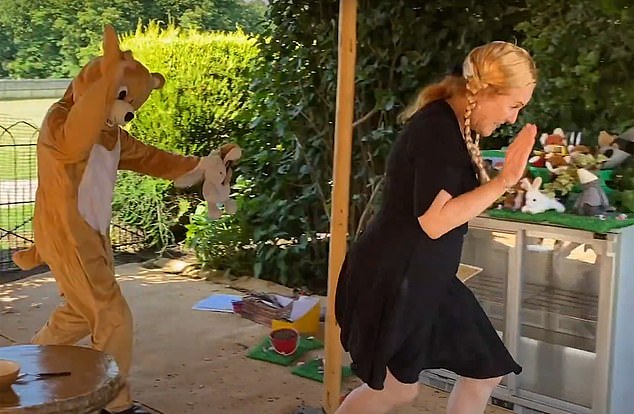 Sarah Ferguson (pictured) has garnered more than 300,000 views, since she began posting videos of herself on YouTube

In a post on Instagram, Fergie said zookeeper Chad Staples had dressed in a bear suit to act out the part of Daddy Bear for the latest episode of the series Storytime With Fergie And Friends.

She has been uploading regular videos of herself in costume since April, as she and famous guests entertain youngsters during lockdown. Since her first upload, the channel has garnered more than 300,000 views and is updated with new videos almost every day.

Fergie, who recently signed a publishing deal for seven books, is already the author of more than 25 books including Budgie The Little Helicopter and the Little Red series. 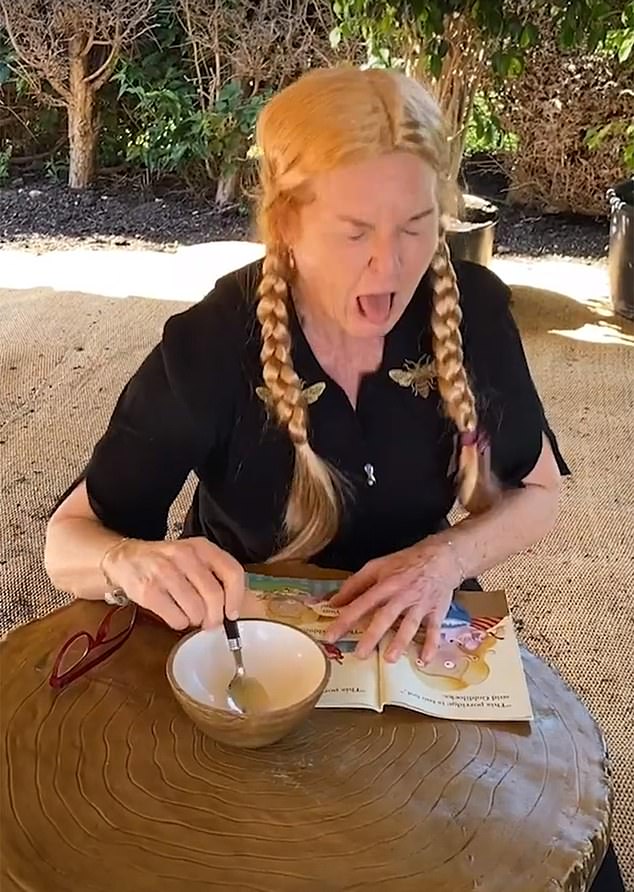 Sarah (pictured) who is already the author of more than 25 books, has recently signed a publishing deal for seven books