Ferrari has unveiled the latest in its line of bespoke supercar creations that has likely cost a dedicated customer millions of pounds to have a such a piece of four-wheeled exclusivity.

Ferrari says it has been inspired by models from the 1950s and 1960s – but unlike its classic motors this one is capable of achieving a top speed in excess of 200mph.

Called the ‘BR20’, it is a two-seat coupe based on the existing GTC4Lusso and has been produced as part of the Prancing Horse’s ‘one-off’ series available to its most well-heeled clients.

Ferrari’s latest ultra-exclusive creation: This one-of-one new models is called the BR20 and has been built to order for one of the Italian marques most dedicated customers – at a cost

Such is the exclusivity of the bespoke car that Ferrari outright refused to put a price on it – reserving its cost only for the knowledge of its owner, who it also hasn’t named.

Underneath, it is essentially the GTC4Lusso, which in the UK starts from around £230,000 – though expect a significant premium for this one-off creation given that the customer will cover the brunt of the design and development cost, meaning this one-of-a-kind motor has likely rung into the millions of pounds.

Using the existing production car’s platform means it shares the four-seat GTC4Lusso’s naturally-aspirated 6.3-litre V12 engine that produces 681bhp and should – based on the base-car’s stats, be capable of accelerating from 0-to-62mph in 3.4 seconds and to a top speed of more than 200mph.

Power is sent to all four wheels via Ferrari’s own all-wheel-drive system, which uniquely features two gearboxes – one for the rear wheels and a smaller transmission driving the two at the front.

The luxury car maker was tasked by the client – who likely has a huge collection of Ferraris – to create a unique body and cabin that feature a selection of styling cues lifted from its models from yesteryear.

The most noticeable change on the outside is an entirely new roof to create a more svelte silhouette than the standard model – which also means the two [already cramped] rear seats usually found in the GTC4Lusso GT car have been ripped out due to a lack of headroom. 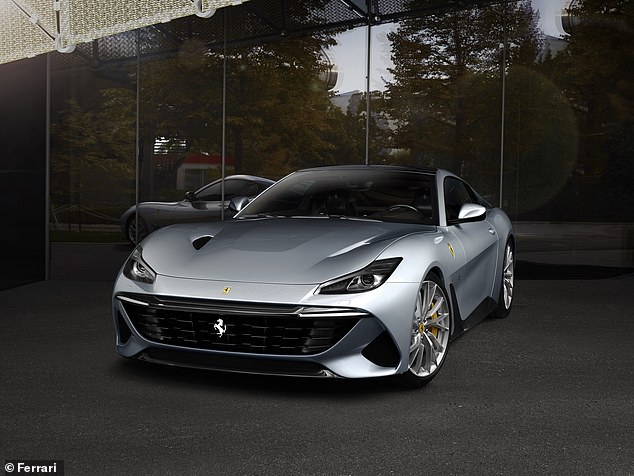 Such is the exclusivity of the bespoke car that Ferrari outright refused to put a price on it – reserving its cost only for the knowledge of its owner, who it also hasn’t named 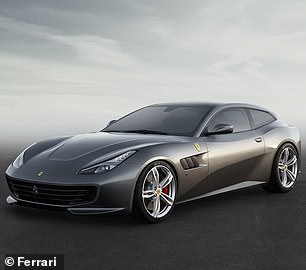 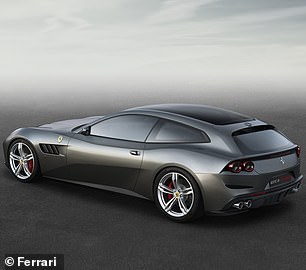 Underneath, it is essentially the GTC4Lusso, which in the UK starts from around £230,000. It shares its naturally-aspirated 6.3-litre, 681bhp, V12 engine that is capable of over 200mph 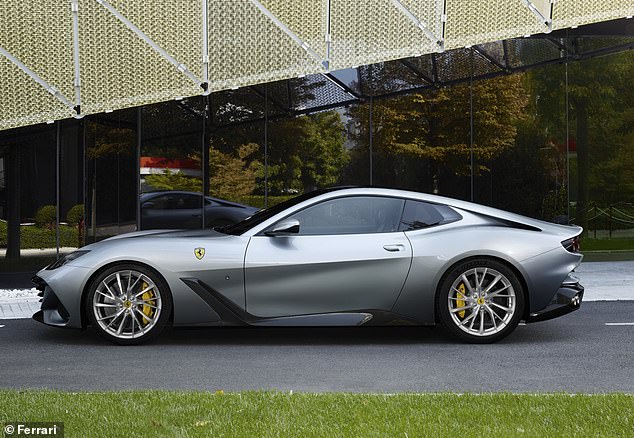 The BR20 features the ‘flying buttress’ design in an all-new roof. This is the section towards the rear of the car as it slopes down to act as a continuation of the panel

The legendary Italian marque has also revived the ‘flying buttress’ into the roof – a distinctive arch shape in the pillars that act as a continuation of the bodywork and shares design and name with the same treatments seen on some churches and other religious buildings.

While in most cases this is for aerodynamic improvements, it also adds elegance – certainly in the case of previous Ferraris, including the 1970s Dino 246 GT right up to modern-era examples, such as the 599 GTB.

The BR20 also gets a redesigned front end, with slimmer headlights that are lower in the nose to give the car a pointier presence to replicate famed V12-engined GT models like the 410 Superamerica and the 500 Superfast.

The grille has also been revised with new carbon-fibre insets and the front bumper and bonnet panel – which has a huge air outlet to aid engine cooling – are also one-off creations unique to this car.

The rear gets a new diffuser design and exclusive 20-inch alloy wheels set the BR20 apart from any other Ferrari to leave the Maranello factory. 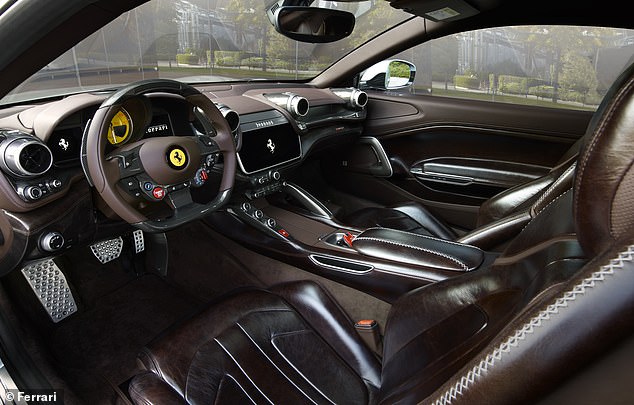 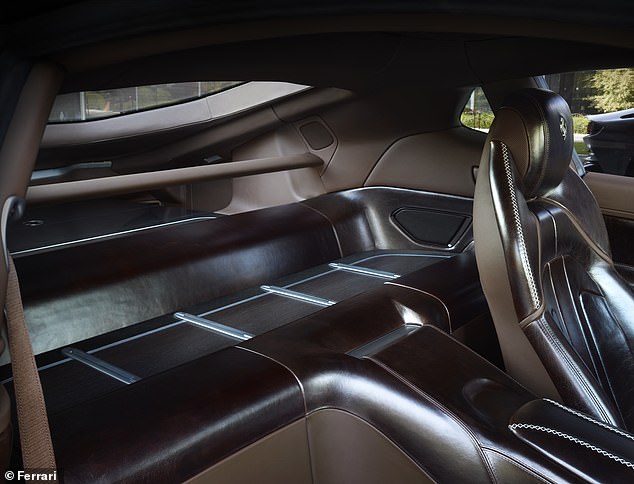 Inside, the owner has gone for a tasteful – though muted – combination of brown upholstery for the dashboard and match dark brown leather sports seats.

It certainly looks modest, which is more than what can be said about the eventual price tag for it to be built.

The Italian brand’s ‘One-Off’ series dates back to 2008. Its goal is to offer entirely personalised cars to give Maranello’s most important clients the opportunity to create a Ferrari that the brand will build just once for the ultimate in supercar exclusivity.

One creation we covered previously is the SP38 – a rebodied Ferrari 488 GTB revealed in 2018.