Festivalgoers in Leeds hit with rain as south scorches

So far it’s been the busiest weekend of the summer for our beaches, as temperatures hit 27C today and festival-goers hit Leeds, Reading and Creamfields.

The Met Office forecasts that Britain will be hotter than Faro, Portugal, on Sunday as temperatures hit 25C.

Though the south is hottest, the North will also enjoy temperatures up to 21C. Most are having plenty of sunshine and dry skies through the long weekend, though campers at Leeds Festival will have to endure partly cloudy skies with today’s temperature hovering around 20C.

And despite the forecast, revellers turned up in ponchos this morning as Leeds Festival’s second day got off to a damp and dreary start.

Dedicated fans turned up at the main stage for its second day this afternoon in hopes of securing a good spot for tonight’s Eminem concert. 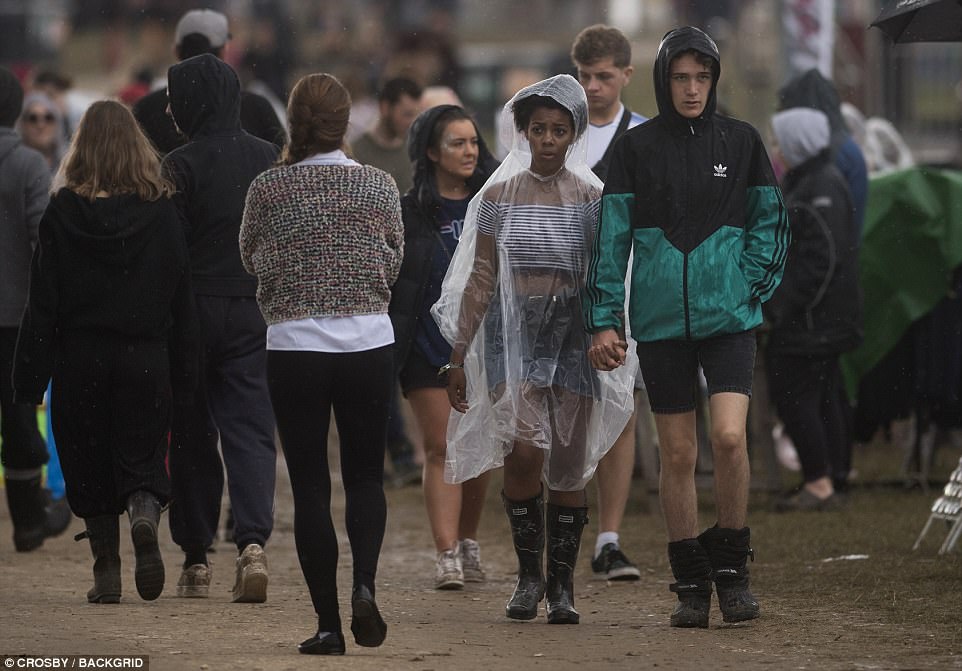 Reading first-timer and self-proclaimed ‘hardcore Eminem fan’ Marcus Black cut his hair and bleached it blonde for the occasion, and said he’d be waiting in the crowd until he saw his hero at 9.50pm.

‘You won’t find a bigger Eminem fan than me,’ he said. ‘I’ve been listening to his music since I was 11 years old, and I dyed my hair yesterday as well.

‘His will be better than the other acts because all his lyrics have meanings behind them. I looked them up and everything.

‘I don’t need any food. I have a packet of crisps, that will last me until ten o’clock. We’ll have to drink water, but we’ll hold it in, I’m not giving up this spot.’ 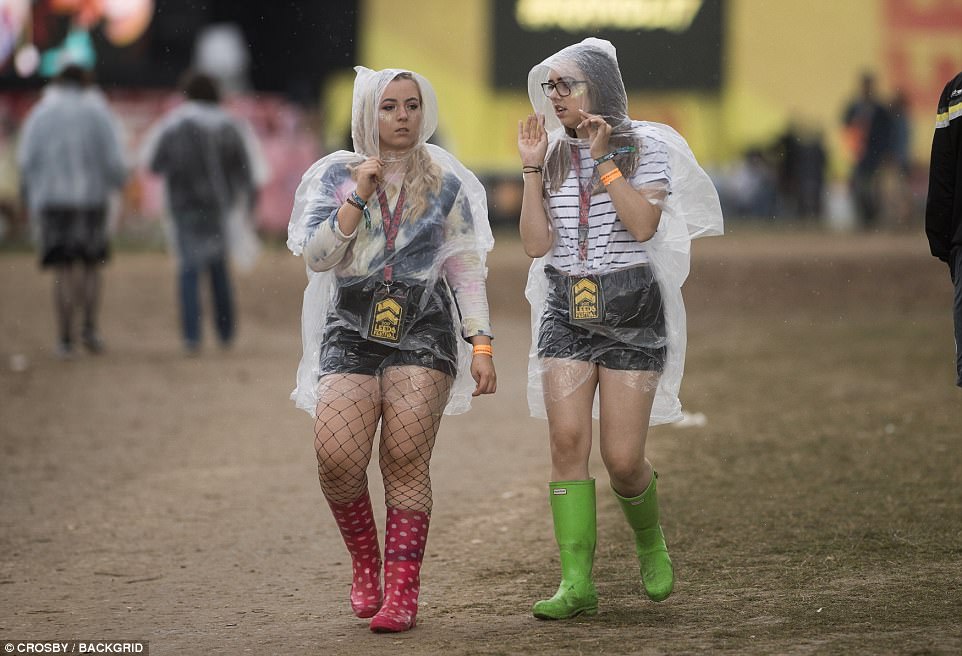 Despite the laid-back atmosphere, moods were up in the hot weather, as young women dressed in colourful trousers and lacy crop tops could be seen browsing the fashion stores while waiting for their favourites to step onstage.

Government forecasters say hot air from around France is helping the heatwave.

Met Office forecaster Marco Petagna said: ‘August’s hottest days are likely with Saturday due 27C, 25C on Sunday and a chance of 28C on Monday. 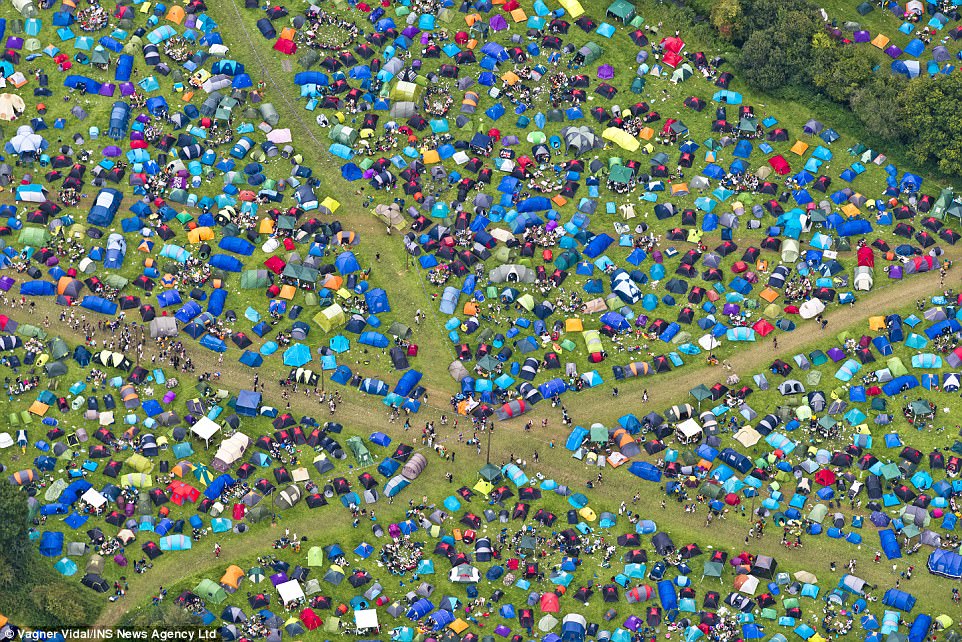 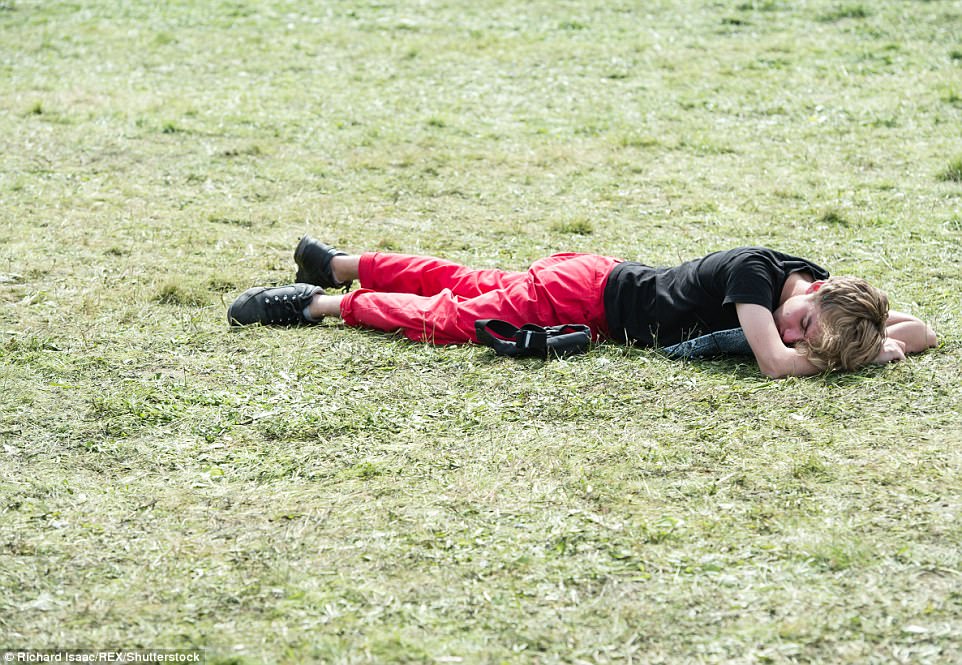 ‘There’s a push of air from the near-continent, with high pressure allowing heat to build over the UK.

‘It comes after maximum temperatures for August were below average for almost all areas of the UK.’ 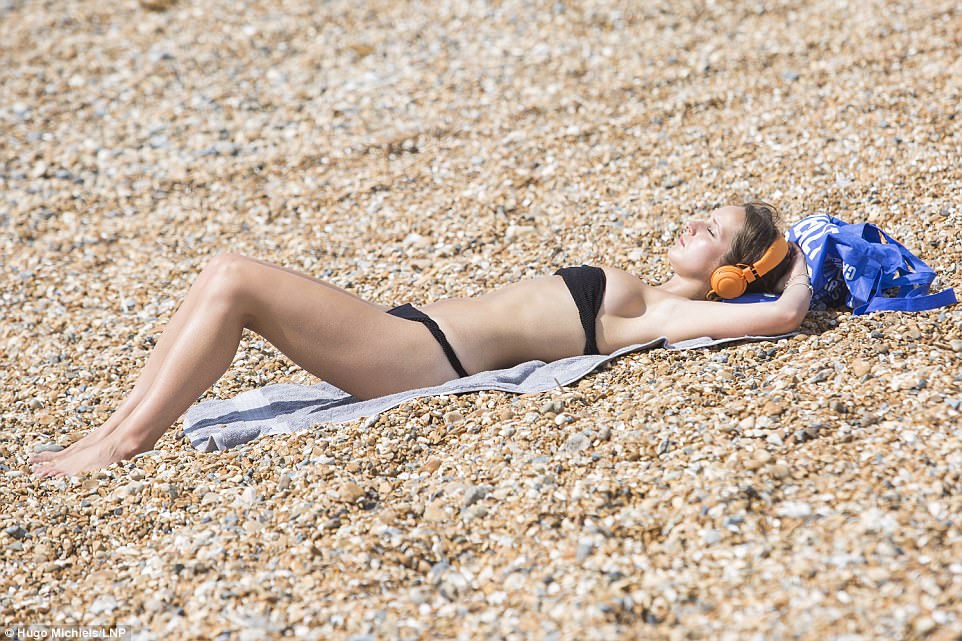 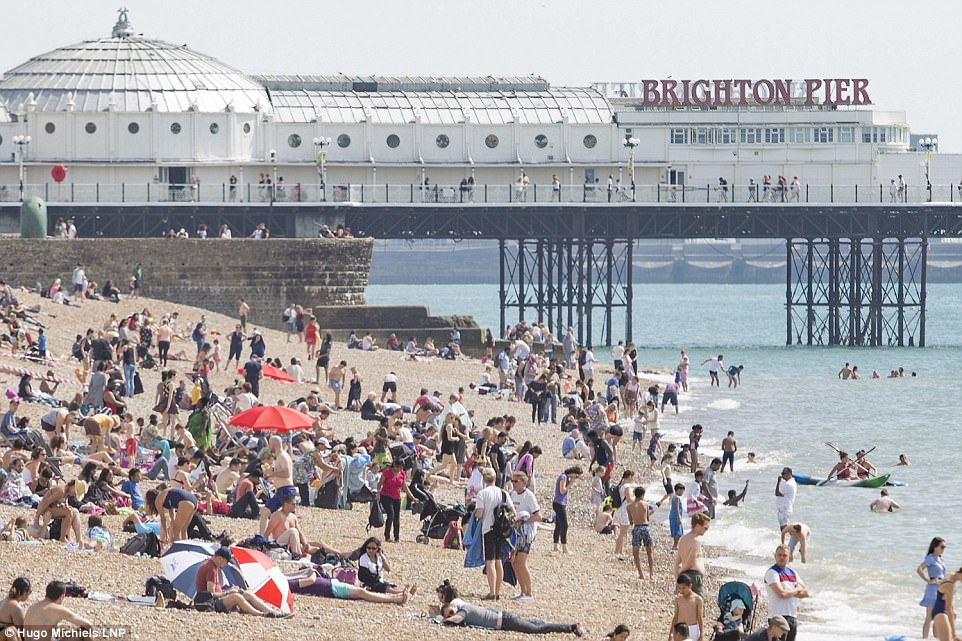 It comes at the perfect time, as one million visitors were due in Cornwall this weekend, with 300,000 visitors expected in Brighton across today and tomorrow, with 200,000 in Blackpool, 150,000 in Bournemouth and 150,000 in Great Yarmouth.

Traffic jams are expected on coastal routes including the A23 to Brighton, A31 to Dorset, A30 to Cornwall and M55 to Blackpool. 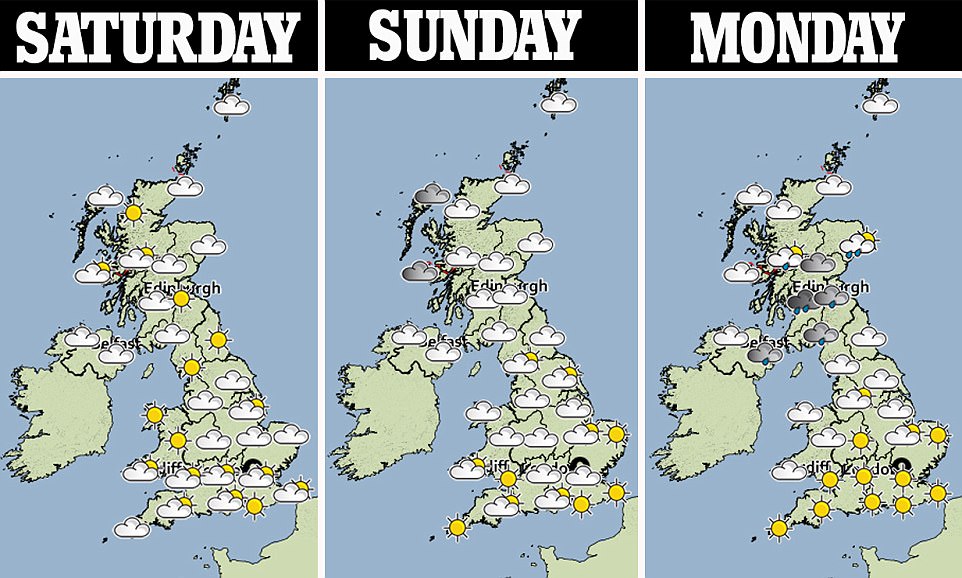 The end-of-summer sizzle is rescuing the coldest August for 45 years as festival-goers camp out at Reading and Leeds as well as Creamfields.

The 25.6C peak UK temperature from August 1-25 was August’s coldest maximum temperature for 45 years, since August 1972, when 25.1C was the maximum, Met Office records show.

This month’s 25.6C high was measured on Wednesday at Weybourne, Norfolk.

Highs are expected to ease to 22C from Tuesday.