Fetty Wap arrested at airport after his ankle monitor went off

Fetty Wap was arrested Friday at Newark Liberty airport after his ankle monitor went off and alerted authorities to his whereabouts.

The latest incident comes a month after the rapper posted $500,000 bail following his arrest in connection with a huge bust, which is likely why he had been fitted with the supervision device.

TMZ reports that there was a separate warrant out for his arrest for public nuisance in North Bergen, New Jersey, which came up when cops ran his information at the airport.

Pictured: Fetty Wap arrested at airport as his ankle monitor alerts cops of his whereabouts on Friday in New Jersey… after rapper posted $500,000 bail over huge drug bust

Fetty, whose real name is William Junior Maxwell II, was handcuffed by officers at the airport who booked and arrested him. 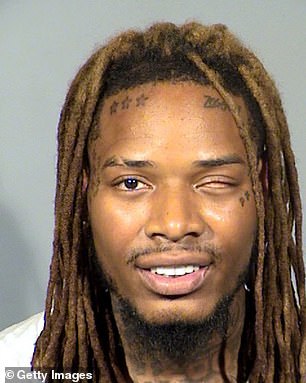 The rapper was previously arrested for drunk driving

He was pictured wearing a balaclava style face mask at the time of the arrest.

Per the report, the 32-year-old performer will be able to make bail and be released.

Last month, authorities released photos of the large stacks of cash and drugs seized during the rapper’s huge drug bust at a music festival.

The Suffolk County District Attorney’s office released pictures of the bust, which included $1.5 million in cash, stacks of cocaine, and bags of heroin, as well as fentanyl.

The photos show the huge stash of cash, consisting of hundred, fifty and twenty and ten dollar bills that add up to over a million dollars divided up into a dozen large, clear baggies as well as drug paraphernalia including metal pipes and hollow boxes.

Also photographed were a stack of what appears to be multiple bricks of cocaine as well as stacks of heroin baggies and bricks wrapped in aluminum labeled ‘AC’.

Fetty was arrested by FBI agents at the sports stadium and arraigned in a courtroom in Central Islip, New York and was ordered detained until trial. 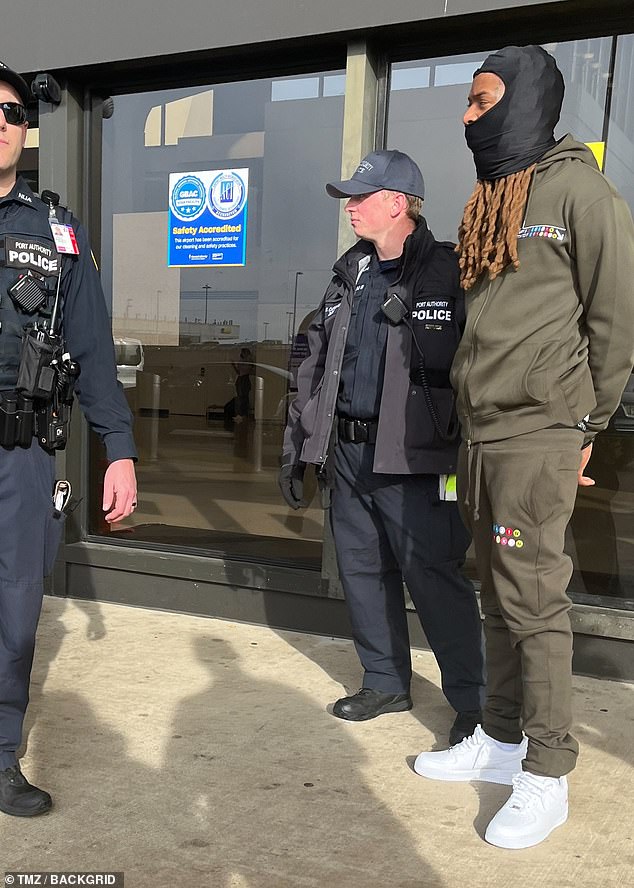 Arrest: Fetty, whose real name is William Junior Maxwell II, was handcuffed by officers at the airport who booked and arrested him

He and five others are accused of operating a drug ring with a conspiracy to sell the drugs at the festival.

The group allegedly ran a multimillion-dollar drug operation and moved more than 100 kilos of opioids and fentanyl, a powerful and extremely dangerous opioid, from the West Coast to the East Coast, selling it across Long Island and New Jersey, officials said.

Hours before his arrest, the rapper posted a cryptic note on his Instagram story, writing: ‘N***** move cautious never worried,’ with a prayer emoji and a crown emoji.

He was photographed arriving at Citi Field with an entourage hours before the bust. 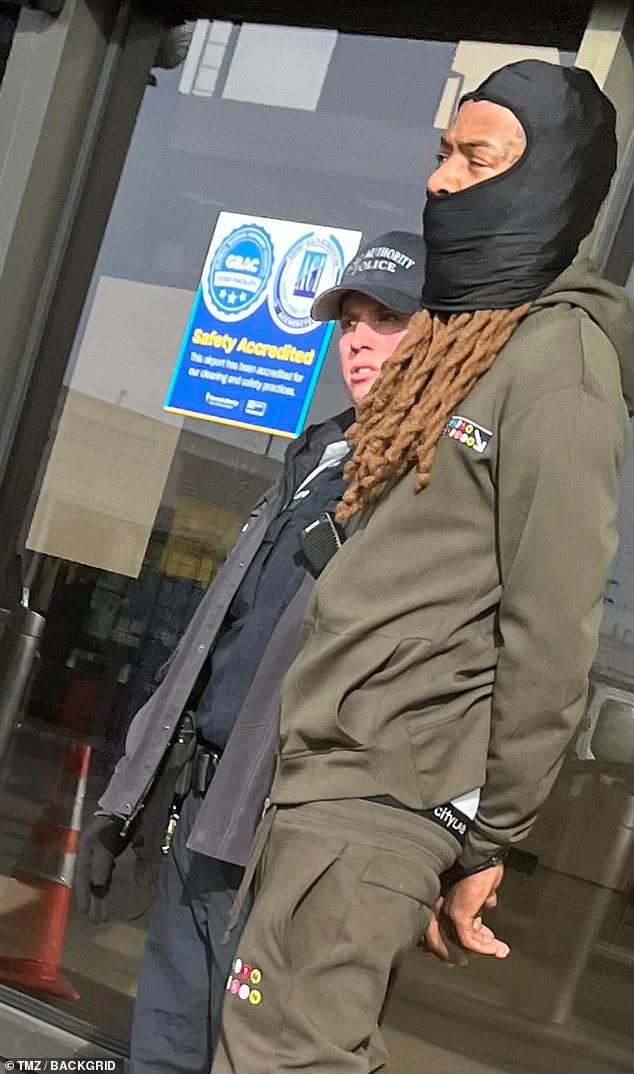 Caught: He was pictured wearing a balaclava style face mask at the time of the arrest

The rapper was charged along with five others; Anthony Cyntje, a New Jersey correction officer, Anthony Leonardi, his brother Robert Leonardi, Brian Sullivan, and Kavaughn Wiggins.

It’s unclear how long he has been under FBI investigation or if anyone else has been implicated in the probe.

FBI agent Michael Driscoll said: ‘The fact that we arrested a chart-topping rap artist and a corrections officer as part of the conspiracy illustrates just how vile the drug trade has become.’

The rapper has been arrested in the past; in 2017, he was charged with drunk driving, reckless endangerment, aggravate unlicensed operation of a motor vehicle, illegally changing lanes, and drag racing. 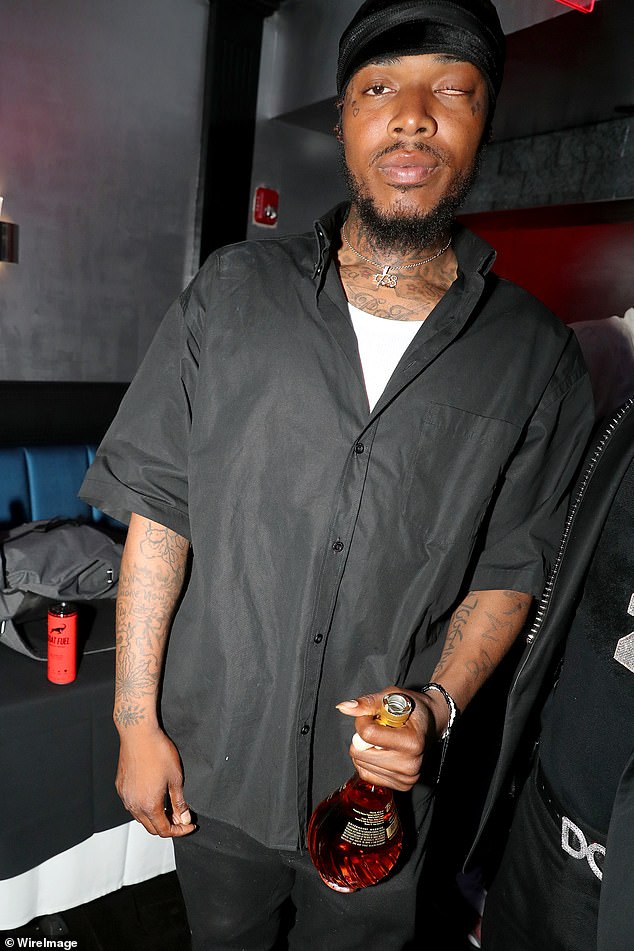 Swift exit: Fetty, whose real name is William Junior Maxwell II, was handcuffed by officers at the airport who booked and arrested him (Pictured in May)