There was a sense of relief in British tennis on Monday as a sponsor has finally been found for the pre-Wimbledon tournament at London’s Queen’s Club.

The Lawn Tennis Association announced that the event will be known as the Fever-Tree Championships and a special gin and tonic is to be created as part of a marketing drive for the premium mixer brand.

The three-year deal makes Fever-Tree only the third sponsor after Stella Artois and Aegon in 40 years at Queen’s. No official figures were given but it is known that the sum is well below the £3-£4million a year that had been hoped for.

Until last year Queen’s was the most alluring part of an umbrella sponsorship of the British game but it was felt revenues could be maximised by selling the rights separately to other tournaments.

That has not transpired and a commercial backer is still being sought for events at Eastbourne, Birmingham and Nottingham.

Queen’s pristine grass courts and its proximity to Wimbledon means it always attracts a strong field. This year it could be the first serious test for Andy Murray, a five-times champion, if his comeback from hip surgery goes to plan. Rafael Nadal is also expected to be in the field. 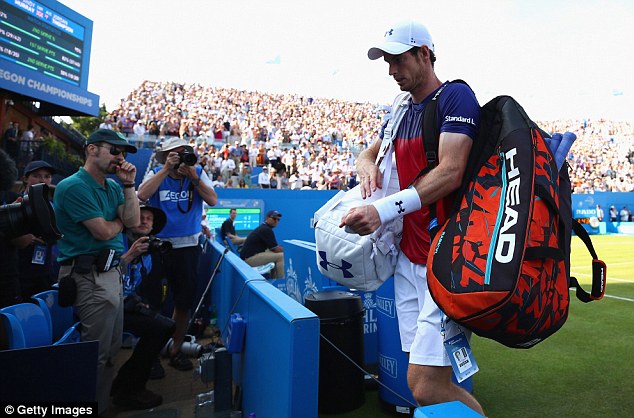