Jacky Werner’s worst nightmare came true on Sunday when she received the news her fiance had died on his way to their new home together.

Rennie D’Arcy suffered fatal injuries in a head-on collision during his journey from the couple’s old home in Mt Compass, Adelaide, to Coleraine in Victoria.

The 58-year-old’s car collided with a 26-year-old at the wheel in Struan, near Naracoorte, but the younger driver escaped with just minor injuries, Adelaide Now reported.

Jacky Werner’s (left) worst nightmare came true on Sunday when shortly after arriving at her new home she received the news her fiance, Rennie D’Arcy (right), had died on his way there

Ms Werner, 57, arrived at the couple’s new home armed with champagne and chocolate, and shared a celebratory post to Facebook saying, ‘Made it’.

However, just 20 minutes earlier her soon-to-be husband was killed at the wheel.

He was accompanied by the pair’s kittens and dogs, one of which first alerted Ms Werner something had not gone to plan.

She received a ‘dreadful’ call from a stranger telling her they’d found one of her dogs, Scout, wandering the Riddoch Hwy.

‘My best day turned to my worst. I thought we’ve made it, we’ve got through, I thought I would actually succeed, now that has gone away,’ Ms Werner said. 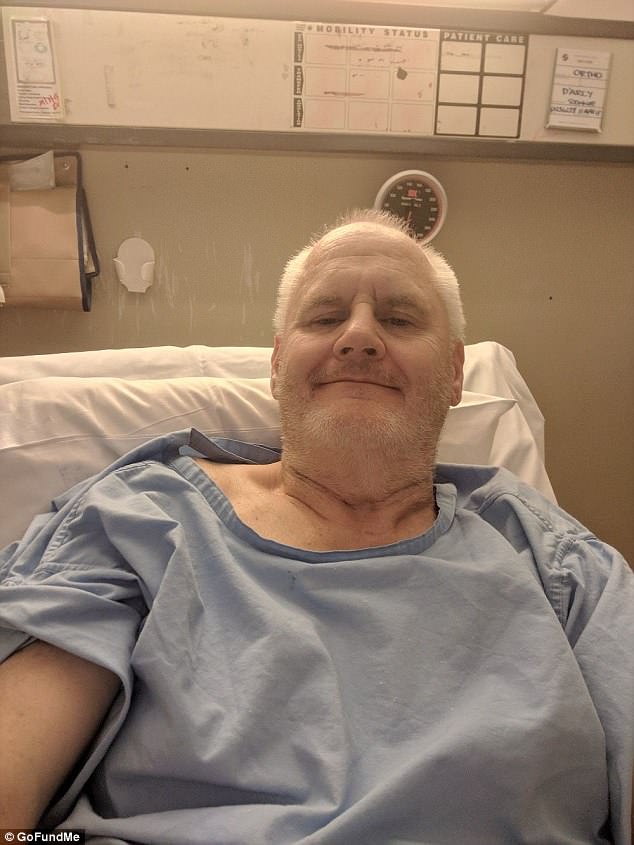 Mr D’Arcy (pictured) was accompanied by the pair’s kittens and dogs, one of which first alerted Ms Werner something had not gone to plan

Her late partner had endured several health set-backs and was driving with two prosthetic legs at the time of the crash, having lost both legs to necrotising fasciitis ten years ago.

He also narrowly avoided death in 2014, when he plunged into a dam in the Adelaide Hills after swerving in an effort to avoid colliding with another motorist.

In the past two years, Mr D’Arcy lived through a bladder infection and a superbug in his kidneys that landed him in a coma for six days.

Ms Werner gave up her dog salon and become his full-time carer.

She said she met Mr D’Arcy four years ago and described him as an ‘indomitable spirit’.

‘He didn’t take no for an answer … it takes a certain kind of person to take what had happened to him in his health journey.’ Ms Werner said her partner was a selfless man who would give the shirt of his back to anyone in need . They had been planning their move for four years.

The couple were looking forward to finally tying the knot once they were settled in their new home.

‘That was our dream, there was finally a solution to an increasing stressful time so we bought the place to downsize.’

The widow still intends to change her last name and said she felt grateful she was able to enjoy what many people spend their life searching for – love.

Mr D’Arcy endeavoured to become a motivational speaker after moving to Victoria.

The community has set up a My Cause account to help Ms Werner.