The perky new Fiat 500 has been named electric car of the year in the inaugural Electrifying.com awards.

Priced from £20,495 (after deduction of the £2,500 plug in car grant) and with a choice of ranges up to 118 miles or 199 miles, it also picked up the title for best small car in the first awards from the leading specialist electric car website.

Judges praised its affordability, retro-chic, design and driving range of the New 500. The car has 85kW fast charging enabling the battery to reach 80 per cent range in just 30 minutes or receive a 30 mile boost in around five minutes.

Ginny Buckley, founder and CEO of Electrifying.com said: ‘Fiat have taken a much loved car and reinvented it for the electric revolution.

‘It brings affordable electric chic to the city car market. And who can resist the first mainstream electric convertible.’

The pro-EV website, designed to inform drivers about what the latest models offer, had a conflicting opinion with the World Car of the Year awards panel, which voted the new Volkswagen ID.4 electric SUV the best motor to hit the market this year.

The jury of 93 international journalists from 28 countries said it was the best new car of 2021 – though it failed to even get a sniff in Electrifying.com’s prizes.

Fiat’s new electric 500 didn’t get a look in for the World Car of the Year gong for best urban car, which went to the battery Honda e.

Nicki Shields from the EV site said: ‘Fiat’s reinvention of the 500 as an electric car is a genius move. It retains all the retro chic you’d expect but adds in the very latest technology. It’s affordable too, and the electric range on top versions embarrasses most rivals.’ 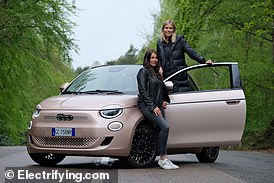 Car of the Year: Fiat 500 Electric

At the other end of the electric spectrum, Pininfarina’s 217mph Battista hypercar took the ‘Electric Dream’ award. Judges noted: ‘With its extreme performance and spectacular appearance, it dispels any doubts that electric cars can be more exciting than petrol power.’

It accelerates from rest to 62mph in under two seconds but will cost a staggering £2.4million.

Buckley said: ‘We were looking for a car which will convince the naysayers that an electric car can be more exciting than anything powered by petrol – and the gorgeous Pininfarina Battista is the car to do that.

‘It’s a car from the company responsible for some of the world’s most beautiful cars and is destined to adorn many teenagers’ bedroom walls.’

Electrifyingcom’s Tom Barnard said the Battista was a dream car, but not a pie-in the sky car for dreamers: ‘The Battista is a real car which does everything we’ve been promised.’

Paolo Dellacha, Automobili Pininfarina chief product and engineering officer, said: ‘This award absolutely reinforces what we believe we have achieved with the Battista. It is now much more than a dream.’

The win follows the recent launch of Automobili Pininfarina London, with the appointment of Jardine Motors Group as its London and the southern UK retail partner. Potential clients were offered the pportunity to take to the passenger seat of the Battista hyper GT at Goodwood Motor Circuit to get their first feel of the car’s exceptional dynamics. 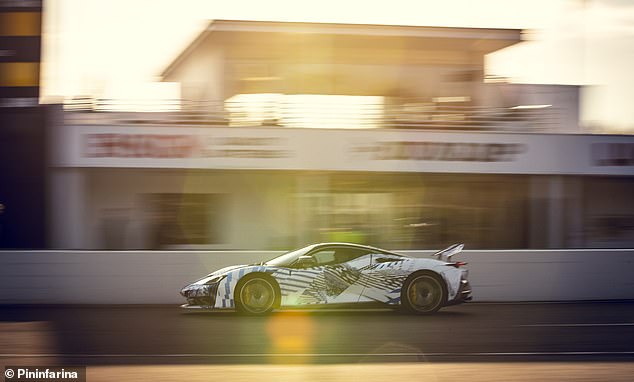 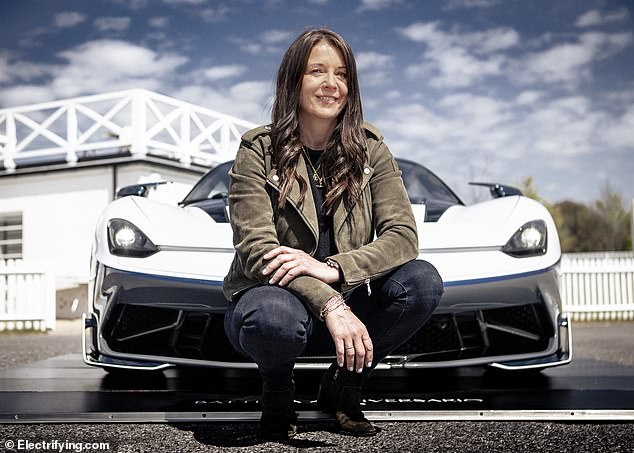 ‘It’s a car from the company responsible for some of the world’s most beautiful cars and is destined to adorn many teenagers’ bedroom walls,’ says Buckley 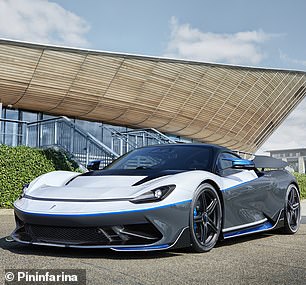 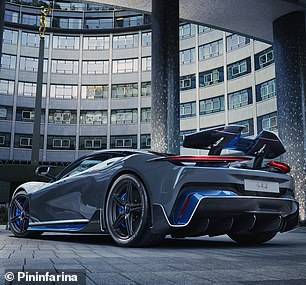 The Battista is a real car which does everything we’ve been promised, says the website. It accelerates from rest to 62mph in under two seconds but will cost a staggering £2.4million

Other winners included the MG5 EV, which took the ‘best value’ prize. Last year, Which? revealed it was being sold with £225 roof rails that are unable carry any weight – and if drivers ignore this detail it could ‘result in an accident or damage to the vehicle’.

Just two of these cars – the Skoda Enyaq and Nissan Leaf – currently qualify for the Plug-in Vehicle Grant, offering up to £2,500 off purchase prices. The rest are all too expensive to qualify for the scheme, which has a cut off for models only under £35,000.

Read our guide to the 27 EVs that currently qualify for the Government’s Plug-in Vehicle Grant scheme.

Charging station firm Gridserve – which opened the first electric car forecourt at the end of last year – was handed an award for best innovation and entrepreneur Alejandro Agag – CEO of the Formula E racing championship – won the motorsport prize. 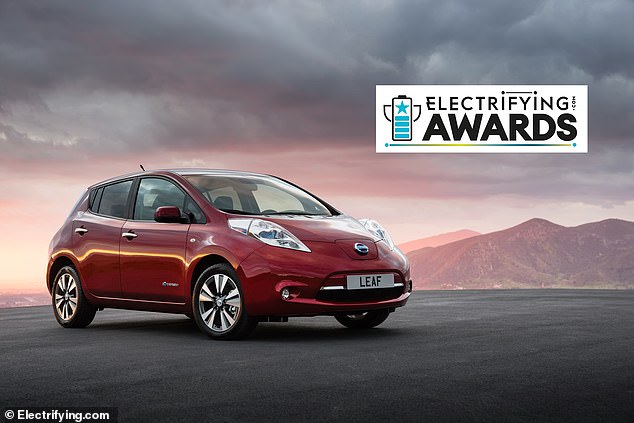