FIFA has formally moved the World Cup start up by one day and given host nation Qatar an exclusive Sunday evening slot with a global audience.

Qatar will now play Ecuador in Doha on Nov. 20 – just 101 days after FIFA’s decision Thursday – stretching the World Cup to 29 days from the 28 agreed seven years ago after a June-July tournament was pushed back to avoid the searing desert heat in midsummer.

The surprise late switch was signed off by a FIFA committee comprising its president Gianni Infantino and presidents of the six continental soccer bodies. FIFA said the vote was unanimous.

The plan was revealed Wednesday after several rounds of ticket sales to fans worldwide since last year.

‘FIFA will seek to address any issues arising from this change in a case-by-case basis,’ soccer’s world body said Thursday regarding fans whose travel plans are affected.

The date change was said to be supported by tournament organisers in the tiny gas-rich emirate, South American soccer body CONMEBOL and the two teams’ national soccer federations.

Qatar will now make its World Cup debut kicking off against Ecuador at 7 p.m. local time on Nov. 20 after an opening ceremony on the field at the 60,000-capacity Al Bayt Stadium. 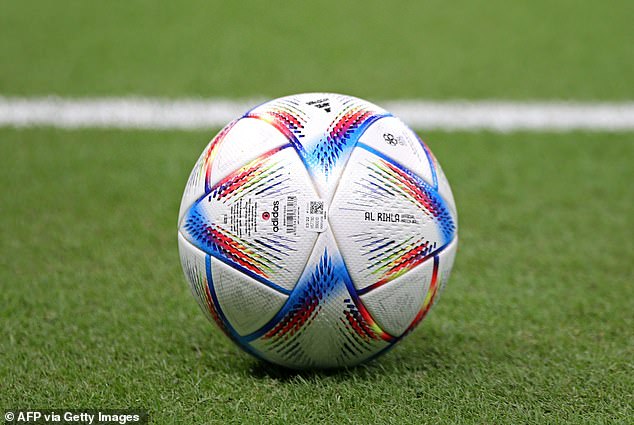 The opening game until Thursday’s decision was Netherlands-Senegal in Qatar’s Group A, starting at 1 p.m. local time on Nov. 21, a Monday. That game is pushed back six hours to the 7 p.m. Monday slot vacated by Qatar-Ecuador.

The governing body added in a statement: ‘The decision followed an assessment of the competition and operational implications, as well as a thorough consultation process and an agreement with key stakeholders and the host country.

‘The release period, as previously decided and as governed by the Regulations on the Status and Transfer of Players, will remain unchanged, beginning on 14 November 2022.

‘Ticket holders will be duly notified by email that the relevant matches have been rescheduled and their tickets will remain valid irrespective of the new date/time.’