Lauber and Infantino have denied any wrongdoing with the FIFA chief saying he met the Attorney General as part of his duties as president of the governing body.

The ethics committee said it had received a complaint on June 21 and had received documentation from various Swiss authorities and administrative courts.

‘All of this material has been duly scrutinised by the chairperson of the investigatory chamber in the context of the preliminary investigation,’ the committee said in a statement.

‘Based on the information available to date, no aspect of the conduct analysed constitutes a violation of the FIFA regulations,’ it added.

The committee said some parts of the complaints did not ‘even fall within the provisions of the FIFA code of ethics, or justify the adoption of any kind of measure, including that of a provisional suspension’. 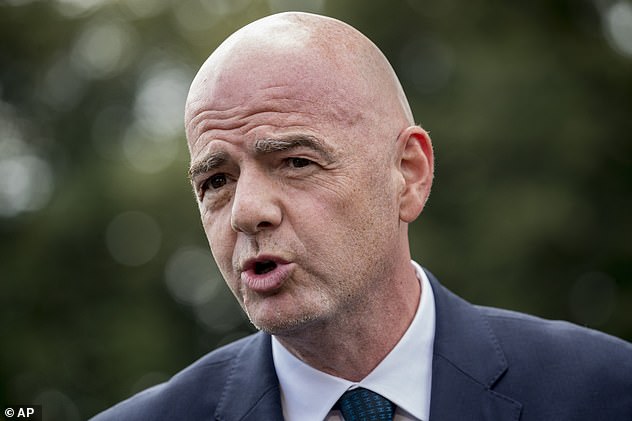 FIFA said that, at the time of the meetings held in 2016 and 2017, the Attorney General’s office was conducting investigations in more than 20 cases related to a scandal in which FIFA became embroiled before Infantino was elected president in 2016.

‘There is no factual basis whatsoever for this criminal investigation,’ FIFA deputy general secretary Alasdair Bell told a news conference this month, describing the investigation as ‘grotesque’ and ‘absurd’.

On Wednesday, the Swiss parliament dropped its impeachment case against Lauber after he agreed to leave office later this month.

FIFA was embroiled in the worst corruption scandal in its history in 2015 which led to several officials being indicted in the United States on corruption-related charges. 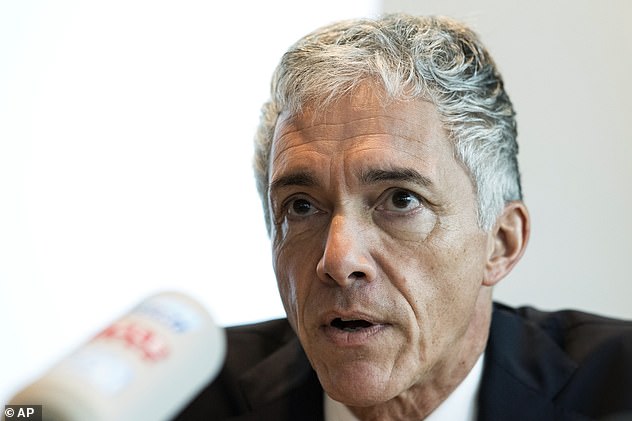 Infantino was elected in 2016 to replace Sepp Blatter, who was the subject of criminal proceedings in 2015.

Blatter was banned by FIFA’s ethics committee, although the investigations against him are still ongoing and he has not been charged. He denies wrongdoing.

On being elected, Infantino promised to clean up FIFA and to put the focus back on football.