FIFA is open to having discussions about temporary substitutions if players suffer serious head injuries in matches.

And now FIFA’s medical committee head Michel D’Hooghe has told The Times: ‘Introducing substitutes specifically for concussion is a possibility and something worth discussing.

‘But if you bring a player off for 10 minutes and they are then reintroduced without warming up properly, it’s more likely to lead to muscle injuries… there are problems with that too.’

In addition to temporary substitutions, Headway called for ‘independent doctors with expertise in concussion’ to take the final call on whether a player is fit to continue.

However, D’Hooghe believes it would be difficult for independent doctors to assess players.

‘The advice from FIFA and UEFA is clear. At every occasion and before every tournament we tell the doctors that they must follow the protocols,’ he added. 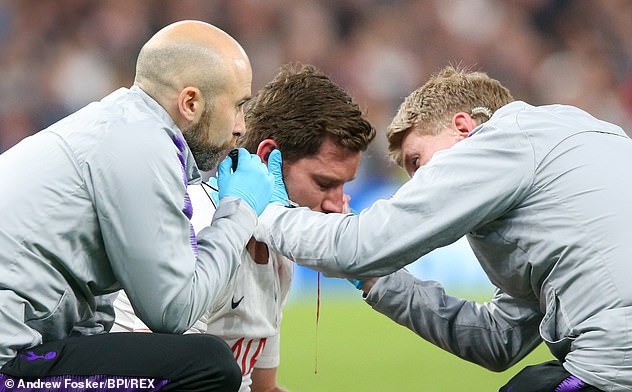 ‘The team doctors must be responsible for their own players. They know the players and are in a better position to assess whether they have been unconscious, or are in danger.’

Vertonghen underwent further assessment on Wednesday and tests would continue for the next few days, Tottenham said.

‘We shall also be seeking independent advice and Jan is due to see a neurologist who specialises in elite athletes tomorrow. The player has reported no ill-effects today,’ the club said on their website. 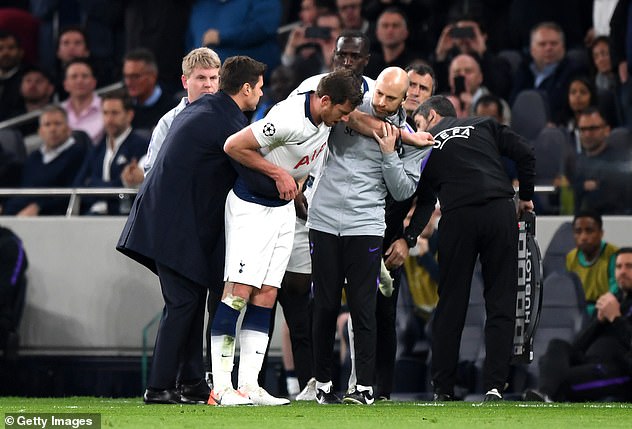