FIFO worker, 30, shares how married men react to her on the job site

Glamorous FIFO worker, 30, shares the scandalous messages she’s received from married men while working on the job site: ‘I need you’

A young female FIFO employee working in remote West Australian mines has shared how some married men act around her while on the job site.

Maddy Tull, 30, shared a series of now-viral videos on TikTok exposing the Instagram messages she often receives from the anonymous men.

‘I’m single but not as single as the married men on a mine site,’ she wrote in one clip. 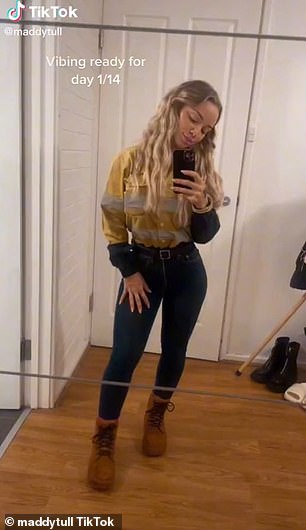 Australian FIFO worker Maddy Tull, 30, (pictured) shared a series of now-viral videos on TikTok exposing the Instagram messages she often receives on a daily basis from men at work 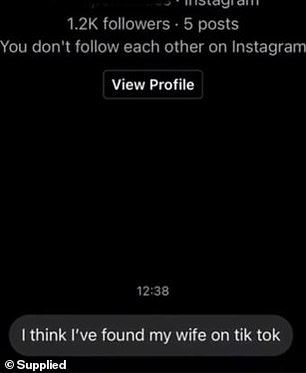 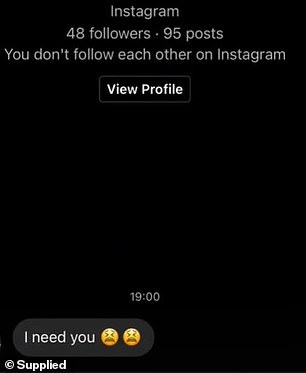 In one clip Maddy shared screenshots of the messages she has received from different men. One man said ‘I need you’ and ‘you’re incredible’

In one clip, Maddy shared screenshots of the messages she has received from different men, including one that said ‘I need you’ and ‘you’re incredible’.

Another man wrote: ‘I think I could definitely help out with your wet socks.’

In the comments one man jokingly said ‘what wife?’, and Maddy responded by saying: ‘I seem to have caught dementia’.

‘I think I’ve found my wife on TikTok,’ another man said in a message after watching her flirtatious videos.

In a separate video, Maddy recorded herself hosing down the pavement at work before being complimented by her colleague about the task.

She then joking dubbed herself as a ‘certified hose handler’ simply from ‘holding a hose’.

Meanwhile, other women praised Maddy for ‘exposing the dogs’.

The glamorous young worker moved to Perth in 2020 after feeling like she needed ‘more out of life’.

She didn’t know anyone, had no idea what she would do for work and left ‘everything’ behind.

‘I cried that day I arrived here. One word: Growth,’ she wrote online.

Maddy encouraged others to chase their dreams and to not let fear set them back – particularly women wanting to start FIFO work.

‘Pursue the things that set your soul on fire, leave behind anything and anyone that holds this back. Surround yourself with the supporters that only want to see you succeed,’ she added.