FIFPro warn players about signing for clubs in China, Turkey, Greece and more this summer

Watch out for payday problems! FIFPro warn players about signing for clubs in China, Turkey, Greece and more this summer due to ‘widespread contract violations’ that have seen hundreds of stars fail to receive their wages

Global players union FIFPRO has warned footballers about the risks of signing for clubs in China, Turkey, Greece and several other countries this summer due to ‘systematic and widespread contractual violations’.

China’s football association said in April that clubs who failed to settle all outstanding wages by December 31 would be relegated or expelled, with Chongqing Liangjiang Athletic the latest team to collapse due to rising debts.

Chongqing players had shared an open letter on social media in May saying they had not been paid.

Daniel Sturridge, pictured at Trabzonspor, is among the high-profile players to have moved from the Premier League to a club in Turkey

FIFPRO said non-payment of salaries was also a recurring problem for players in Algeria, Saudi Arabia, Romania and Turkey while second-division clubs in Greece often cease operations without honouring debts. 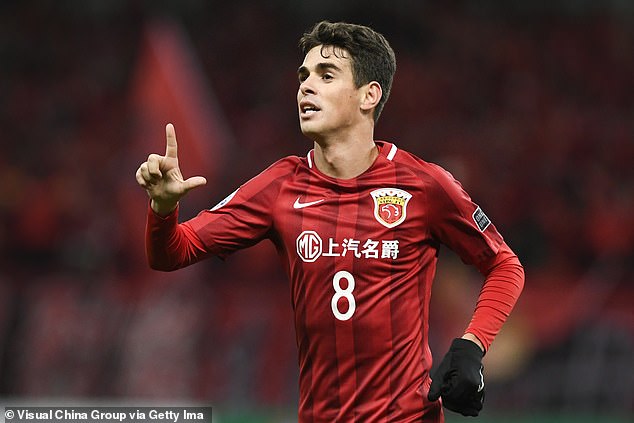 Former Chelsea star Oscar is still in China, having moved to Shanghai SIPG back in 2017

‘For the past two years, Greece has been the country with the highest number of players seeking to get some of their unpaid wages from the FIFA Player Protection Fund.’

World governing body FIFA teamed up with FIFPRO in 2020 to set up the fund to provide compensation for players when their clubs fall into financial difficulties or go out of business, with £3.4m set aside this year.

FIFPRO also said it was concerned about the increasing number of foreign players stranded in Libya as clubs that employ them ‘refuse to provide the relevant documentation to leave’.