Fighting With My Family is like wrestling: knockabout, crowd-pleasing fun… and a bit fake too

Back in 2012, Dwayne ‘The Rock’ Johnson was in London filming Fast & Furious 6. He couldn’t sleep one night, so he turned on the TV and found himself watching a Channel 4 documentary about a wrestling-mad family from Norwich.

Dad wrestled, mum wrestled, two brothers wrestled, but what grabbed his attention particularly was that so did the teenage daughter Saraya, who rocked a goth look with plenty of East Anglian attitude and fought under the name of ‘Paige’.

Suddenly, the former pro-wrestler turned film star had two ideas. First, that if she went to the United States, Paige might make a terrific World Wrestling Entertainment champion, and second, that if she succeeded, wouldn’t her Norwich to New Orleans, Lowestoft to Los Angeles story make a terrific film? 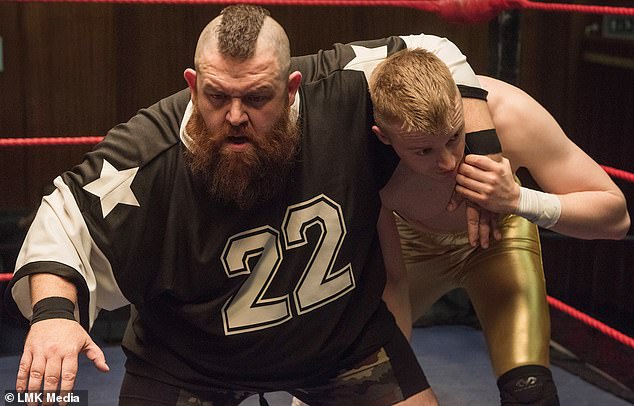 Nick Frost is on top comic form as Nicky (above with Jack Howden as his son Zak) in Fighting With My Family, a watchable film about a wrestling mad family directed by Stephen Merchant

And it does… up to a point, with Stephen Merchant, who was brought in by his old friend Johnson to write and direct (apparently they met on the set of Tooth Fairy in 2010, but who knew?), mixing up the inevitable emotion as an apparent no-hoper has her one shot at the big time with the sort of good-natured humour we’ve come to expect from him.

It’s a bit touching one minute, laugh-out-loud funny the next, and certainly far more family-friendly than Glow, the rather racy Netflix drama about female wrestlers.

It helps that Merchant is directing an absolutely top-notch cast, with Florence Pugh – she of Lady Macbeth and TV’s The Little Drummer Girl fame – as Saraya, and Jack Lowden – familiar from both Dunkirk and Mary Queen Of Scots – as her brother Zak, who’s almost more desperate to make it through the WWE selection trials than she is. 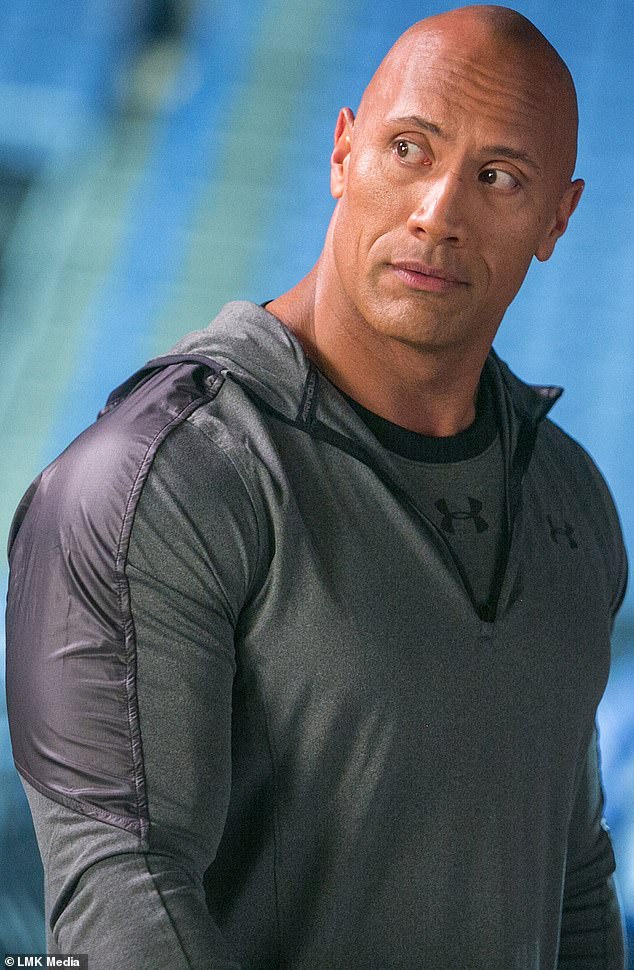 Pugh doesn’t altogether convince as an athlete but gives it a game old go, while Lowden is so good he almost unbalances the film. But together they provide its emotional heart.

Throw in Nick Frost, on top comic form as her dad, a slightly under-utilised Lena Headey as her mum, and the inevitably larger-than-life Johnson playing himself, and you have all the ingredients for… well, something just a little bit better than we actually get.

Don’t get me wrong – it’s easy, likeable watching, a classic tale of underdog makes good; A Star Is Born, if you like, for wrestling fans. 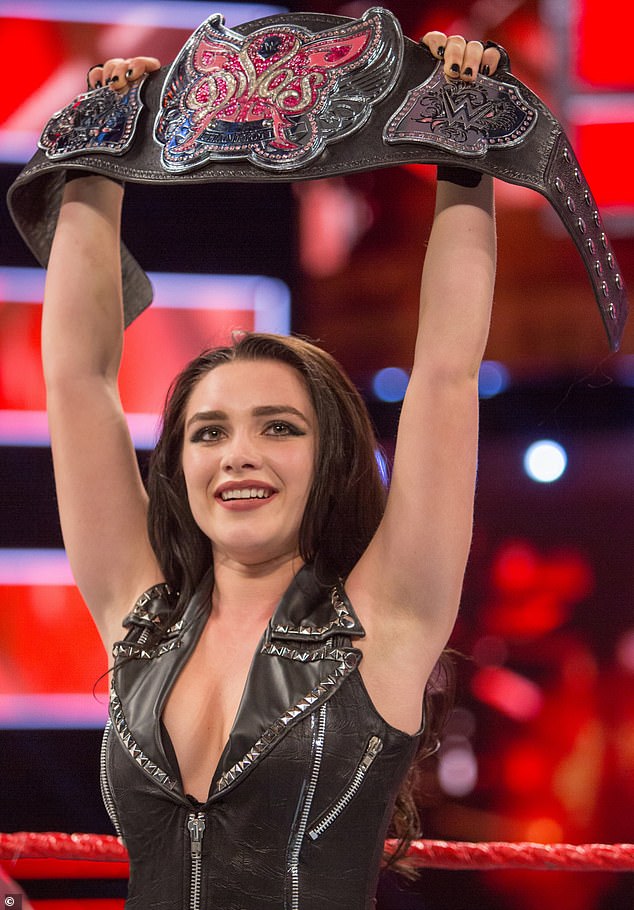 Merchant is directing a top-notch cast including Florence Pugh as Saraya, aka ‘Paige’ (above) who doesn’t altogether convince as an athlete but gives it a game old go

But I’m sure I won’t be alone in being somewhat dismayed by the discovery that the WWE not only has a key dramatic role to play in the story but co-produces too.

In other words, it has put money into a film about itself, a fact that, once realised, lends the proceedings a sanitised, self-promotional air.

Back in the Seventies, when Kent Walton commentated on the likes of Big Daddy, Giant Haystacks and Kendo Nagasaki on a Saturday afternoon, we all suspected wrestling was rigged, but no one actually knew. 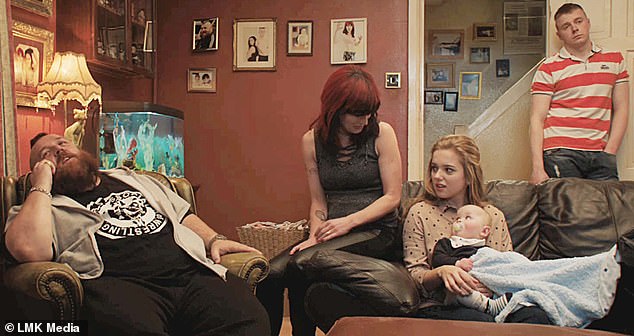 Lena Headey (above with Frost, Hannah Rae and Howden) is rather under-used as Paige and Zak’s mum but the end result is knockabout, crowd-pleasing fun. And a bit fake too

Now the fact that pro-wrestling – described here as ‘soap opera in Spandex’ – is ‘fixed not faked’ is an open secret, part of the pantomime fun in fact. Which, while robbing the film of some of its sporting drama, also makes you wonder how many dramatic punches were pulled along the way.

Is Hutch (Vince Vaughn), the wrestlers’ uncompromising trainer, really as nasty as the WWE gets? Somehow I doubt it.

Nevertheless, the end result – like wrestling – is knockabout, crowd-pleasing fun. And a bit fake too.

Keira Knightley looks gorgeous in gold silk, Alexander Skarsgård cuts a hunky dash in period knitwear and Jason Clarke shows he can pull off a decent English accent and be rather good at the same time.

But ultimately they can’t stop the feeling setting in that rather too much has been packed into this Hamburg-based tale of romance and post-war rebuilding for its own good.

A slightly miscast Knightley plays Rachael Morgan, who in the final months of 1945 travels to the fire-bombed ruins of Hamburg to support her husband, Lewis (Clarke), a British colonel struggling to control the starving and increasingly rebellious local population. 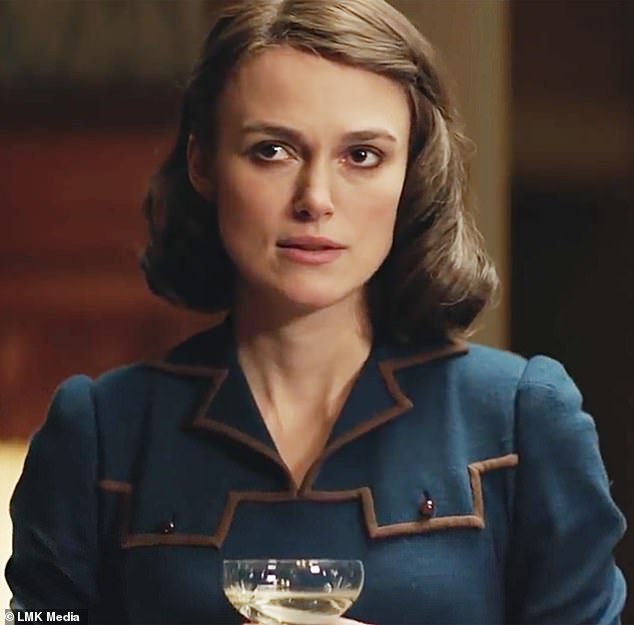 A slightly miscast Keira Knightley (above) plays Rachael, who in the final months of 1945 travels to the ruins of Hamburg to support her husband, Lewis (Jason Clarke) in The Aftermath

But he’s weary of war and sensitive to the Germans’ mounting anger. His wife, however, is seething with hatred.

She can hardly bear to be in the same room as a German, which is unfortunate as she and her husband have just been billeted in the beautiful house owned by the handsome and recently widowed architect Stefan Lubert (Skarsgård).

To describe the shared living arrangements as tense is to be guilty of understatement. Then again, Herr Lubert – impeccably mannered and speaking perfect English – is very good looking…

Adapted from a novel by Rhidian Brook and directed by James Kent, who brought us Testament Of Youth, this is a film about loss, grief, revenge and, slightly surprisingly, sexual desire.

But the screen chemistry between Knightley and Skarsgård is modest, while subplots involving Lubert’s rebellious teenage daughter and a bullying British intelligence officer (Martin Compston) struggle to hold our interest.

There’s no doubt this is a fascinating and under-explored moment in history, and Ridley Scott’s presence as a producer ensures that the visual recreation of a devastated Hamburg is as impressive as it is sobering.

But, compared to the similar likes of The End Of The Affair or The English Patient, it never quite wins us over and, at times, teeters right on the edge of melodrama.

A confused older woman (Blythe Danner) stumbles out into a freezing Chicago winter night, sparking a frantic search and, once she’s been found, a bad-tempered family conflab about what do with her, as Ruth’s memory loss and confusion get worse.

Her devoted husband (Robert Forster) wants to look after her at home, despite his heart problems. His angry son (Michael Shannon) wants them both to move into a care home, while their more accommodating daughter (Hilary Swank) flies in from California just wanting to keep the peace.

After all, she has problems of her own.

What ensues is theatrical, trying and emotionally over-wrought, with actress- turned-writer-director Elizabeth Chomko struggling to say anything that the likes of Still Alice, Away From Her and The Leisure Seeker haven’t said better already.

Matthew McConaughey plays a grizzled fisherman who scrapes a living taking drunken tourists shark fishing. Then a deadly blonde (Anne Hathaway) sashays on to his boat and… let’s just say there’s a huge twist coming that dazzles for about a minute and then leaves you feeling distinctly cross. 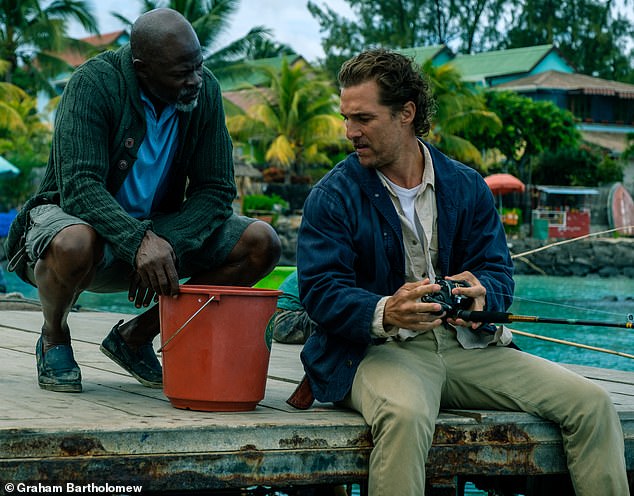 A subtitled French drama that sees Charlotte Rampling playing a woman struggling to cope with the repercussions of her husband being suddenly jailed. Probably one for hardcore Rampling fans only.

But do look out for the best acting spaniel you’ll probably ever see.