The pastor of a Filipino megachurch was charged with orchestrating a sex-trafficking ring where he recruited girls as young as 12 to work in his U.S. homes and forced them into sex, saying it was ‘God’s will,’ federal prosecutors announced Thursday.

Apollo Carreon Quiboloy and several of his top administrators are among nine people named in the indictment that was unsealed this week.

Quiboloy, 71, is the head of the Kingdom of Jesus Christ Church, which boasts 6 million members in about 200 countries.

The pastor allegedly forced the women and girls to regularly engage in sexual acts with him in what he called the ‘night duty.’ He and his accomplices told the woman and girls that obeying Quiboloy was ‘God’s will’ and that ‘night duty’ was a privilege and a means to salvation, court records allege.

They were coerced into the acts under ‘the threat of physical and verbal abuse and eternal damnation,’ according to the indictment.

Apollo Carreon Quiboloy the leader of the Philippines-based Kingdom of Jesus Christ church, was charged with having sex with women and underage girls, orchestrating a sex-trafficking ring, money laundering, and other crimes federal prosecutors announced Thursday 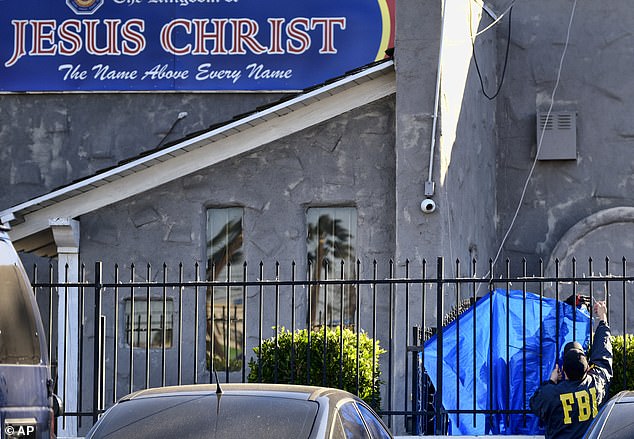 The latest indictment adds Quiboloy and five other new defendants to an existing indictment filed in 2020 with charges including conspiracy, sex trafficking of children, fraud and coercion, money laundering, cash smuggling and visa fraud (Pictured: FBI agents cover a fence on the grounds of the Kingdom of Jesus Christ Church in the Van Nuys section of Los Angeles on January 29, 2020)

Quiboloy and the others are also accused of bringing church members to the US with fraudulently obtained student visas or sham marriages to solicit donations for the church’s charity, based in the Los Angeles suburb of Glendale.

He also allegedly had his victims, whom he called ‘pastorals,’ cook his meals, clean his houses and travel around the world with him. The women and girls ages ranged from around 12 to 25.

Workers who managed to escape from the church told the FBI that they worked year-round and were beaten and psychologically abused if they didn´t make daily quotas, according to court documents from the previous indictment. Some described having to live in cars at truck stops.

The latest indictment adds Quiboloy and five other new defendants to an existing indictment filed in 2020.

US authorities arrested three of those named in the indictment while three others, including Quiboloy are believed to be in the Philippines.

The group’s news channel, SMNI News Channel, released a statement following the announcement of the most recent charges.

‘We are confident and ready to face whatever is hurled against pastor Quiboloy and the kingdom leaders,’ said the statement, which was attributed to an unnamed church legal counsel. ‘We trust the process of justice and we certainly expect the truth to prevail and the kingdom ministry will continue to prosper.’ 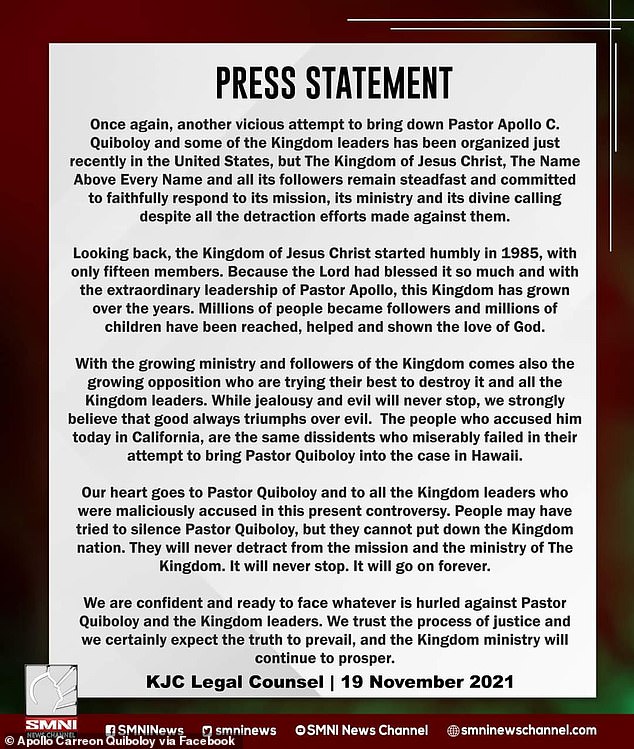 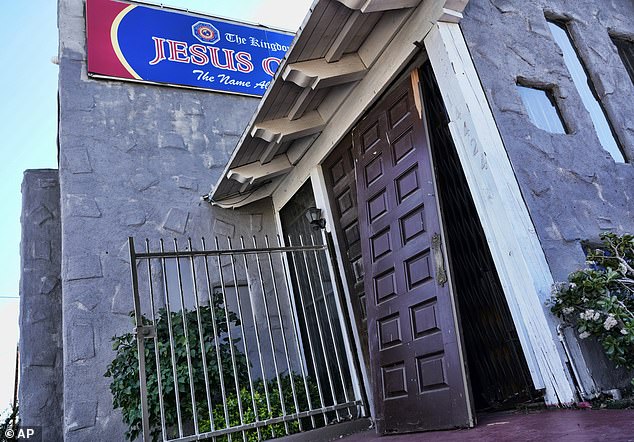 The pastor is accused of forcing the women and girls to regularly engage in ‘night duty’ pressuring them into sexual acts with him citing ‘God’s will’ (Pictured: A smashed in door is seen at the entrance of the Kingdom of Jesus Christ Church in Los Angeles on January 29, 2020) 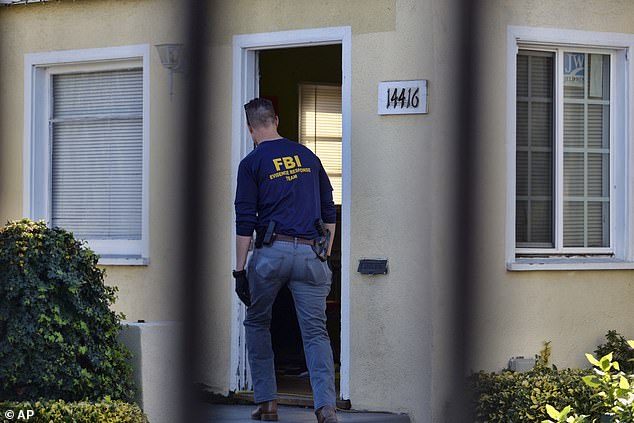 The pastor and church administrators are also accused of using the money collected by the nonprofit Children´s Joy Foundation USA to fund their lavish lifestyle (Pictured: An FBI evidence response team agent enters a building on the grounds of the Kingdom of Jesus Christ Church in Los Angeles on Wednesday, January 29, 2020) 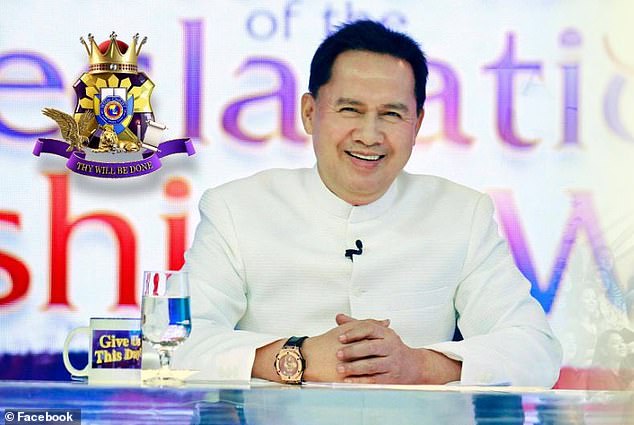 Quiboloy, who is close friends with Philippine President Rodrigo Duterte, has claimed to be ‘the appointed son of God’ and that he stopped a major earthquake from hitting the southern Philippines

Quiboloy has claimed to be ‘the appointed son of God’ and that he stopped a major earthquake from hitting the southern Philippines. He backed Philippine President Rodrigo Duterte to be elected in 2016 and remains close to the president as a friend and advisor.

Duterte has spoken to Philippine media of his long friendship with Quiboloy, and as president was interviewed a number of times by the pastor on his TV show.

The money for the nonprofit Children´s Joy Foundation USA was supposed to benefit poor children in the Philippines. But prosecutors said most of it financed church operations and the lavish lifestyle of Quiboloy and other church leaders.

At least $20 million was sent back to the church in the Philippines between 2014 and 2019, according to an FBI affidavit filed with the previous indictment.

Federal prosecutors in Los Angeles said the new indictment expanded on allegations made last year against three church administrators based in the city.