Final Burning Man preparations are made as an 70,000 revelers descend on the Nevada desert

Tens of thousands of people are flooding into Nevada’s Black Rock Desert for the annual Burning Man festival, which kicks off Sunday and runs through the following Monday.

An estimated 70,000 ‘burners’ are expected to attend the revelry, donning other-worldly costumes and leaving their cash at home for a week of all-night parties in the temporary city known as the playa erected north of Reno.

Tens of thousands of people are flooding into Nevada’s Black Rock Desert for the annual Burning Man festival, which kicks off Sunday and runs through the following Monday. Revelers at last year’s festival are pictured above 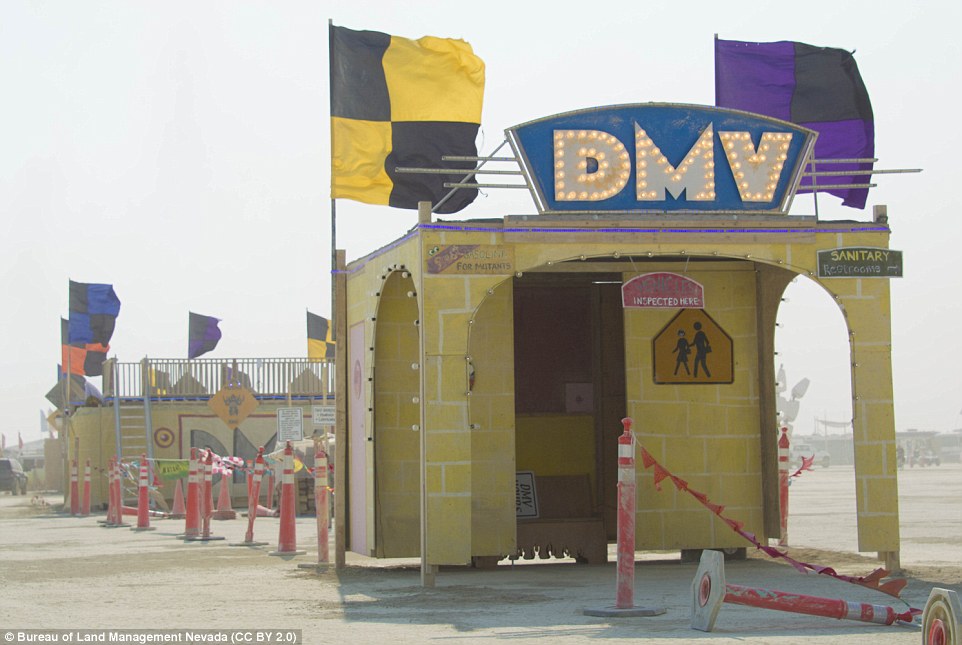 At least 70,000 people are expected to descend on Black Rock Desert for the week of all-night parties and revelry 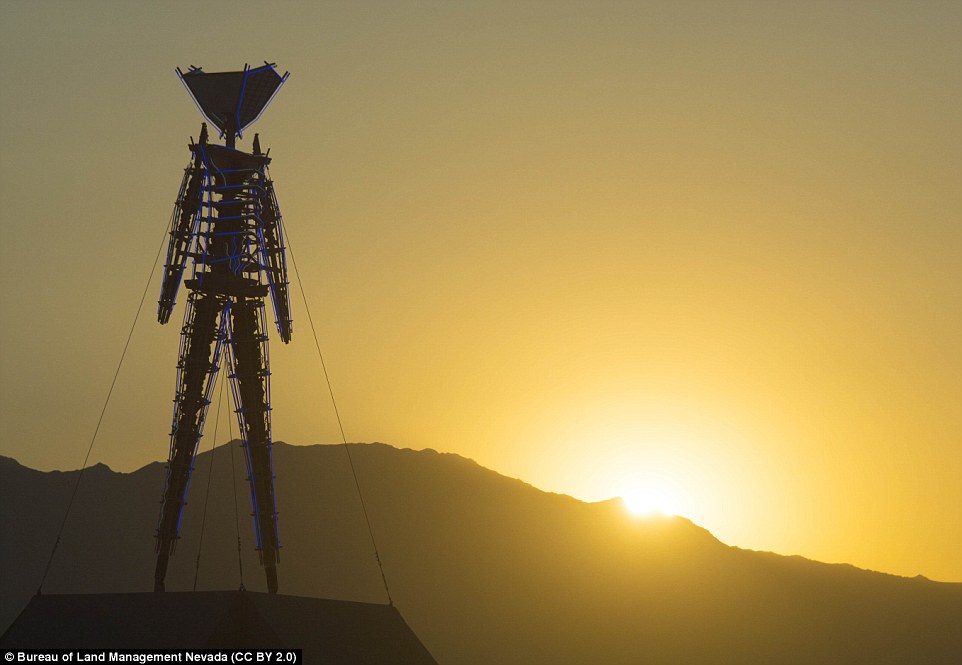 The sun rises behind a 100-foot-tall model of a man that has been erected over the campground in Black Rock Desert, Nevada 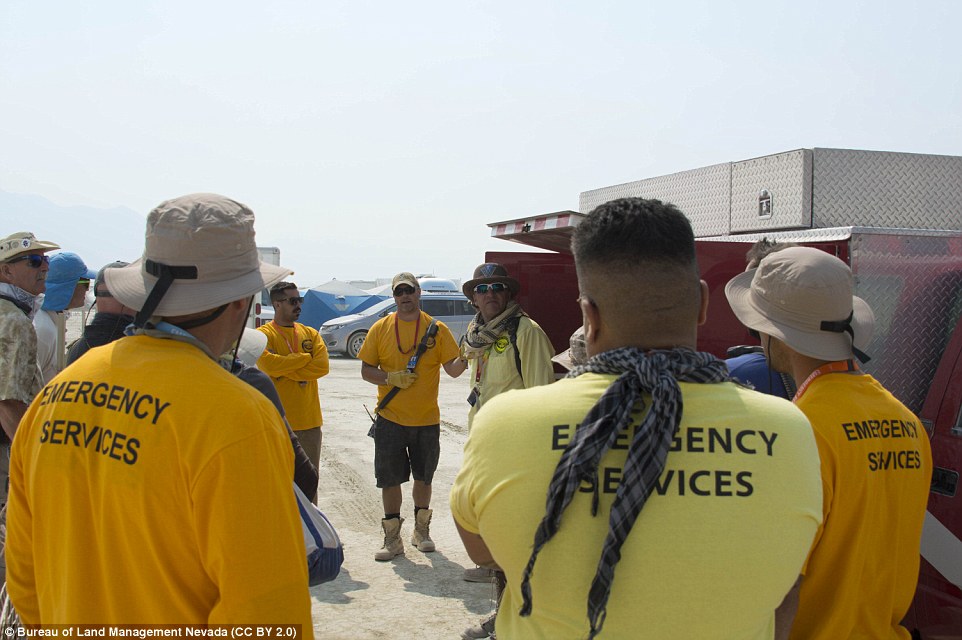 In 1990 the meager festival moved from the beach to the desert, and since then it has grown into one of the most infamous events of the year.

Burning Man is guided by a set of 10 principles, including radical inclusion, self-expression, self-reliance, immediacy and leaving no trace.

For the next week thousands of participants will live together and participate in a range of activities before lighting a giant wooden figure, ‘The Man’, to the ground.

This is the first time that the event is being held since two notable deaths in the Burning Man community, those of its co-founder Harvey and of a man who died at last year’s festival when he ran into a massive fire. 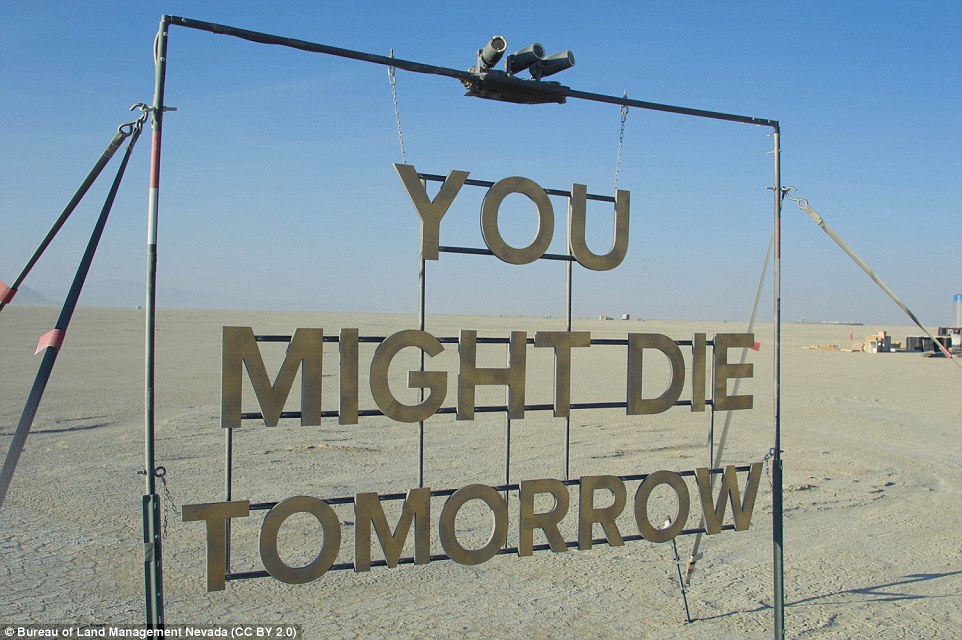 Burning Man is guided by a set of 10 principles, including self-expression, self-reliance, immediacy and leaving no trace 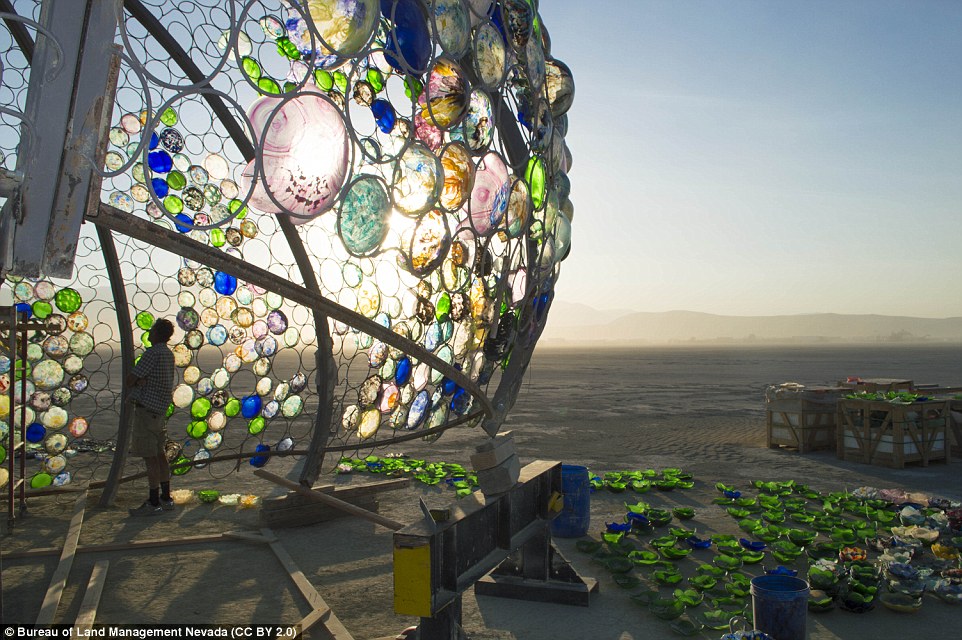 Founded in 1986, the festival is known for celebrating music, art, self-expression and sexual liberation 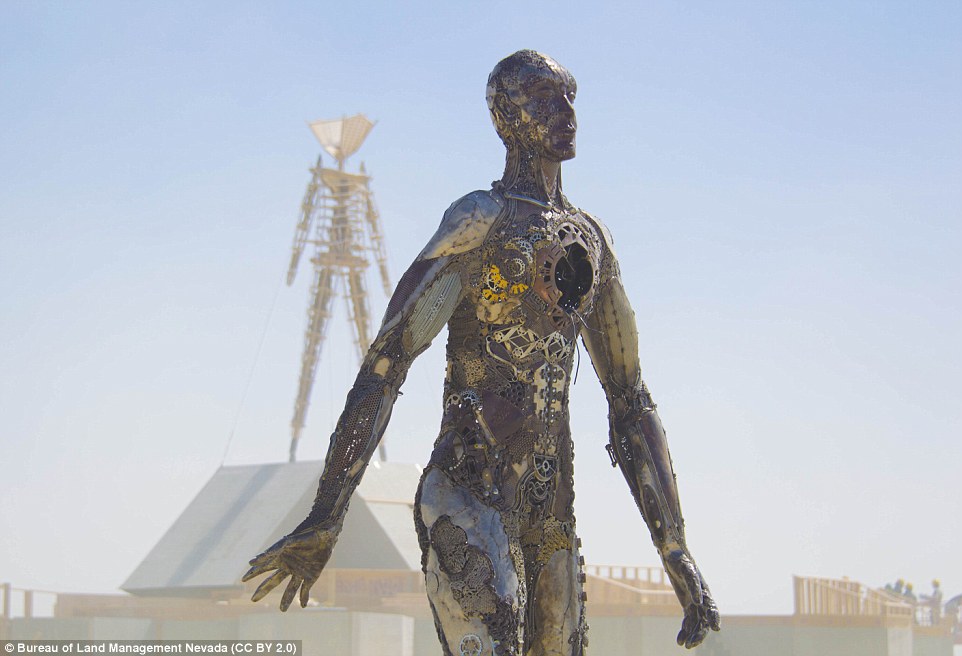 With the main event kicking of tomorrow, many of the major art projects are in the final stages of construction 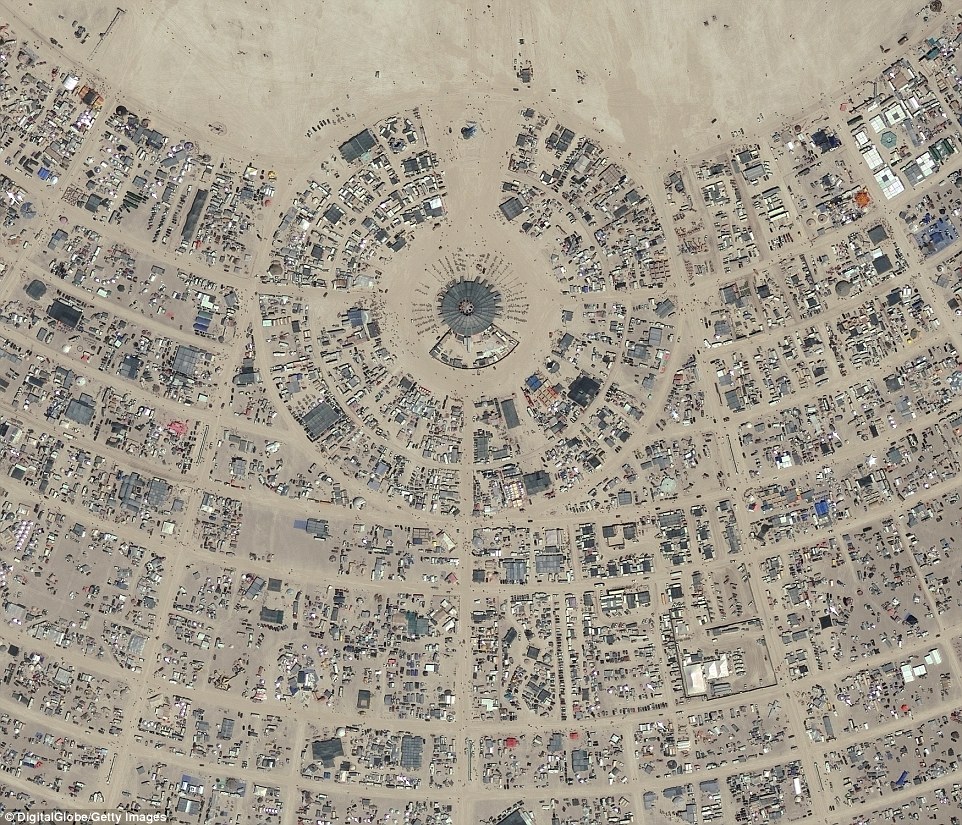 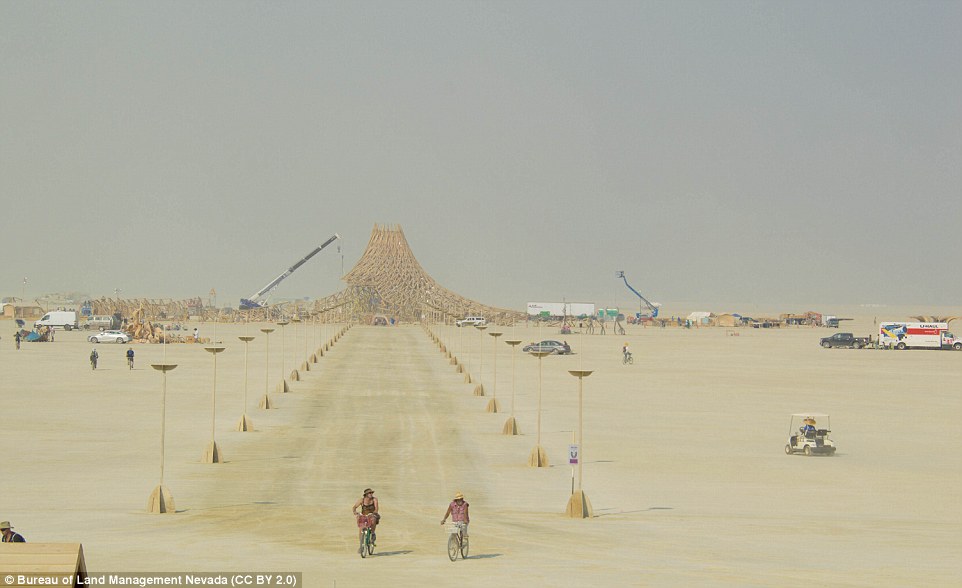 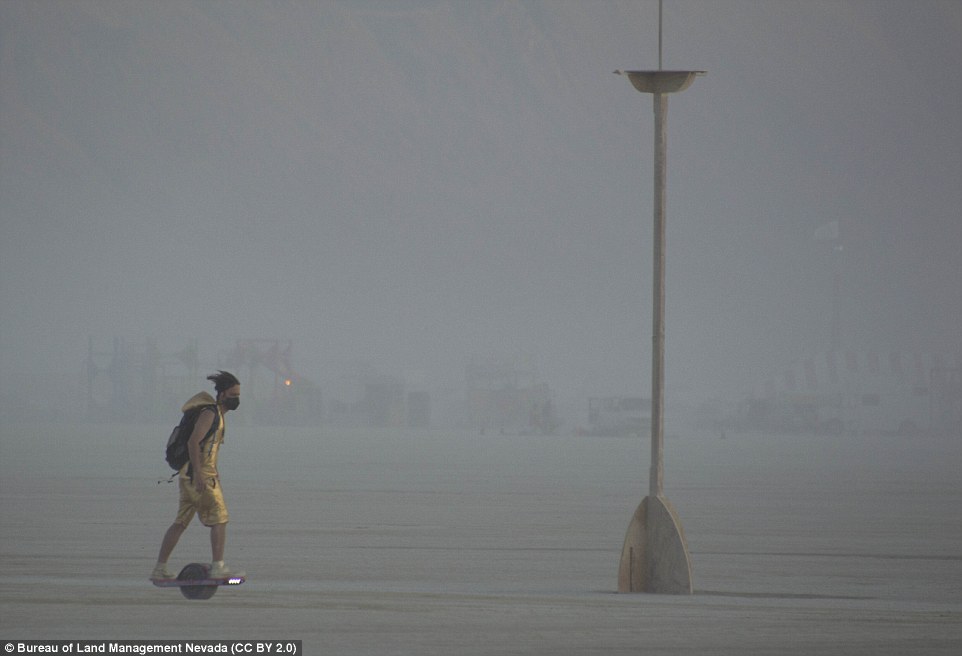 A man rides a hover board through the dusty desert, which will be calm for a few more hours before burners arrive 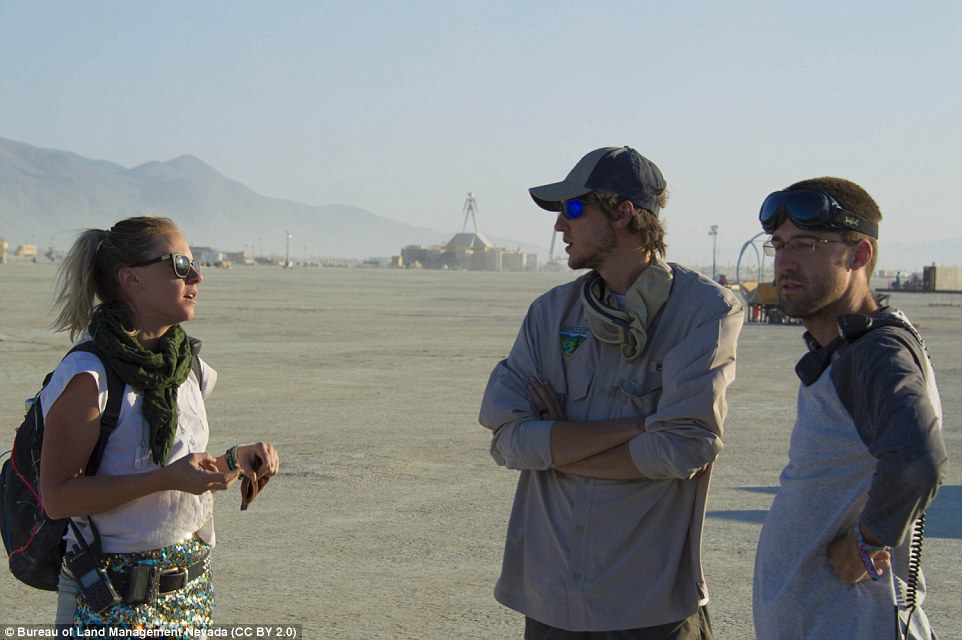 This year organizers have been tasked with determining how the festival scene may be altered in the wake of the #MeToo movement.

Burning Man has been known for its free-spirited atmosphere where clothing is without a doubt optional and activities such as the Hug Church and spanking lessons encourage burners to form special connections with one another.

Following back-to-back-to-back reports of rampant sexual harassment over the last year, organizers have been tasked with teaching participants that freedom on the campground doesn’t mean its a free for all. 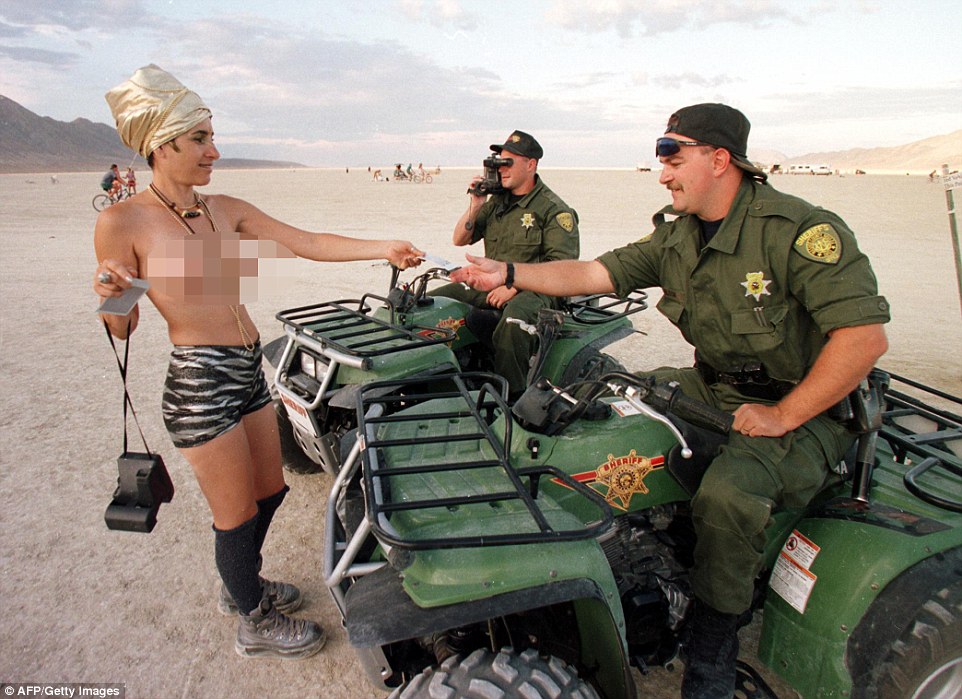 In light of the #MeToo movement, organizers must teach burners that the festival’s free spirit doesn’t mean a free for all

Also bringing down the free-spirited vibe of the festival is increased scrutiny of attendees as they make their way into the desert.

Federal officials have reportedly begun an operation to stop and search those traveling in the area for drugs.

Each year dozens participants end up leaving the event in handcuffs, usually for drug possession.

The organizers reacted to the crackdown by threatening to sue the officials for ‘improper and apparently unconstitutional behavior’.

A letter addressed to law enforcement agencies on Wednesday communication threatens to take legal action on the grounds attendees are having their First Amendment rights violated by being stopped for minor offenses such as going 3mph over the posted speed limit and having their licence plate partially blocked. 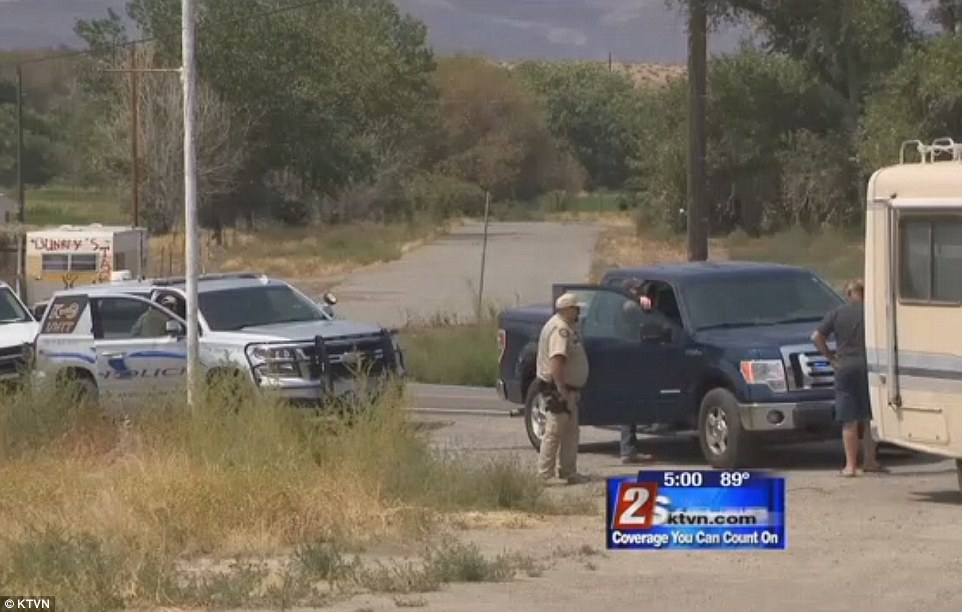 It’s something supported by Channel 2 News viewer, Santiago, commenting on the ‘thousands of cars’ that pass through and the ‘bunch of people’ stopped. However, he added that stops are routine in the area.

Out of that number though, reporter Ryan Canaday says he only spotted two vehicles approached.

‘Many of the (traffic stop) tactics are attempts to intimidate and harass travelers who are doing nothing more than passing through the Reservation on a state-maintained highway,’ he wrote.

The festival claims that not only are the stops hindering their ability to provide things like ice and clean portable toilets to use at the week-long event, but they imply it’s a personal attack on people coming to express themselves freely at the annual event.