Final moments of British mother, 48, who died when she was hurled out of a hot air balloon

Suzanne Astle, of Kenilworth, Warwickshire, was on a dream balloon safari with her husband and two children when it crashed

A British mother died while on the holiday-of-a-lifetime with her family when an ‘inexperienced’ hot air balloon pilot attempted an emergency landing.

Suzanne Astle, 48, suffered fatal injuries during the horror hot air balloon crash, 17 miles from the city of Rustenburg, in the north west of South Africa.

The physiotherapist was flung from the balloon’s wicker basket as it ricocheted 228 metres across rough mountain terrain in South Africa.

Her retired British Airways pilot husband, John, 65, told of his heartache following an inquest into her death. The Astles, and their two sons, Will and Sam, 16 and 13, were among 14 passengers on board the £150-a-head dream balloon safari when it came down at speed in October 2016.

An inquest heard how its pilot had been forced to land the balloon after it began drifting in strong winds towards the vast Magalies mountain range, 17 miles from the city of Rustenburg, in the north west of South Africa.

Warwick Coroner’s Court heard how the balloon, which had been airborne for an hour, had just 30 kilograms of its original 160kg fuel load left when the decision was taken to land in an isolated maize field.

The balloon hit the ground at a speed of 22 knots (25 miles per hour) – seven knots above the safe landing speed – while emergency services took more than two hours to reach the victims because a GPS device in the balloon smashed on impact.

The airman, who was working on a three month contract for a company called Bill Harrop’s Original Balloon Safaris, had less than 70 hours’ flying experience in the Bristol-made Cameron A-415 balloon and was not familiar with the area in which he was forced to land. 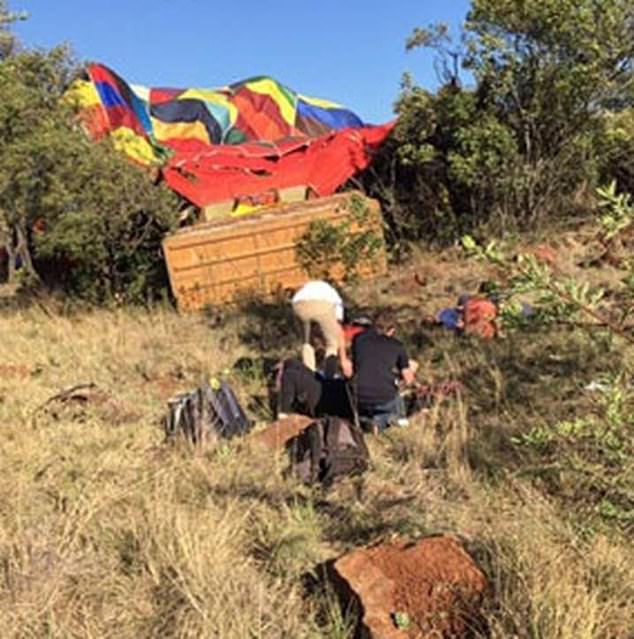 A report by the South African Civil Aviation Authority revealed that the 58-year-old Brit pilot had no previous experience of flying over the mountains.

Witnesses claimed that the pilot, who has not been named, was said to have remarked ‘this is a first for me,’ as his balloon drifted from the valley towards the mountain range. He was said to have been trained ‘insufficiently’ by his employers.

The basket hit rough terrain at speed before bouncing three times and coming to rest against a tree.

One passenger described the impact as ‘excessive and indescribably painful’.

Mrs Astle, a physiotherapist and former air stewardess from Kenilworth, Warwickshire, was hurled from the craft along with a four-year-old girl and her mother.

Mrs Astle died in hospital from multiple injuries after being reached by medics hours after the crash. John and Will suffered spinal injuries in the crash, while Sam suffered hand injuries.

The accident report, seen by coroner Sean McGovern, stated: ‘The pilot opted to execute a landing onto an open agricultural field with the prevailing wind from the east at approximately 22 knots, which was above the safe landing speed for hot air balloon operations, resulting in a high-speed landing.

‘The pilot was in possession of a set of aeronautical maps of the area, which he showed to the investigator during an interview with him.

‘He was however not familiar with the area where they landed as he had never flown there before, nor was it part of his familiarisation training of the area.’

The report accused the balloon company of ‘tampering with evidence’ after recovering the destroyed craft before investigators were notified.

Air accident investigators only learned of the accident on social media.

The inquest was told that Mrs Astle, who was born in Liverpool, was moved 65km to the nearest hospital when paramedics eventually arrived.

Recording a verdict of accidental death, Mr McGovern concluded: ‘On October 25, 2016, Mrs Astle was a passenger on a hot air balloon in South Africa when she received fatal injuries as the balloon landed at high speed. The basket of the balloon bounced on the ground and Mrs Astle was ejected.

Speaking after the inquest, Mr Astle, a parish councillor, said: ‘We had all been looking forward to what should have been a memorable family trip but everything changed in a second. To see Suzanne injured and in so much pain was horrible. It was absolutely awful knowing she desperately needed medical help but it was not arriving.

‘It is still so hard to believe Suzanne is no longer with us, she will not be here to see her boys grow up and witness milestones in their lives like passing their exams, starting their first job and getting married.

‘The grief that our family have had to endure for more than two years has been made worse by the concerns we had about how the crash happened.

‘We know that nothing can ever make up for what happened and all our family can hope for now is that Suzanne’s death is not totally in vain.

Mr Astle said he was unhappy with the South African investigators’ report, which recommended that the country enforce a commercial hot air balloon pilot licence. 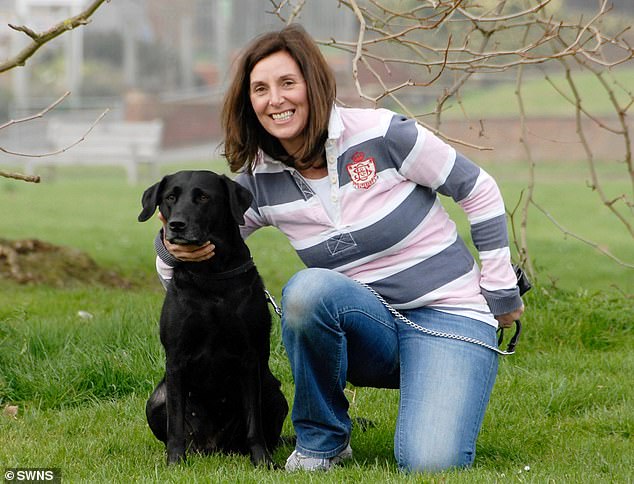 The 48-year-old was thrown from the basket and suffered serious injuries. She arrived at hospital around four hours after the crash and died later that day

He told the inquest: ‘I’m slightly disappointed that the report hasn’t suggested ways that we could avoid these sort of tragedies in the future.

That’s one of the things that would come out as a positive from this.

‘The conclusion seems to be a bit weak as far as I can see.

The inquest heard how discussions are ongoing about making safety harnesses on hot air balloons mandatory.

Simon O’Loughlin, expert international serious injury lawyer at Irwin Mitchell. representing the family, said after the inquest: ‘For more than two years John and the family have had a number of concerns about what happened on the day Suzanne died with the inquest hearing evidence about the events that unfolded.

‘Suzanne’s death is still extremely raw for all her family, and while nothing can ever make up for her tragic death, they want to ensure lessons are learned.

‘While there are strict safety guidelines regulating balloon excursions in the UK, this is not always the case abroad.