Final words of former head boy, 19, who ‘hanged himself

The former head boy of an exclusive public school hanged himself on a cruise ship after telling a friend that being bisexual had made him bi-polar, an inquest heard.

Harry Corbett, 19, had a sudden outburst and attacked one of his friends during his gap-year travels around Vietnam on the cruise liner and was found hanged soon after shouting ‘tell my mother I love her.’

The former head boy from Hordle, near Lymington, Hampshire, was a highly-respected rugby player with ‘extraordinary passion and talent’.

Mr Corbett left the UK in December before travelling to New Zealand, Australia, Thailand, Cambodia and then Vietnam where his body was found.

A coroner told his parents and friends attending the inquest that he had found no formal medical evidence that 19-year-old actually suffered from either mental issue and ruled that he could not be sure the teenager had intended to kill himself.

The inquest had earlier been told that after a good day out kayaking, followed by a meal and some drinks, blond-haired Harry flew into a rage when he returned to his cabin.

He began punching his friend, before saying ‘tell my mother I love her’ and storming out of the room.

The former Head Boy of King’s School in Bruton, Somerset, who was found hanging from the top deck of the boat, had previously told his friend, Mark Catley-Day, that he was bisexual and was suffering with depression and bipolar disorder because.

Giving evidence at Winchester Coroner’s Court, Mark Catley-Day said that Harry had also told him that he had tried to hang himself before.

He said: ‘I was really shocked but I thought it was an attention thing. He was in a bad mood.

‘Harry had told me previously on a trip in October he was depressed and suffered bipolar. He said he was bisexual and that had caused the depression and bipolar.’

The two had travelled to New Zealand and Australia before Vietnam and Mr Catley-Day said that Harry had seemed fine in New Zealand but that they had argued in Australia.

He said: ‘I made a gay-related comment to him and I think he got upset.’ 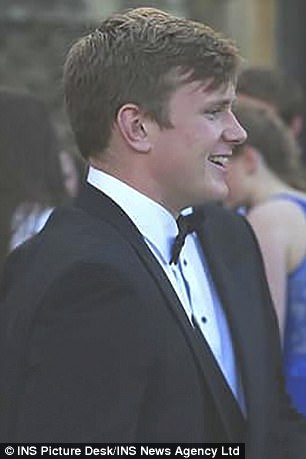 Mr Catley-Day told the inquest that his friend had had a couple of angry spells on their trip after leaving Australia. He said: ‘It would happen after we had all had a good day and then he would have a rage of anger for no apparent reason.’

On the night of May 21, there was tension between the two boys over a Norwegian girl they had met on the boat, which was anchored in Ong Cam Bay.

He said: ‘I thought I was doing quite well with this girl but Harry swooped in underneath me.’

He said that he had gone to bed in the cabin they were sharing with a third friend, and when Mr Corbett came down later, he was angry.

It was Rufus Wright, also travelling with Harry and Mark, who found Harry’s body in the early hours of the morning. He told the coroner: ‘When Harry came back to the cabin, I think I had drunk his water and he was pretty annoyed about that.

‘Then Australia came up. There was a fight. It got pretty serious. I had to get one of the staff on the boat to come in. Harry was pretty aggressive towards Mark.

‘Harry gave me his wallet and started chucking all his money and his card at me. He said “tell my mum I love her” and then walked out the door.

‘After about 10 minutes I thought it would be a good idea to check on him. I didn’t see him immediately. I was looking at the deckchairs [on the top deck]. Then I looked up and saw a figure there.

‘I just saw a figure. I was very dark. It was at a very awkward angle so that’s when I went downstairs.

‘I knew something was wrong and I went to get help.’

The family of Mr Corbett, from Wisbech, Cambridgeshire, later requested through the British Embassy that his body be returned to the UK.

His father, David Corbett, wrote a statement in tribute to his son, saying: ‘Harry was our youngest son and loved by all who knew him and we are devastated at his loss. We are extremely proud of everything he achieved in his short life. 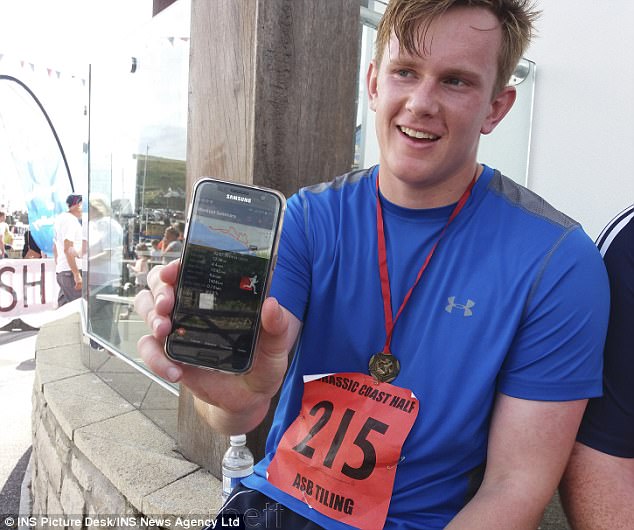 Harry was the captain of his school’s rugby team, and even made history when he set new records in the sport

‘Harry was well respected by teachers, coaches, parents and his peers alike. These attributes helped him to become Head of School at both prep and senior school.

‘Such was the love for Harry; he had friends from Canada and New Zealand fly in to attend his funeral and thanksgiving service. Harry’s retired prep school headmaster also travelled over from France.

‘His passion was rugby and he was proud to captain his school team throughout his senior school, culminating in a ‘played 10, won 10’ final season – the first in the school’s history. He listened to the coaches and always gave his all. Win, lose or draw he played with dignity, skill and sportsmanship.

‘His enthusiasm inspired others to believe and attain more as a team than as individuals.

‘He represented Dorset and Wiltshire County teams and trained with Bath RFC Academy under 16’s.

‘We will never know what the future held for Harry. He had secured a place at Swansea University to read history after achieving respectable A level results.’

His friends added that Harry had been looking forward to attending Reading Festival that summer and then going to Swansea University.

Concluding the inquest Mid-Hampshire coroner Mr Short said: ‘I’m going to record a narrative conclusion. Harry Corbett died as a result of hanging. He hanged himself but the evidence does not explain whether he intended to take his own life.’