Finance Minister Mathias Cormann charges taxpayers $3,700 for a charter flight from Sydney to Canberra after lunching with French President

Finance Minister Mathias Cormann charged taxpayers more than $3,700 for a charter flight from Sydney to Canberra after having lunch with the French President.

The cabinet minister in charge of keeping government spending under control ran up a hefty bill for a RAAF service, even though an equivalent Qantas flight costs just $221 – or 17 times less.

While most MPs would take a commercial 55-minute flight to get from Australia’s biggest city to the national capital, Senator Cormann instead chose a $3,759 private jet service on November 18, 2014, Department of Finance records show.

Finance Minister Mathias Cormann (pictured) charged taxpayers more than $3,700 for a charter flight from Sydney to Canberra after meeting the French President 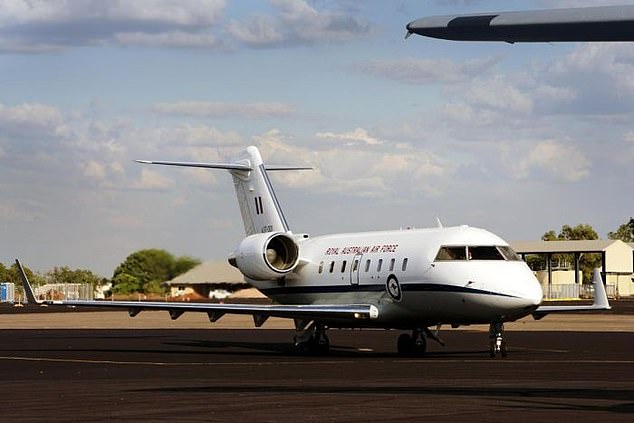 The cabinet minster in charge of keeping government spending under control ran up a hefty bill for a RAAF service (plane pictured), even though an equivalent Qantas flight costs just $221

The senior cabinet minister took a 9pm charter flight back to Canberra after being asked to represent former Prime Minister Tony Abbott at a series of official engagements in Sydney with then French President Francois Hollande.

The official ceremonial welcome, however, for France’s visiting Socialist Party head of state took place before midday while a state lunch had been held in the early afternoon.

Instead of leaving Sydney for Canberra in the afternoon, the Finance Minister stayed in the city for an evening community event at the Opera House. 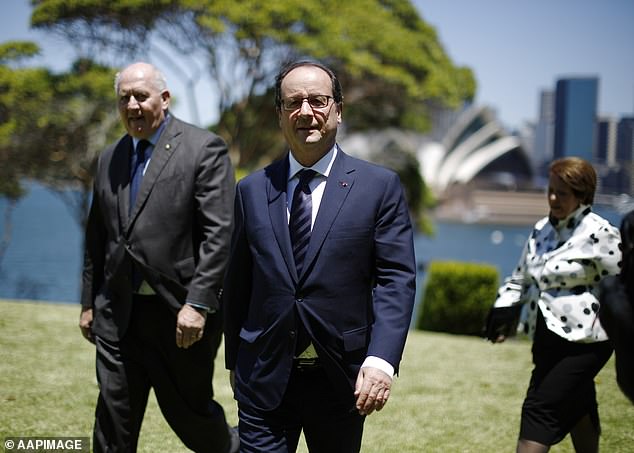 ‘There were no commercial flights available to return the minister to Canberra in time for his early morning commitments the next day, another parliamentary sitting day,’ she said on Friday.

Other world leaders were in Sydney that week, following the G20 Leaders Summit in Brisbane, accommodation in the city was scarce.

Why Mathias Cormann caught a $3,759 flight

The Finance Minister had been asked to represent former Prime Minister Tony Abbott on November 18, 2014 at a series of events welcoming French President Francois Hollande.

– An 11.35am ceremonial welcome at the Royal Botanic Gardens.

– A community event at Sydney Opera House from 7.15pm.

Senator Mathias Cormann’s spokesman said there were no commercial flights available, adding that accommodation in Sydney was scarce as other world leaders visited the city, following the Brisbane G20 Leaders Summit.

‘Given the large number of foreign delegations in Sydney on top of the normal visitor numbers, accommodation in Sydney was sold out that night,’ Mr Cormann’s spokesperson said.

Chinese President Xi Jinping was also in Sydney that week, arriving the next day on November 19.

As Mr Abbott’s representative in Sydney for President Hollande, Senator Cormann had attended a late-morning ceremonial welcome at the Royal Botanic Gardens and a state lunch at Admiralty House on Sydney Harbour.

The day after Senator Cormann had greeted President Hollande in Sydney, the French head of state visited Canberra where he met with Tony Abbott at Parliament House.

In the national capital, he met with Mr Tony and Opposition Leader Bill Shorten and attended functions at the National Gallery and the Australian War Memorial as Parliament sat that week.

Senator Cormann isn’t the only cabinet minister who is a regular on charter flights, with Sports Minister Bridget McKenzie in April 2018 charging taxpayers $13,955 to get a Royal Australian Air Force plane from the Gold Coast to Cairns so she could meet Prince Charles and watch a Commonwealth Games basketball match with him.

Like Senator Cormann, she had been asked to represent the Prime Minister and had claimed there were no available commercial flights. 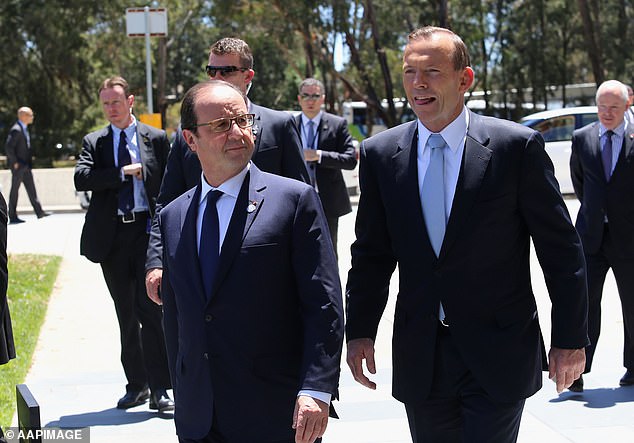 The day after Senator Cormann had greeted President Hollande in Sydney, the French head of state (left) visited Canberra where he met with Tony Abbott (right) at Parliament House