The ex-wife of a prominent New York financier is mad that Andy Spade decided not to purchase her Manhattan condo as he deals with the sudden death of his wife.

Laura Steinberg, who once worked as a PR consultant and is the ex-wife of the late Saul Steinberg, told the New York Post that Spade agreed to buy her $3million east 67th St apartment.

She said the deal was supposed to close in early June, but Spade backed out of the deal following his wife Kate Spade’s suicide on June 5.

‘He had already passed the board,’ she complained, telling the outlet that she bought a house in Millbrook, New York because she thought the deal was going to close. 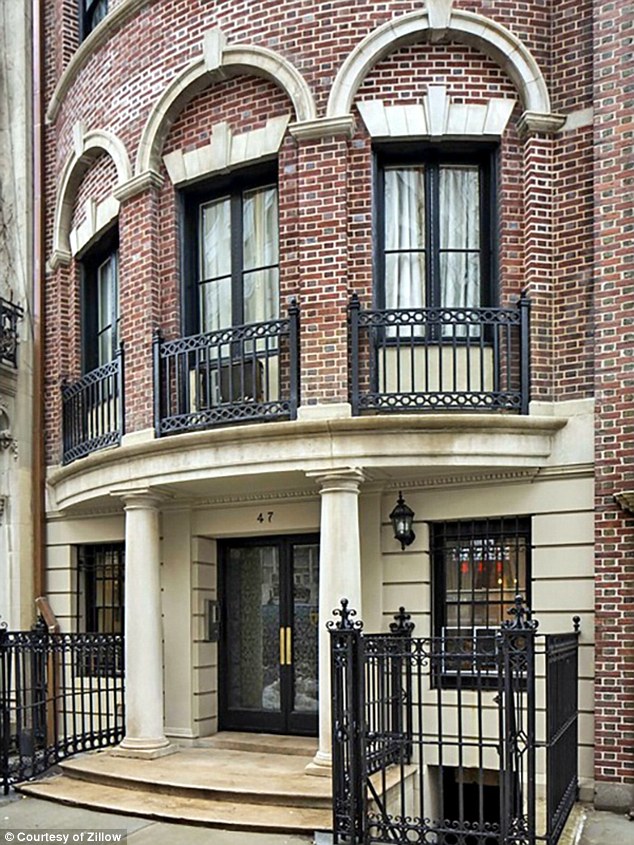 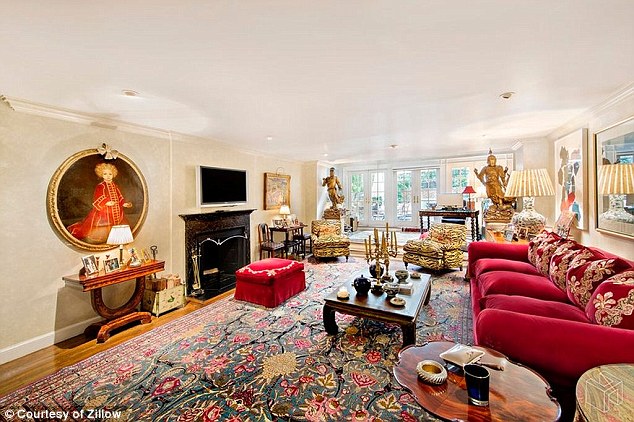 Steinberg said the deal was supposed to close in early June but Spade backed out of it after his wife committed suicide on June 5. Pictured is a living room in the home Steinberg is selling 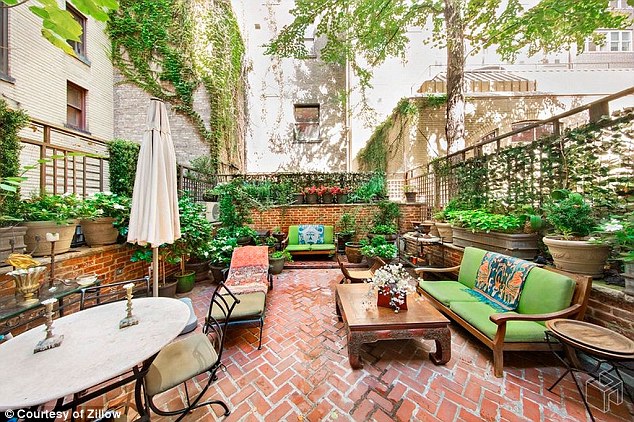 ‘He really screwed me,’ she said, saying that she purchased a new home when she thought the deal was going to close

Steinberg told the Post that when Spade decided not to move forward with his plan to purchase her swanky apartment it left her in a bind.

‘He really screwed me,’ she said.

A spokeswoman for Spade, who co-founded his wife’s fashion brand with her, fired back at Steinberg’s complaints saying things ‘obviously’ changed after Kate’s death.

‘In the wake of this tragedy, and during this time of grieving, Andy’s plans have changed,’ she said, telling the Post that Spade complied with his ‘obligations on the deal’.

‘Andy was not in a position to be purchasing another home,’ the rep added.

In the months before Kate’s death, Spade had reportedly moved out of their Park Avenue condo into a place close by. He may move back into the Park Avenue apartment, according to the Post.

Steinberg said her apartment is back on the market for $3.4million.

Kate committed suicide in her New York apartment in June at the age of 55. Her husband issued a statement soon after saying she had suffered from depression and anxiety for years. 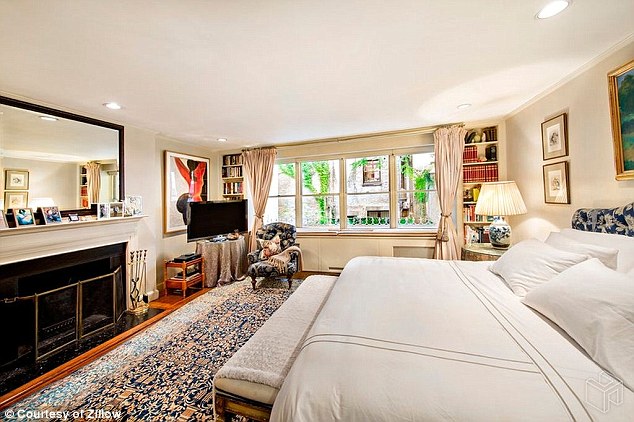 Steinberg said her Manhattan condo is now back on the market for $3.4million. Pictured is a bedroom in the home 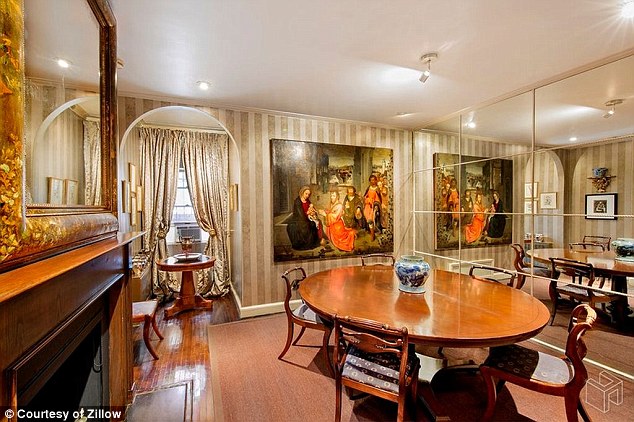 Pictured above is a dining room in the swanky New York apartment, which Andy Spade was going to buy 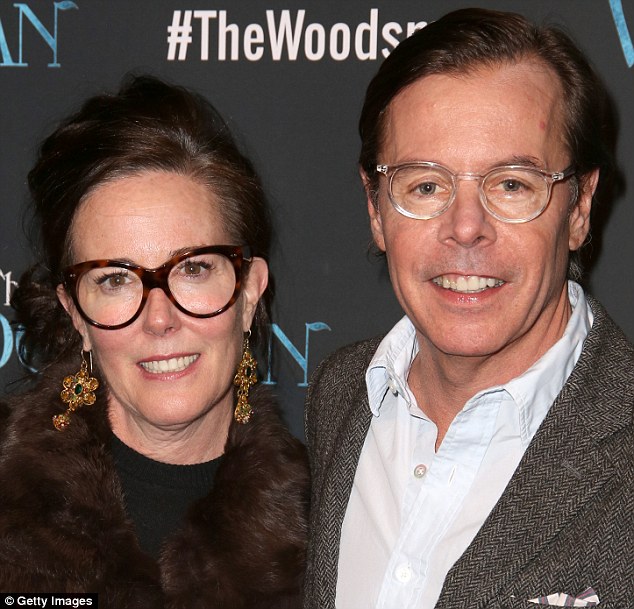 Kate Spade died on June 5 after committing suicide in her Park Avenue apartment. The couple was living apart at the time of her death 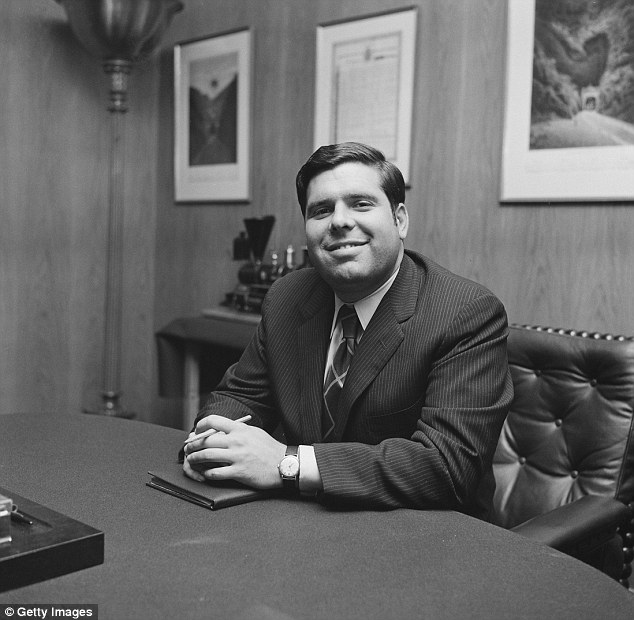 Laura Steinberg is the ex-wife of financier Saul Steinberg (pictured). He died in 2012 at the age of 73

His statement said in part: ‘Kate suffered from depression and anxiety for many years… she was actively seeking help and working closely with her doctors to treat her disease, one that takes far too many lives.

‘We were in touch with her the night before and she sounded happy. There was no indication and no warning that she would do this.’

He added: It was a complete shock. And it clearly wasn’t her. There were personal demons she was battling.’

The couple had been living apart and planning to file for divorce at the time the designer was found dead. They have a 13-year-old daughter together named Bea.