The ski resort of Levi in Finnish Lapland is 110 miles north of the Arctic Circle.

My wife wistfully longed for our children (aged 14 and 11) to be stricken with Santa-fever, but they had eyes only for the ski slopes.

It’s the perfect destination for children at novice or intermediate levels. There are 27 inter-linked lifts giving access to 43 pistes, three of them black. All this is available for remarkably reasonable rates — and there is plenty of late-season skiing.

Frozen kingdom: Levi, in Finnish Lapland, is an excellent place to learn how to ski 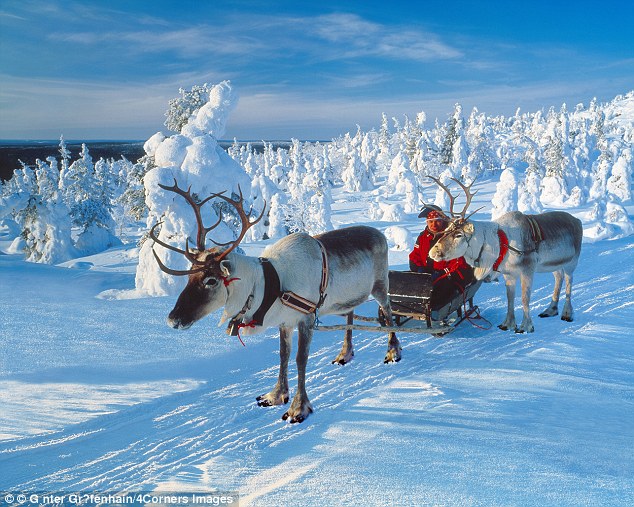 Frolics in the snow: Children will love a reindeer sleigh ride (teenage cynics aside)

In April, the slopes were as empty as a motorway at 3am.

My daughter had skied once before, my son learned snowboarding in a North London barn, and since neither I nor my wife ski, a variety of warm, light-hearted instructors accompanied them during the mornings, and they joined an excellent ski school in the afternoons.

The Finns are staggeringly organised. Everything works.

There was total protection from the cold through rental of all-in one suits and other modern equipment.

Ski passes were doled out with the minimum of fuss at Zero Point, beside the lifts. The only downside was the relentless europop being pumped out.

But then it’s one of life’s mysteries why no European country has produced a decent pop group, Sweden’s Abba excepted.

We stayed at the Levitunturi Spa Hotel, where the wifi was superfast and entry to the splendiferous spa was by an electronic wrist band that never failed.

The Winter Wonderland trips were a highlight. We were dragged by huskies across the forested terrain, reindeer took us on another trip and there was a 15-mile whizz into the depths of the countryside on snow skis.

The least populated nation in the EU, Finland’s frozen wastes are awe-inspiring, almost scarily devoid of human development; nature in the raw.

The ski school was typically sensible: just an hour and a half in the afternoon. Instead of it being a glorified form of babysitting, there was a concentrated attempt to give individual tuition (Finland has the best education system in the world). Both my children made dramatic improvements.

Around teatime, we headed for the enormous spa complex.

It contained a wide variety of swimming pools, ideal if you have small children. You could swim from inside into an outside pool surrounded by snow, watching your breath frosting. Inside, you could hop into a freezing-cold pool then into a warm whirlpool. 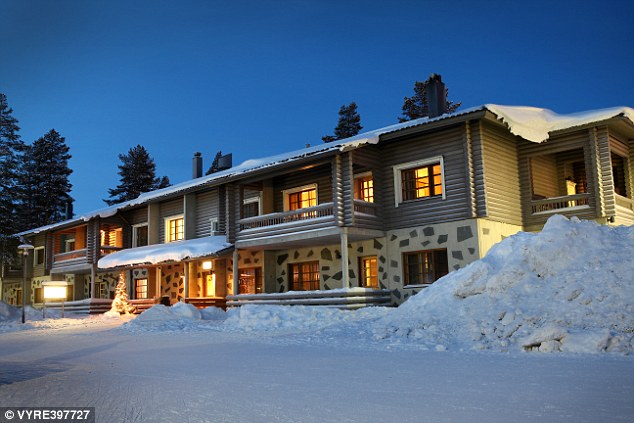 Reviving: You can swim from an inside to an outdoor pool at the Levitunturi Spa Hotel

The evening meals were down-to-earth tucker, though perhaps with more reindeer on offer than would be to the taste of the average Briton.

On some nights we headed into the town, greeted by merry Finns and overhearing some horrendous karaoke as we made our way to a local restaurant.

What’s so refreshing about Levi is that it is un-American. It is very hard to picture a McDonald’s or Starbucks here. There is no question of a waiter wishing that you ‘have a nice day’. Allied to the risk-free, empty pistes, it is hard to imagine a better skiing destination for the budget-conscious family.

Price includes return direct flights from Manchester to Kittila and resort transfers based on two sharing. Fly from Gatwick for £19pp extra. For more information or to book, visit inghams.co.uk or call 01483 791 114.