Fiona Falkiner’s son Hunter, one, is rushed to hospital after choking on his own vomit and going ‘limp’: ‘One of the most terrifying moments’

Model and TV presenter Fiona Falkiner has been left shaken after her one-year-old son Hunter was rushed to hospital in a ‘terrifying’ choking incident earlier this week.

The child choked on his own vomit and went ‘limp’ in Melbourne hotel room before paramedics arrived and raced him to The Royal Children’s Hospital.

Fiona, who shares Hunter with her sportscaster fiancée Hayley Willis, shared gut-wrenching photos to Instagram on Friday of her little boy recovering from the ordeal.

‘One of the most terrifying moments’: On Friday, Fiona Falkiner shared heartbreaking pictures of son Hunter, one, after he was rushed to hospital after choking and battling multiple infections

Fiona explained Hunter had been suffering from croup and an ear infection before his choking fit, and that she and Hayley managed to get him ‘conscious again’ before medics arrived.

The Sydney-based couple were in Melbourne to visit Fiona’s ailing mother, who has  Alzheimer’s disease.

Hunter is now doing a lot better, but still has conjunctivitis. 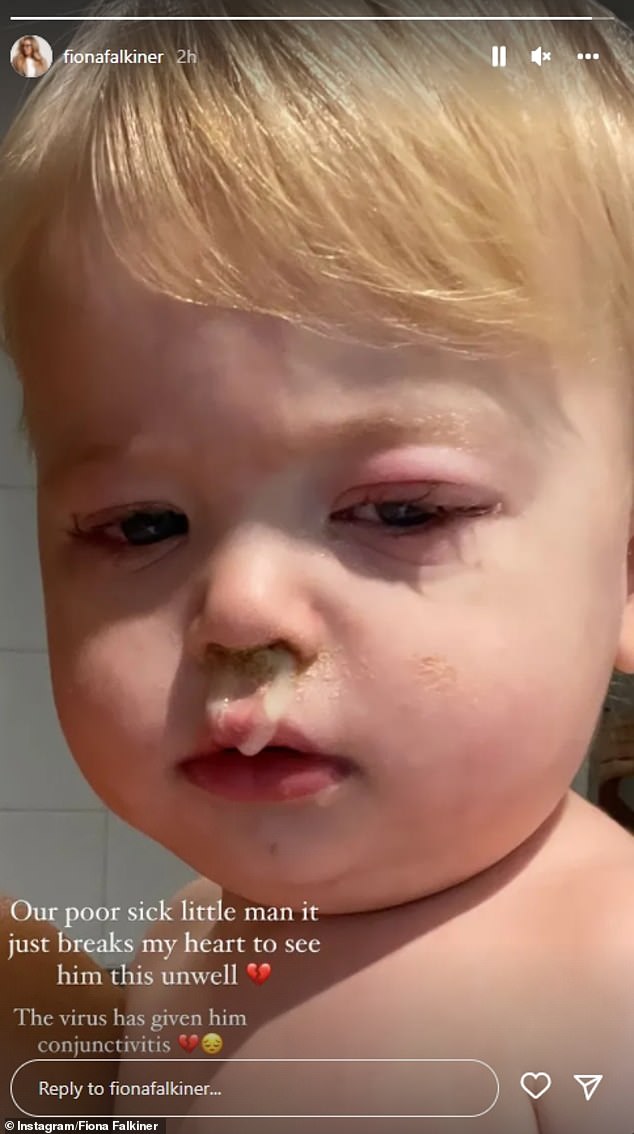 Poor little guy! Fiona said Hunter is now a lot better, but is suffering from conjunctivitis after a virus

‘One of the most terrifying moments in our parenthood journey to date,’ Fiona told her 110,000 Instagram followers.

‘After battling croup and an ear infection last week, we were hopeful little H would be on the mend.

‘Instead his cough turned into another virus and as we were in our Melbourne hotel room a coughing fit saw him vomit choke and go limp for what seemed like an eternity. Thankfully we were able to clear his airways and get him conscious again before paramedics arrived.’

She continued: ‘My heart hurts for so many reasons, for H and how sick he is, and for not being able to see my beautiful mum who continues to deteriorate from Alzheimer’s.

‘It’s been one hell of a week, I’m grateful we are okay and just hope we can finally get our little man well again.

‘Our poor sick little man it just breaks my heart to see him this unwell. This virus has given him conjunctivitis.’

The comments section of Fiona’s post was flooded with well-wishes from fans and fellow celebrities. 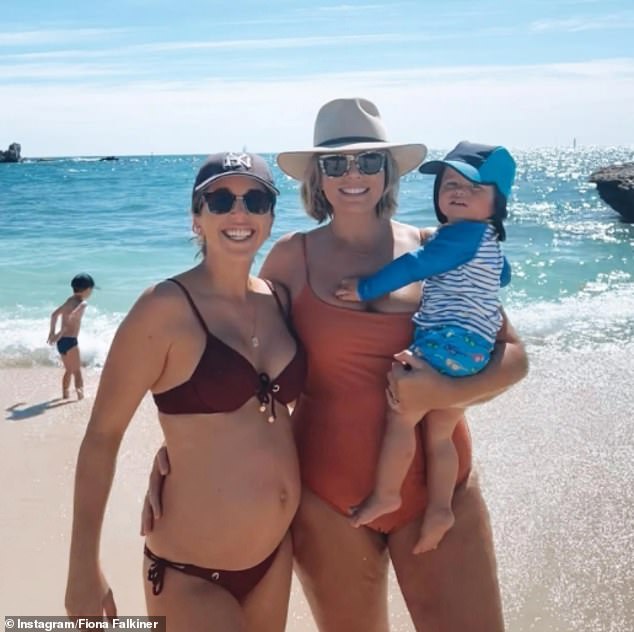 Family: Fiona and Hayley welcomed Hunter in March last year with the help of IVF and a sperm donor. In March, sports journalist Hayley, 30, announced she is expecting their second child

Fiona, 39, and Hayley, 30, welcomed Hunter in March last year with the help of IVF and a sperm donor.

And in March this year, Hayley announced she was expecting their second child.

‘Grateful, blessed, over the moon… it’s hard to put into words how much I adore my little family as we prepare to welcome another addition,’ she wrote on Instagram.

‘Baby Falkiner due August. Two boys under two, how hard can it be?!’

The couple became engaged in April 2019 while on holiday in Vanuatu. 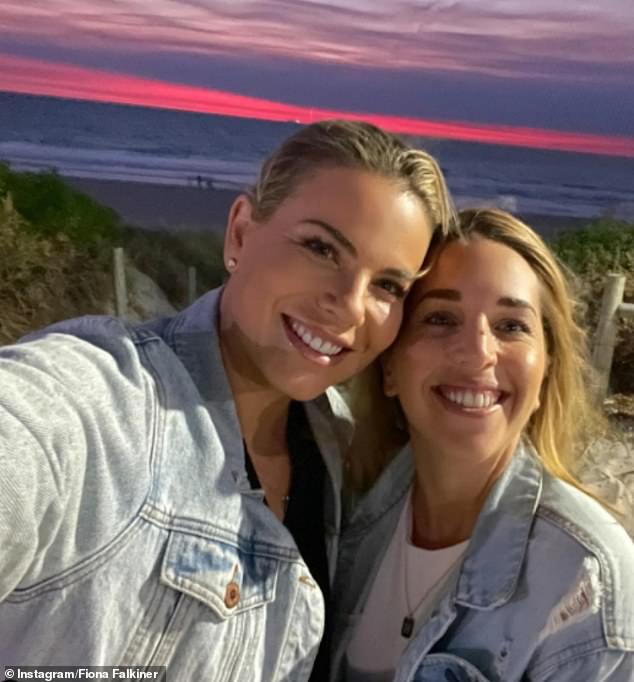 Still going strong: The couple became engaged in April 2019 while on holiday in Vanuatu