A woman became trapped inside a car after it flipped and crashed into a house in southern Sydney.

The incident happened on Kings Georges Road at Blakehurst on Thursday afternoon.

NSW ambulance crews were called to the house just before 5:30pm to reports the driver – a woman in her 50s – was trapped inside the wreckage. 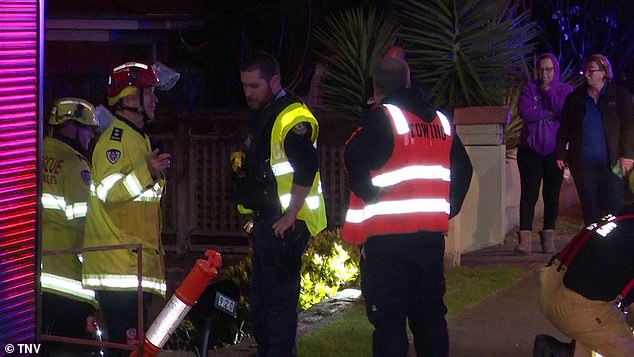 Fire and Rescue crews and Paramedics were called to to the Blakehurst residence just before 5:30pm on Thursday to reports a woman was trapped inside her car

Paramedics looked after the driver and gave her pain relief as Fire and Rescue NSW officers arrived.

Rescue crews managed to safely extricate her from inside the vehicle.

She was then treated for neck and limb injuries at the scene before being taken to St George Hospital.

The woman is in a stable condition in hospital.

NSW Ambulance inspector Ben Saywell said: ‘Paramedics arriving on scene were faced with a patient trapped in a car on its side, up against the front porch of the house.’

‘Working alongside officers from Fire and Rescue NSW, paramedics provided pain relief to the patient, treated her injuries and prepared her for transport to hospital.’

‘This accident could easily have so much worse for all involved. Cars really can do a lot of damage to people and property,’ he added.

Daily Mail Australia has contacted NSW Police about the incident. 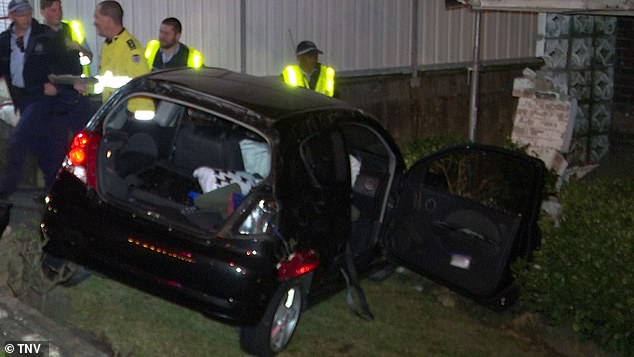 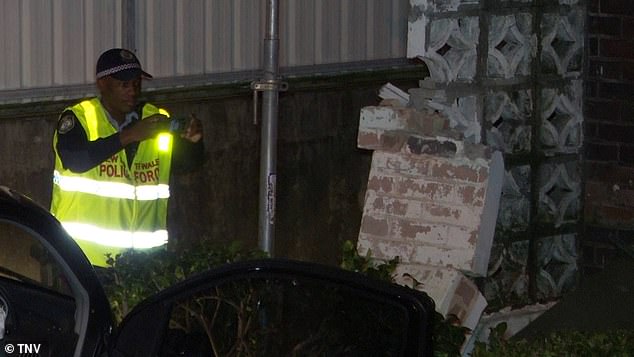