Fire breaks out at a Port of Botany in Sydney

A large fire has erupted in Sydney which could be seen across the city after an emergency at a major port.

Alarming footage of the huge plume of fire sparked fears of a major uncontrolled inferno consuming a building at the port.

However, Fire and Rescue NSW said the flames were part of a controlled emergency protocol at the industrial facility.

‘An industrial site has activated its safety systems at Port Botany,’ it said.

‘Excess gas is being burnt off through a stack creating a large flame and thick black smoke which may be visible for some distance.’

Port Botany is a deepwater seaport and one of the largest container ports in Australia which deals mainly in shipping container but also liquid petroleum and natural gas deliveries.

There are also industrial factories at the site, with the Qenos plant that manufactures the common plastic polyethlene having previously conducted similar controlled burns.

Concerned Sydneysiders took to social media about the flames.

‘Huge fire on the city fringe,’ added another.

The flames dissipated shortly after 11am with one witness saying it appeared as though they were just turned off. 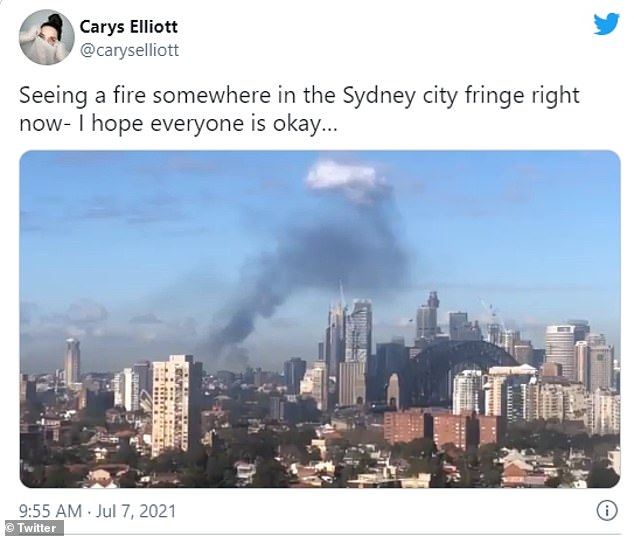