Fair organizers have been forced to apologize after a fire chief dressed as woman for a fundraising dunk tank and they then compared to Pennsylvania’s transgender heath secretary.

Bloomsburg Fair Association shared pictures of fire chief of Main Township, David Broadt, taking part in the fundraiser and wrote: ‘Dr. Levine? Thank you. You were a hit and raised a lot of money for the local fire companies. Wonder why so many were trying to dunk you?’

Broadt said he was ‘going for a Marilyn Monroe look’ and it was ‘just in fun’, reported NBC News. He said ‘it wasn’t done to disrespect her.’

But others, including the Bloomsburg Fair Association, compared Broadt to transgender health secretary Dr Rachel Levine, who has been leading the state’s coronavirus response, prompting anger from LGBTQ groups. 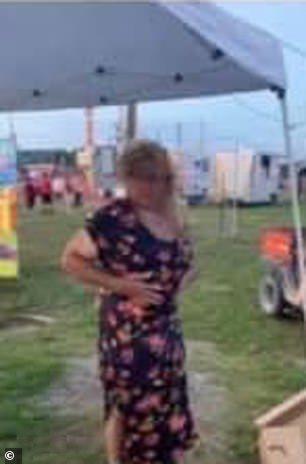 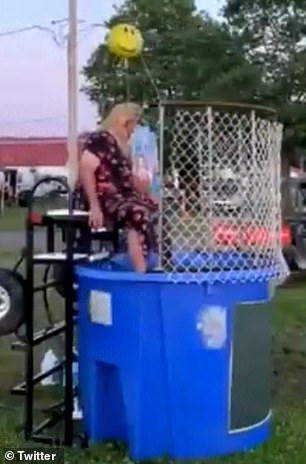 David Broadt is seen dressed in a dress, wig and glasses at the event at the weekend

Randy Karschner, the president of the Bloomsburg Fair Association, which ran the carnival to raise money for firefighters last weekend, said ‘we apologize’ for sharing the post.

He added: ‘Somebody walked by and said it resembled the doctor and it just went from there. It was a good time until it hit social media, and as 20/20 hindsight goes it’s not as clear in front sometimes as it is behind.’

In a statement, Levine’s spokesperson, Nate Wardle, said the secretary ‘remains laser-focused on protecting the health and well-being of Pennsylvanians as we navigate this ongoing pandemic.’ 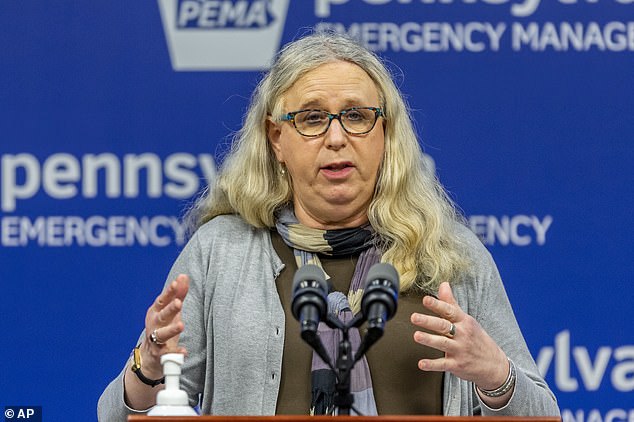 The fire chief of Main Township, David Broadt, was compared to Pennsylvania’s Secretary of Health Dr Rachel Levine (pictured in May) after he dressed up as a woman for a fundraising dunk tank

‘Dr. Levine is an honorable public servant whose tireless work to keep PA safe and healthy has saved countless lives,’ he wrote on Twitter on Monday. ‘The members of the Pennsylvania transgender community are our neighbors and friends. Treat them that way.

He said: ‘Pennsylvania has been blessed with the world-class leadership & public health expertise that our Secretary of Health brings to the table.

‘Her actions have saved tens of thousands of lives and she continues to be a leader during this global pandemic.’