This is the harrowing moment a fire destroys the homes of Thailand’s famous ‘sea gypsy’ tribe – leaving more than 400 people homeless.

The fire broke out on the remote island of Surin in the Andaman Sea last night, after a long tail boat’s engine exploded, and more than 65 bamboo homes were soon in flames.

There have been no injuries as a result of the devastating fire, which started at around 9.30pm on Sunday, local media reports.

Surin is the home to the Moken people, nicknamed ‘the sea gypsies’, who are best known for their incredible free-diving skills which see them reaching depths of 200ft while holding their breath for several minutes.

Destruction: A fire broke out in a village on the island of Surin, Thailand, on Sunday night 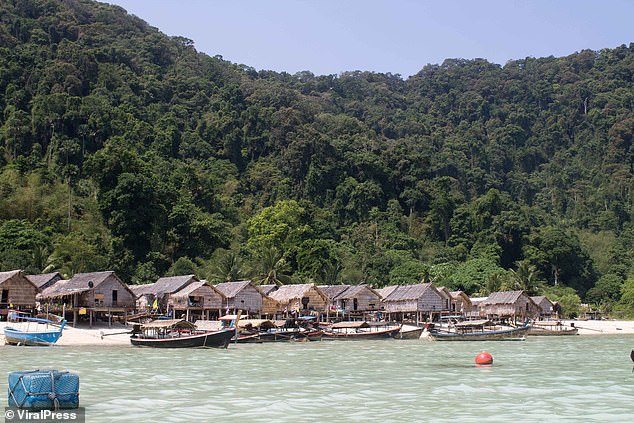 Some 300 adults and 100 children have now been left in limbo after their homes were destroyed and they were evacuated to a neighbouring island.

Phuttaphong Khuprasit, officer for the island which is only accessible by a two hour boat ride from the Phang Nga province mainland in southern Thailand, said the blaze spread quickly due to strong winds.

He said: ‘We received reports of the fire at approximately 9:30pm and co-ordinated with naval forces to check.

‘When we arrived we found that the fire had burned quickly through 60 homes. A strong wide had caused it to spread rapidly.

‘From inquiries with a tour guide on the island, we believe that one of the villagers had taken a long-tail boat into their wooden home. 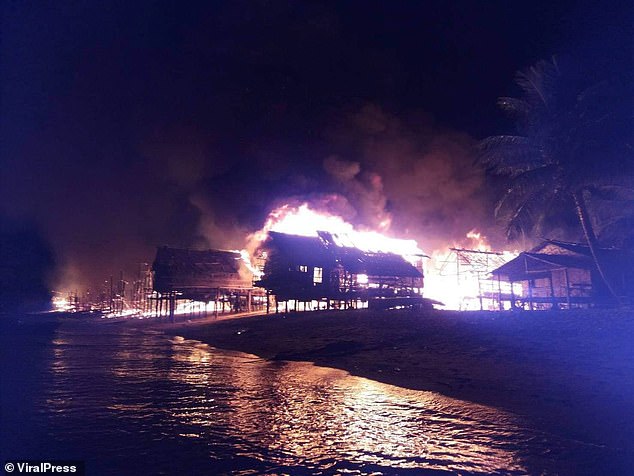 The fire spread rapidly, and some 60 bamboo homes burned down, forcing evacuations 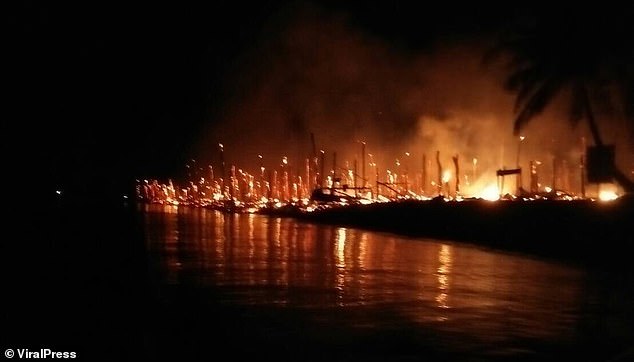 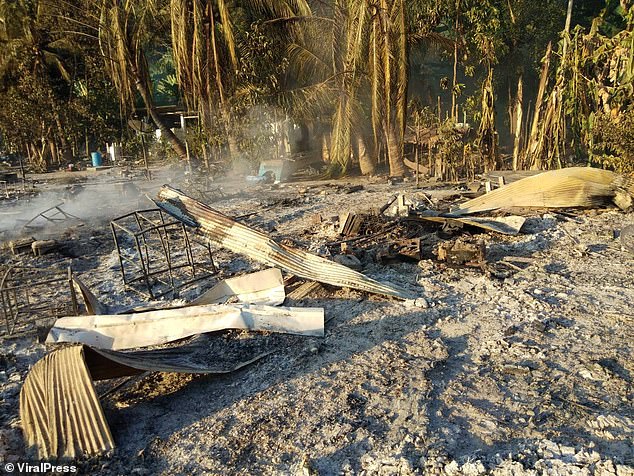 Remains: Corrugated iron is all that remains of some of the houses of the Moken people on the island of Surin 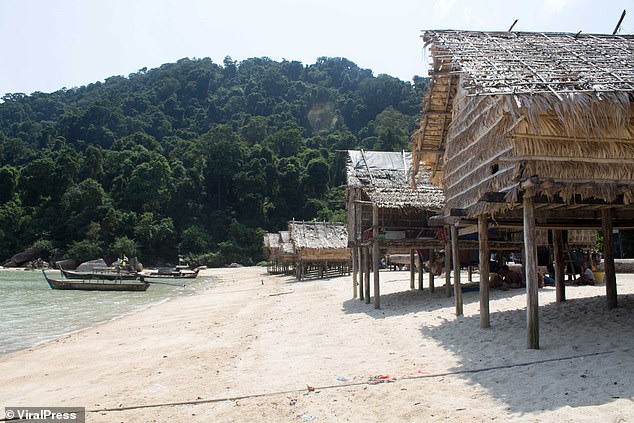 The Moken people are a dwindling tribe of some 2,000-3,000 people who have spent thousands of years living more or less nomadic lives on the coast of Thailand 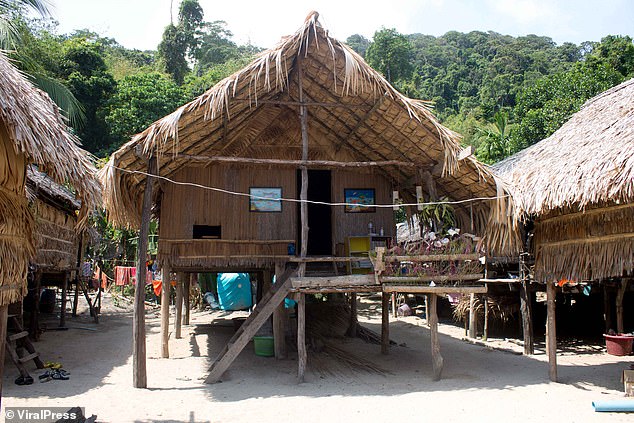 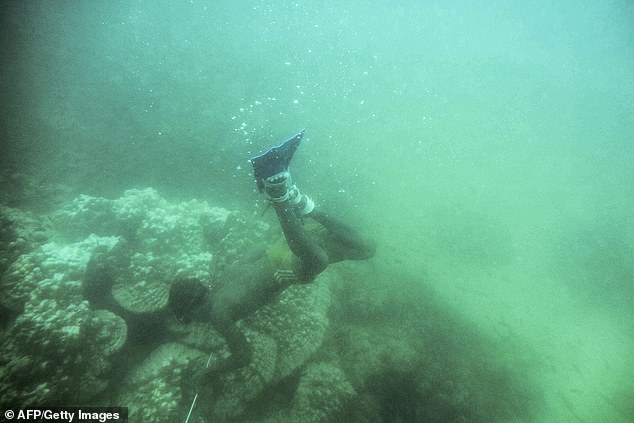 The Moken people, nicknamed ‘the sea gypsies’, who are best known for their incredible free-diving skills. Pictured is a Moken fisherman, looking for fish to spear in waters in the Myeik Archipelago, off the coast of southern Myanmar

‘The engine exploded and and the house caught fire. There were 100 children and 300 adults affected.’

The Moken people are a dwindling tribe of some 2,000-3,000 people who have spent thousands of years living more or less nomadic lives on the Thai coast.

They have become known for their incredible free-diving skills, which see them being able to keep their eyes open underwater and naturally adjust their buoyancy to reach depths of up to 200ft while holding their breath for several minutes.

Their skills have amazed scientists and been the subject of several documentaries, including on the BBC. 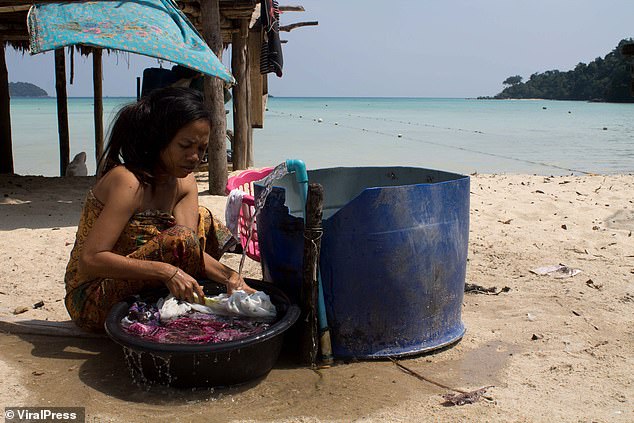 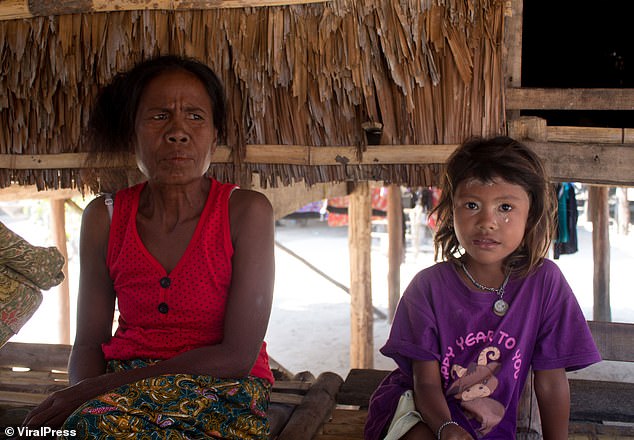 The Moken people have become famous for their diving skills, which they use to hunt fish with traditional methods, such as wooden spears 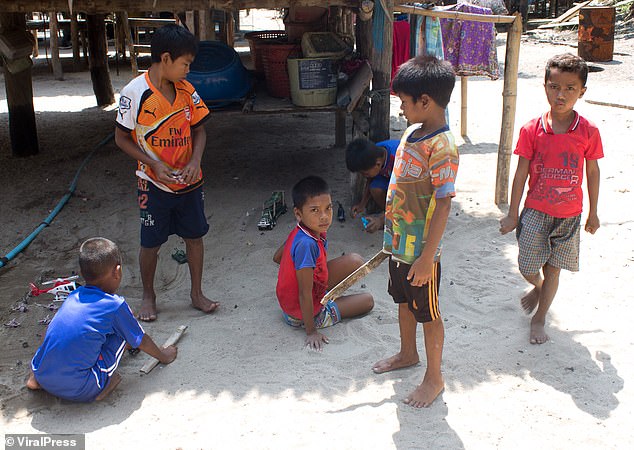 They drew public attention in 2004, when most of them managed to escape the devastating Indian Ocean tsunami that killed more than 220,000 people by relying on their intimate knowledge of the sea.

Today, the Phang Nga Naval Base vessel HTMS Narathiwat (OPV-512) was dispatched to bring food and medical supplies to the tribe.

But the fire means that many could now be separated or re-housed on the mainland, as happened after the Boxing Day tsunami, when they were re-homed and integrated into civilian life with ID cards, bringing an end to their unique existence.