A gang of burglars targeted rural homes to steal shotguns and sell them to other criminals.

Kadim Shah, John Shorthouse and Roshan Singh were responsible for more than 30 break-ins, taking cars and watches as well as licensed guns.

They travelled from Birmingham to carry out raids at properties in Warwickshire and Worcestershire. Dressed all in black and wearing balaclavas, they smashed their way into homes in broad daylight while the owners were at work.

Kadim Shah, John Shorthouse and Roshan Singh, pictured, stole licensed firearms from rural locations and sold them on to criminal gangs in Birmingham

The guns they collected were then passed on to criminal associates in Birmingham. Five, including a Beretta shotgun, were recovered by police.

One was found in the car of a rapper who was later jailed for two years. Another was recovered from a vehicle used by gangsters who had boasted about drugs and guns in videos on YouTube.

The first weapon they stole was found in November. Acting on a tip-off, officers stopped rapper Maher Ali and found the Beretta in the passenger footwell of the Volkswagen Golf he was driving. The gun – which was in three parts, and wrapped in bags concealed in a jacket – had been stolen hours earlier from a house near Stratford-upon-Avon.

Ali, 21, had been seen getting out of Singh’s Vauxhall Astra just before being stopped. He was jailed for two years for gun possession. 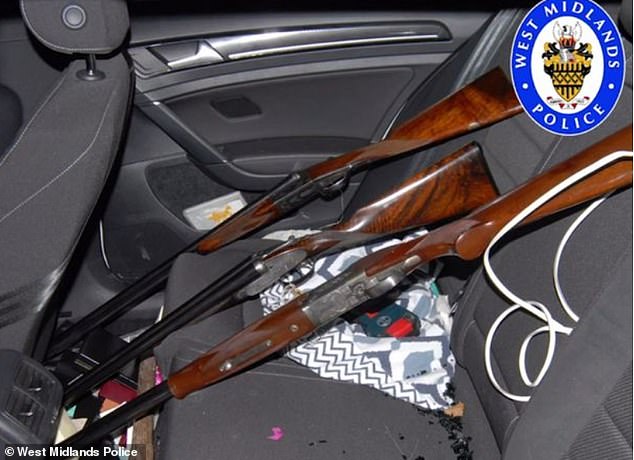 Police recovered these guns after stopping members of the gang, who boasted about their underworld life on YouTube 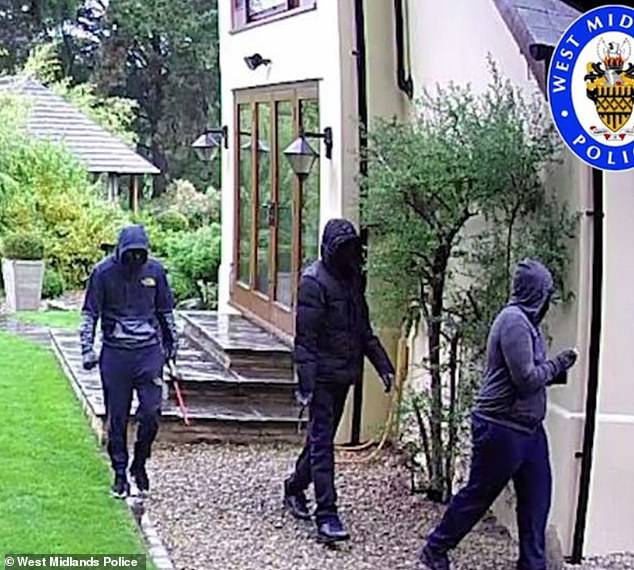 A sawn-off shotgun and large quantities of class A drugs were found in nearby Stirchley, in the boot of a car which had also been stolen in a burglary in Warwickshire. Shaun Barnhurst, 20, and Remi Carty, 21 – who had 50,000 followers on YouTube and appeared in a video surrounded by cash and scantily-clad women – were jailed for 15 years each for drugs offences and gun possession. Three more shotguns were found in a stolen car parked near Shorthouse’s home.

As well as burgling houses, Shorthouse, Singh and Shah also carried out a ram-raid at a Co-op in Earlswood, Warwickshire in December. CCTV footage showed them reversing a 4×4 into the shop before attaching a cash machine to the car and dragging it out. The ATM was later found with around £40,000 cash missing.

The trio were arrested later that month. Police said they were able to link them to 30 burglaries, starting in March 2018, as well as two robberies and the ram-raid. As well as burgling houses, Shorthouse, Singh and Shah also carried out a ram-raid at a Co-op in Earlswood, Warwickshire in December

All three admitted conspiracy to burgle, two counts of robbery and possession of firearms. Shorthouse also admitted possessing cocaine with intent to supply and both him and Shah admitted driving while disqualified.

The trio were sentenced at Birmingham Crown Court on Monday. Singh was jailed for 16 years; Shorthouse for 16 years eight months; and Shah for 15 years two months. Chief Inspector Ronan Tyrer said: ‘We have successfully put three very dangerous men behind bars and, in doing so, we are helping to reduce the supply of weapons.’