A suspected arsonist was taken into police custody on Saturday night after three ‘suspicious fires’ in the Melbourne suburb of Clayton.

The man allegedly set fire to Monash University’s Islamic Centre in Beddoe Avenue, before lighting a second blaze in the garage of a vacant home 100m away.

A car parked in the nearby suburb of Mulgrave was set alight less than ten minutes later, according to 9NEWS, and firemen were forced to fight all three blazes at once. 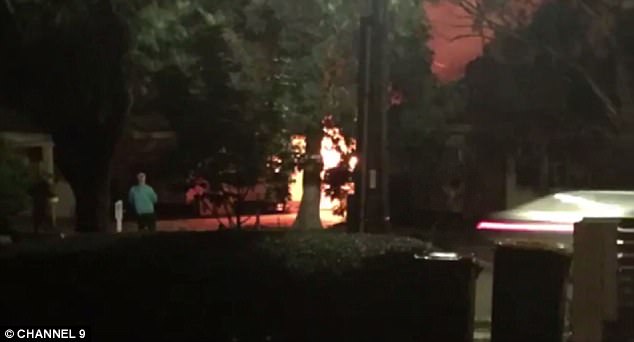 The man who is allegedly responsible was apprehended after police saw him entering the Islamic centre on a CCTV camera.

Police have confirmed that the fire at the Islamic Centre was ‘not religiously motivated’, although they do question how the firebug gained access given that the building is patrolled day and night.

The 42-year-old man was later caught in Wheelers Hill, and charged with eight offences. He will face court on Sunday morning.

Authorities will allege that he lit fires all along Beddoe Avenue, but are still investigating his motives for targeting the area.

Local Fulvia Vazzoler told media that there was a general feeling of unrest in the area, after more than seven properties were targeted this year.

Vacant homes, constructions sites and properties marked for demolition – all on Beddoe Avenue in Clayton – have been the site of suspicious blazes in recent months. 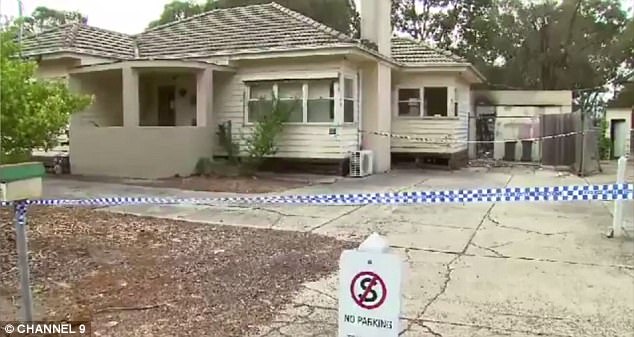 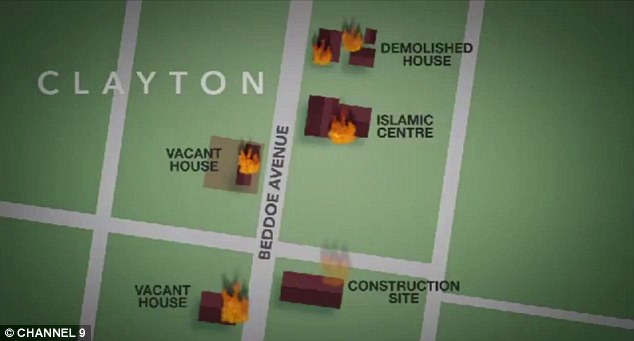