Firefighters were called to a a fire at a Houston, Texas, church but instead found a large gaming room.

A call from someone reporting they were trapped by an electronic door lock during a fire at the Word of Life Church brought emergency crews to the location on Friday night, reports KTRK in Houston.

It was then that the firefighters found the room that housed more than 100 machines.

The Word of Life Church in Houston, Texas, was the scene of an unusual discovery of more than 100 gambling machines. The church has only been at the current location since 2016 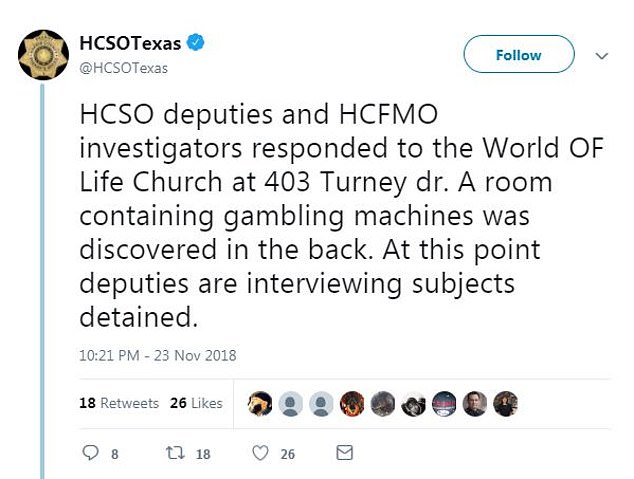 ‘A room containing gambling machines was discovered in the back,’ the Harris County Sheriff’s Office tweeted about the investigation.

Deputies also detained an unknown number of people who were detained, interviewed and released, except one who was wanted on an outstanding warrant.

While the investigation continues, the sheriff’s office did not find actual money changing hands and that deputies had searched the Word of Life Church on a warrant only two weeks prior, according to KHOU 11.

An investigation into the incident is still underway.

The Word of Life Church has only been at the current location since April of 2016 according to the house of worship’s website, and had only come into existence three years before that.

Under a the ‘About Us’ section, the church lays out that it is their ‘vision to BUILD the Kingdom of God, while building the people of God spiritually, economically, socially and physically.’ 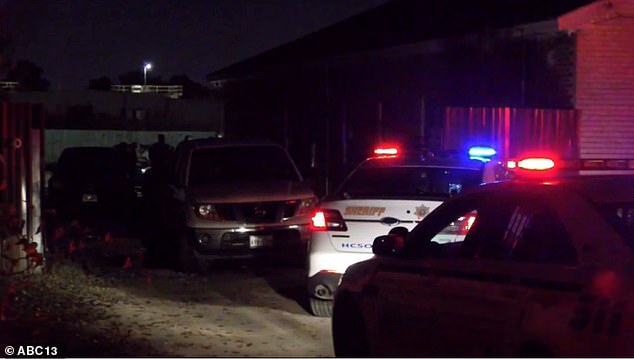