Firefighters give the kiss of life to a pigeon

This is the extraordinary moment hardened firefighters try to revive a pigeon which had passed out after inhaling smoke from a blazing building.

The firemen leapt into action to rouse a number of birds left unconscious after an arson attack on an abandoned bus depot.

They fed the birds with drops of water and used a tube to administer oxygen having checked there were no humans in the former bus depot. 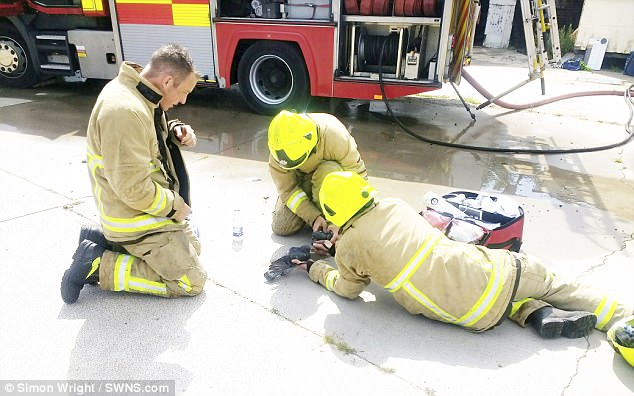 The birds were unconscious following an arson attack on a bus depot in Colchester, Essex 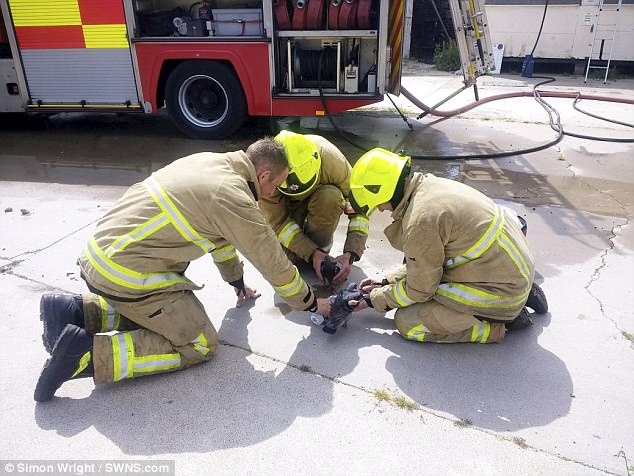 The firefighters used water and oxygen to revive the unconscious birds

Passer-by Sim Wright captured three of the rescue team fighting to saves the birds outside.

The marine biologist, who works next door to the depot in Colchester, Essex, said: ‘We heard what sounded like explosions coming from the depot so we thought it was best to get out.

‘The fire brigade actually hadn’t arrived yet but they were there very soon after and they went in through the back, which is where the fire really was.’

He added: ‘When I went round the back, I could see they were looking for people in the building and when they were sure no-one was trapped, they turned their attention to the birds.’ 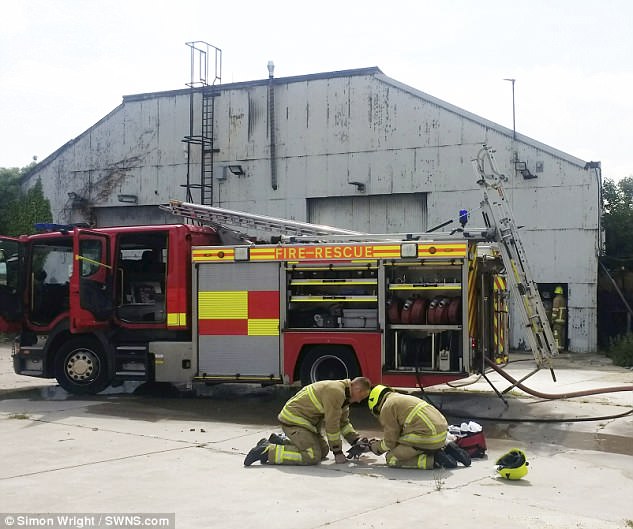 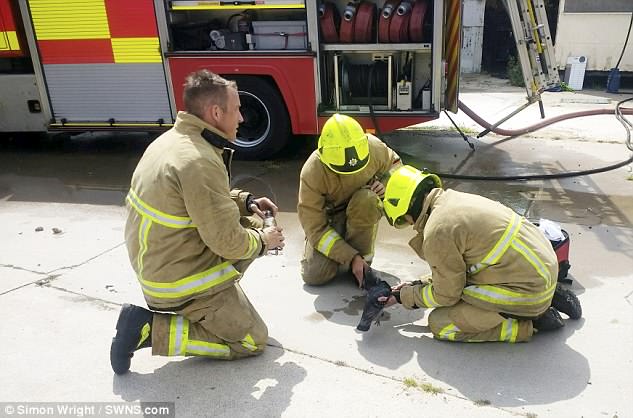 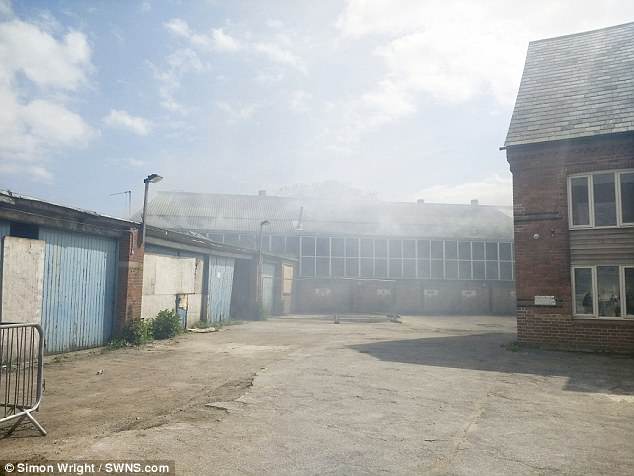 Underwater diver Mr Wright, who is more used to photographing coral reef and sealife around the world, added: ‘They were carrying the birds out by hand.

‘They had passed out from smoke inhalation.

‘They got them on to the ground and they started feeding them water out of a cap to revive them.

‘Then I was really surprised because they used a tube to feed them oxygen which really seem to do the trick.

‘When I saw it, being a marine biologist, I was really taken with the care they were displaying to the animals.

‘Obviously, their first priority is for humans but once they had ascertained there was no-one in there, it was really great to see how quickly they turned their attention to the birds and they seemed to respond pretty well.

‘Soon after I took this they were walking around the place and looked okay.’

The 49-year-old added: ‘As I was watching, I actually asked them if I could take a picture because it was just so different and I wanted to capture it.

‘They had arrived to tackle a fire ridiculously started deliberately and here they were reviving some pigeons.

‘I just thought it was a nice change and they should be commended for it.’

Mr Wright has been a diver for 15 years but qualified as a marine biologist last year.

An Essex County Fire and Rescue Service spokesman said the firefighters, who were called to the blaze on Friday, had gone above and beyond to ensure the animals’ survival.

He said: ‘This is a great example of the compassion our firefighters show on a daily basis across our county.’

He added: ‘Our priority will always be protecting human life from risk but in this particular case, firefighters were able to extinguish the fire and make the area safe with such efficiency that they were able to go above and beyond in offering care to pigeons who had been affected by the smoke.’