Rain at last: Firefighters jump for joy as torrential downpour hits the region they’ve been defending from raging blazes for weeks

Firefighters have rejoiced as torrential rain hit the mid-north coast of NSW where they’ve been defending homes from bushfires for weeks.

Footage captured in Rollands Plains, north-west of Port Macquarie, showed the Leongatha Fire Brigade jumping for joy as much needed rain fell on the scorched terrain.

The Leongatha crew travelled north from the South Gippsland Shire in Victoria to help NSW fire personnel battle unprecedented early fire season conditions that have stretched resources to their limits.

The footage, posted on the Leongatha Fire Brigade Facebook page, shows firefighters smiling and laughing as the rain falls down.

‘This is our crew in Rollands Plains in NSW at the moment with some very happy locals who have been on edge for over a month,’ the post read.

‘This local has also been helping cook meals for all the Fire Fighters and locals that have been forced from their homes for the past two weeks.’

The Bureau of Meteorology issued a heavy rain warning, with damaging winds and hailstones the size of large marbles expected to hit the east of New South Wales on Monday night and Tuesday.

Comments on the video offered praise for the firefighters tireless work in putting out the flames over the last few weeks. 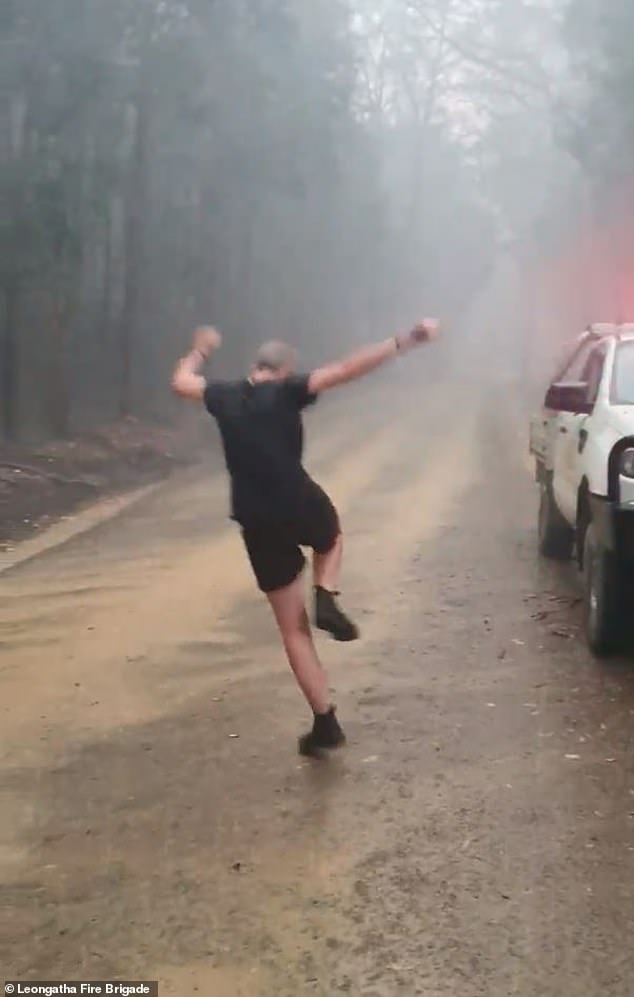 ‘Thank goodness finally some relief for you all. There is no doubt about the Aussie spirit..one in all in. Helping each other out,’ one comment reads.

‘Makes me very proud of the Victorian crews that have gone up north to help their fellow emergency services. Just as they have done for us in the past. Stay safe and come home soon.’

A cold front is forecast to move through New South Wales with rain on Tuesday, helping to ease fire conditions in the north of the state. 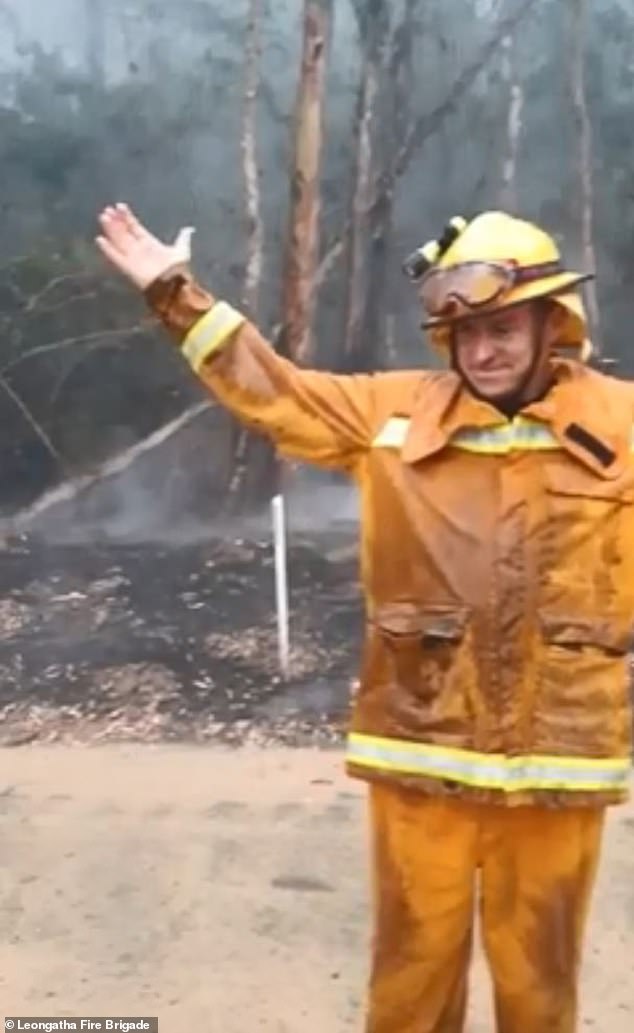