She made history as the first black Miss Universe Great Britain, a sparkling crown on an impressive CV that also boasts a career as a barrister and Commonwealth Games athlete.

Now Dee-Ann Kentish-Rogers has topped it all by becoming a government minister on the Caribbean island of Anguilla – and she’s still only 27.

She joined the government after a stunning election victory in which she defeated Victor Banks, the 72-year-old premier of the British overseas territory. He had held a seat on the assembly for more than 40 years.

Dee-Ann Kentish-Rogers (above), who made history as the first black Miss Universe Great Britain, has now become a government minister in Anguilla – and she’s only 27

It is another stunning achievement for a young woman who grew up on a humble farm on the island.

Speaking to The Mail on Sunday last night, she said that she was ‘drunk on sleeplessness’ from lengthy celebrations after a campaign in which her opponents tried to dismiss her as nothing more than a pretty face.

‘It’s just lazy prejudice,’ she said. ‘It was definitely there during the campaign. There was a feeling that I’m not prepared, that because of my past in Miss Universe, I couldn’t qualify as an opponent. But it was actually becoming Miss Universe GB, rather than a barrister, that stirred me to take a more active interest in social development.

‘Many people see beauty pageants as the antithesis of feminism, but I used my role to highlight female genital mutilation and acid attacks.’

As a teenager, she ran the 400m at the 2010 Commonwealth Games in Delhi for Anguilla, then followed her father and aunts into law, travelling to England to study at Birmingham University.

Ms Kentish-Rogers and her Anguilla Progressive Movement, which won seven of the 11 seats in the election last Monday, want to tackle corruption on the island to benefit its population of 15,000 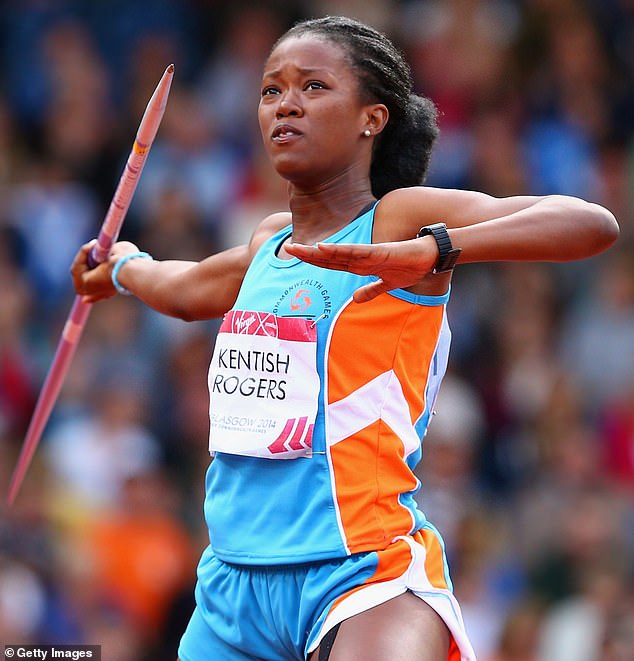 While still a student, Ms Kentish-Rogers competed at the 2014 Games in Glasgow, finishing 11th in the heptathlon.

After finishing her degree, she returned to the Caribbean and became Miss Anguilla in 2017 before a second spell in Birmingham to complete her legal qualifications. She was called to the Bar a year later. By that time, she had set her sights on the Miss Universe GB competition and won the title that same summer, going on to compete at the global final in Thailand.

The significance of becoming the first black woman to win the British crown passed her by initially, she said, but now she feels ‘privileged’ to be a role model.

‘When people tell me that I’ve been an example to their daughters, those messages floor me and make me understand what an honour it is to inspire others by becoming the first black winner,’ she said.

After gaining an insight into British politics while in Birmingham, Ms Kentish-Rogers and her Anguilla Progressive Movement – which won seven of the 11 seats in the election last Monday – say they want to tackle corruption on the island to benefit its population of 15,000. 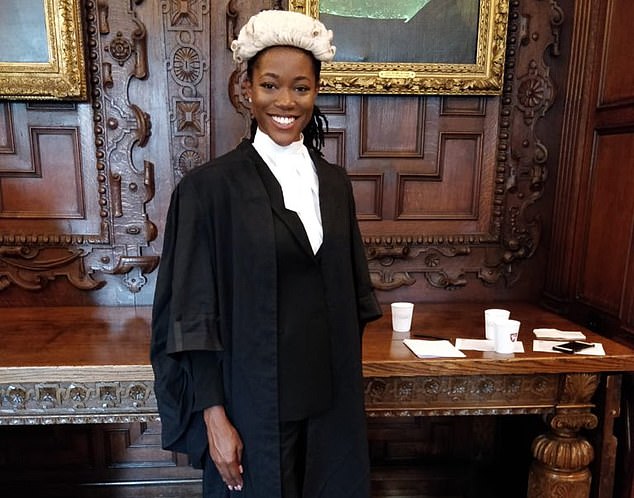 Ms Kentish-Rogers, who has now been appointed minister for social development and education in Anguilla’s new cabinet, also boasts a career as a barrister

But in the short term, her job is to help Anguilla grapple with a financial crisis caused by coronavirus. Although the island is now free of Covid-19, it is still closed to tourists.

Ms Kentish-Rogers, who has been appointed minister for social development and education in the new cabinet, said she will always retain her fondness for Britain.

‘I enjoyed my time in the UK. I travelled a lot and made some great friends. It will always have a part of my heart. Birmingham really is my home. I love that city.’

And while she has achieved more in the past decade than most people manage in a lifetime, she looks to a Briton for inspiration.

‘My hero has always been Jessica Ennis-Hill,’ she said of the Olympics star. She was such an accomplished heptathlete, but it’s her hard-work ethic that I admire most.’