First criminal charges ‘have been filed’ in Russian probe

The first charges have been filed in special counsel Robert Mueller’s investigation into Russian meddling in the 2016 presidential election, a report by CNN suggests.

A federal judge in Washington DC ordered the charges to remain sealed. It remains unclear what the nature of the charges might be.

Law enforcement officials were notified to be prepared to take individuals mentioned in the documents into custody as early as Monday, according to CNN.

A spokesperson for the special counsel’s office declined to comment on the matter.

Mueller was appointed to lead the investigation into possible Russian meddling in the 2016 general election in May.

Meanwhile, the White House appeared confident that Mueller’s investigation would soon be drawing to close, saying it was President Donald Trump’s Democratic opponent that should be worried.

‘If anyone was colluding with the Russians to influence the election, look no further than the (Bill and Hillary Clinton) and the DNC,’ White House Press Secretary Sarah Huckabee Sanders told Fox News. 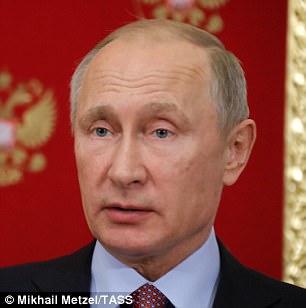 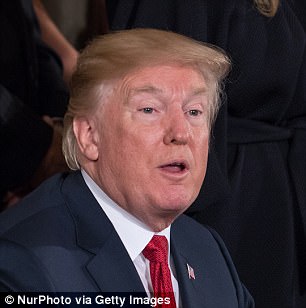 ‘Everything that the Clinton campaign and the DNC were falsely accusing this president of doing over the past year they were actually doing themselves, it turns out,’ she added.

Sanders earlier said during a White House press briefing that media attention and money spent investigating the matter is a ‘waste.’

‘Your news organizations have actually spent probably a lot of money on this…we would consider probably a pretty big waste,’ Sanders told reporters.

Mueller was appointed to the special counsel position following Trump’s abrupt firing of the FBI chief James Comey, tasked with finding out if the Trump campaign colluded with the Russian government to gain an advantage during the campaign.

Mueller, Comey’s predecessor at the FBI, is also looking into possible obstruction of justice charges by the president, who may have tried to hamper the investigation. 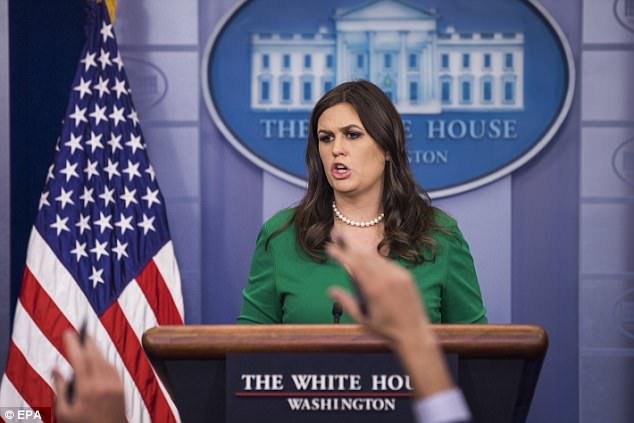 One of Trump’s closest associates during the election was former campaign chairman Paul Manafort, who since the election has come under a deluge of scrutiny.

Investigators with the Mueller investigation have been interested in Manfort’s possible ties to wealthy Russian figures close to the Kremlin since reports surfaced of his involvement with Ukrainian politics over the past several years.

A company owned by Oleg Deripaska, an aluminium magnate thought to have close ties to the government of President Vladimir Putin, gave a $26million loan to entities linked to Manafort, according to NBS News.

The report cited financial documents filed in Cyprus and the Cayman Islands – two countries that have poor reputations as havens of money laundering.

The revelation means that in the past decade, Manafort and Deripaska have concluded close to $60million worth of business dealings that are now drawing scrutiny from federal investigators.

In August 2016, Manafort stepped down as head of Trump’s campaign after reports surfaced of alleged shady financial dealings.

Former National Security Adviser for the Trump administration, Micheal Flynn, has also come under intense scrutiny since his unceremonious ouster from the White House in January.

Forced from government service into retirement in 2014 by the Obama administration, Flynn went on to set up a company that accepted speaking fees from Russian entities and later did consulting work for a Turkish-owned business.

He joined the Trump campaign and then the administration, but the Trump White House ousted him after saying he mischaracterized conversations with Russia’s ambassador to the U.S.

A wide range of his actions – including foreign contracts and payments, and whether he lied to officials – are under scrutiny by investigators.

It remains unclear if Manafort or Flynn have been charged in Friday’s filing with the grand jury.