First ever Qantas direct flight from Perth to successfully lands

History has been made as the first Qantas flight from Perth to London landed following its departure on Saturday night.

The flight was scheduled to take 17 hours and 20 minutes, landed at Heathrow Airport on Sunday at 5.10am on Sunday morning.

The flight did experience a bit of turbulence from Cyclone Marcus which has been creating strong winds in Perth. 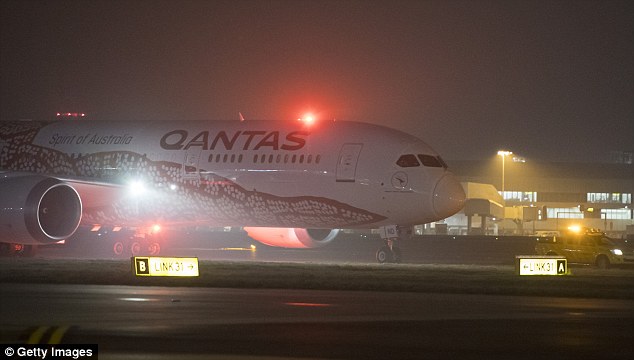 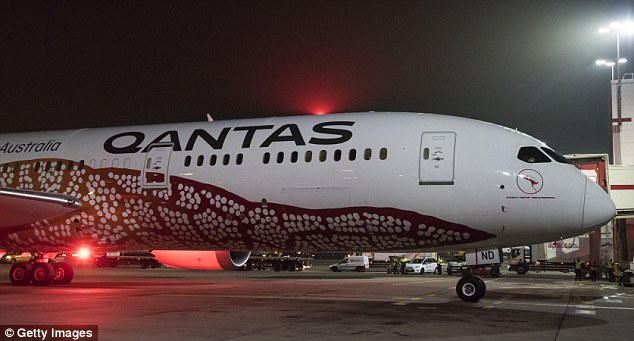 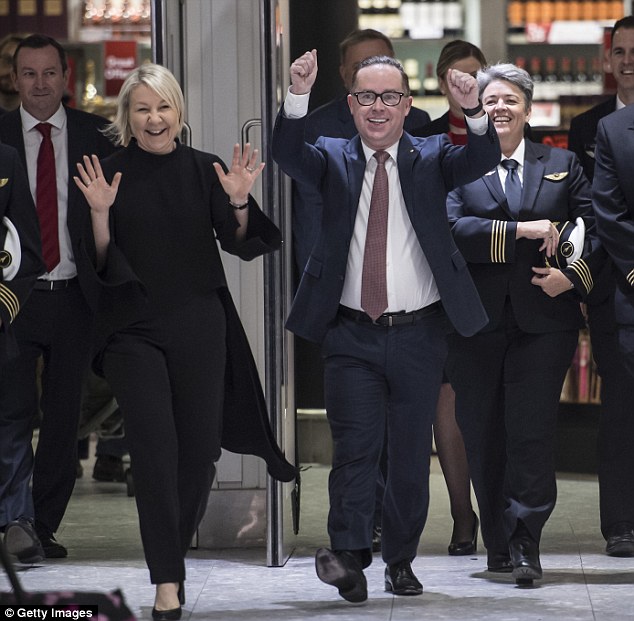 Alan Joyce (right) celebrates as he arrives into Terminal 3 at Heathrow Airport in London, United Kingdom 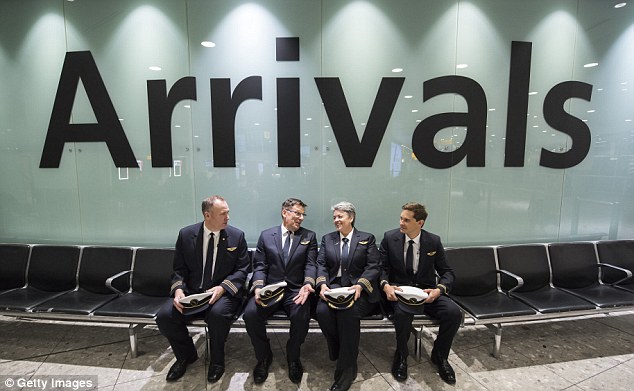 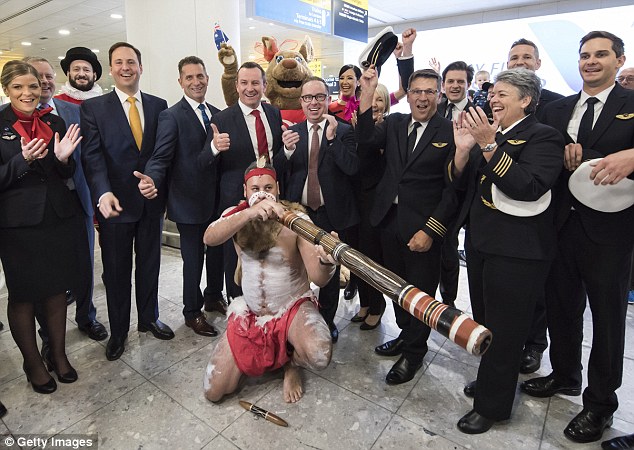 Qantas CEO Alan Joyce was aboard the flight and addressed the media describing the flight as a major milestone for Australia as well as global aviation.

Mr Joyce said the flight is off to a great start and the successful journey has kicked off a new era in traveling with the flight path eliminating stopovers.

To ensure there are more long direct flights from Australia, Mr Joyce said Qantas needs to show that it will work out economically.

‘The original Kangaroo Route from Australia to London was named for the seven stops it made over four days back in 1947. Now we can do it in a single leap,’ Mr Joyce said.

‘This is a truly historic flight that opens up a new era of travel. For the first time, Australia and Europe have a direct air link.’ 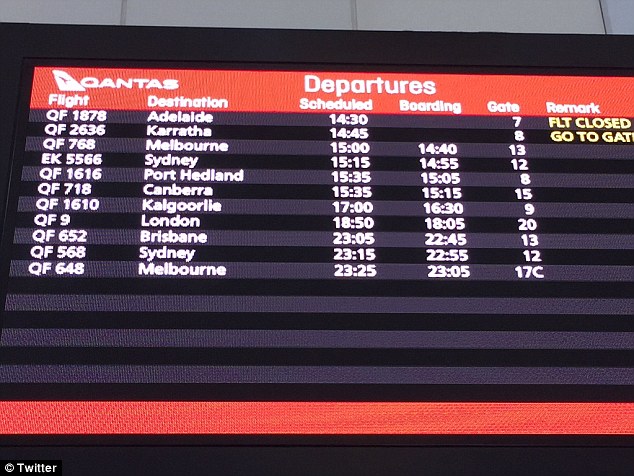 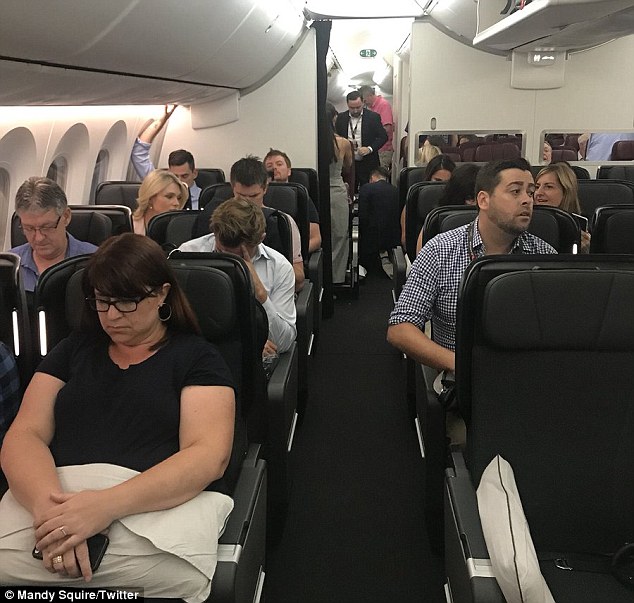 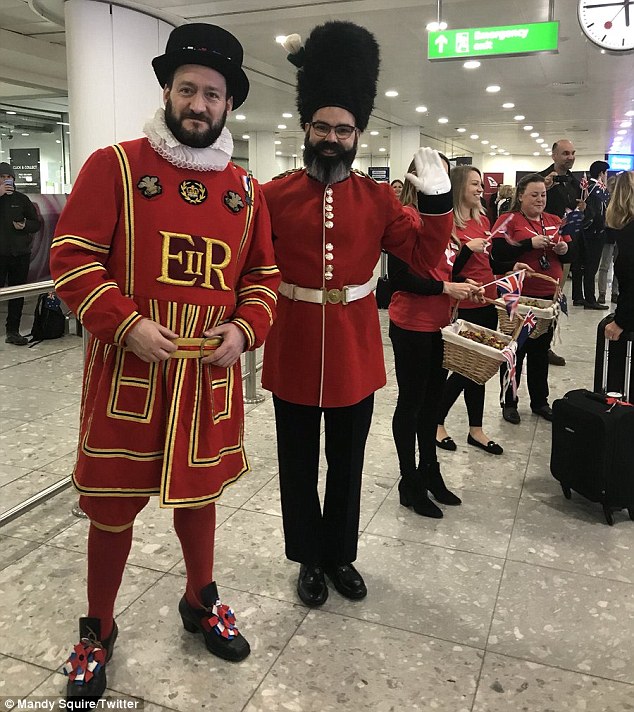 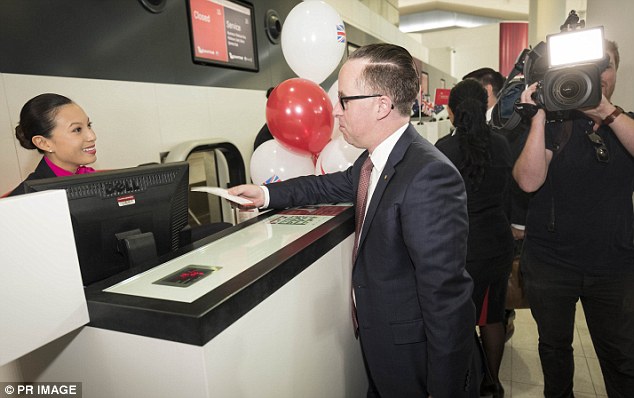 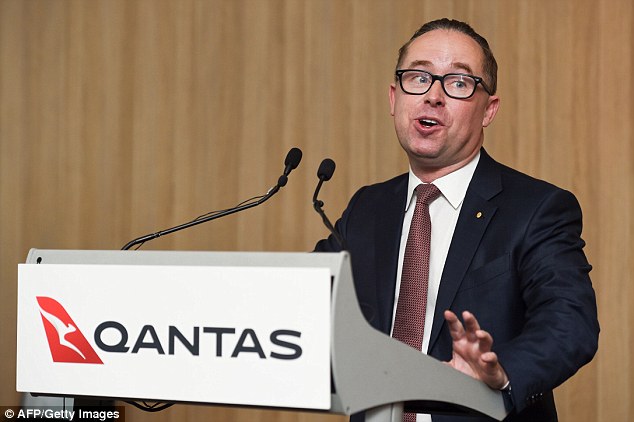 Mr Joyce said the flight has received a lot of attention since it was first announced.

‘The response to the flight has been amazing, both for the attention it’s received since we announced it and the bookings we’ve seen coming in. It’s great for Australian tourism, for business travellers and for people visiting friends and family on both sides of the world.’

QF9 is operated by four pilots across the journey, with one or two pilots resting at any one time.

On board Saturday night was one female pilot, Captain Lisa Norman. About 6 per cent of Qantas pilots are female and globally it is three per cent, a Qantas representative told Daily Mail Australia.

Mr Joyce said a huge amount of work had gone into optimising the experience for customers taking the trip.

‘This is hands-down the most comfortable aircraft that Qantas has ever put in the sky. 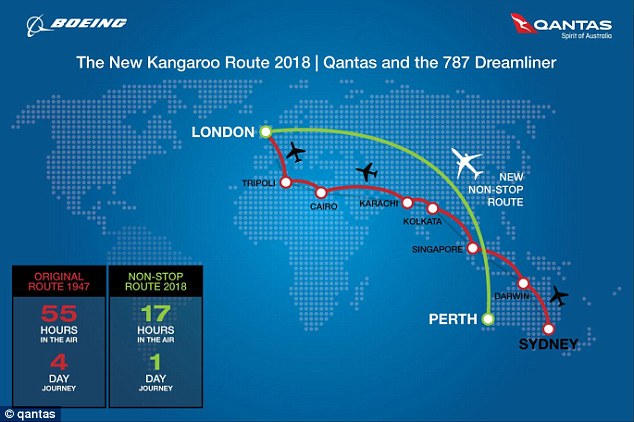 A new era in travelling was kicked off with the flight path eliminating stopovers (pictured: 2018 flight path compared to flight path in 1947) 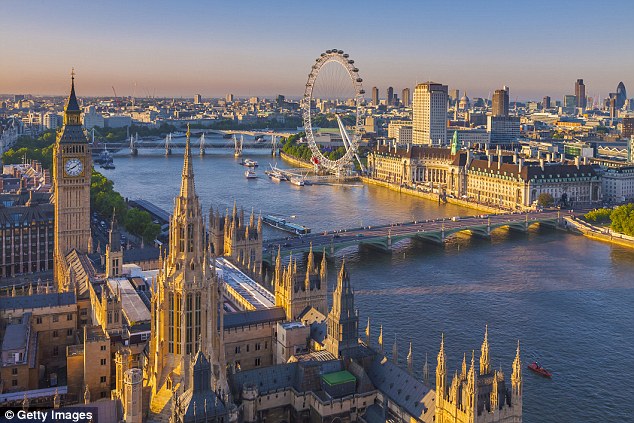 ‘Boeing designed the Dreamliner with features to reduce jetlag, turbulence and noise. We’ve taken that a step further with our cabin design, giving passengers more space in every class as well as bigger entertainment screens and more personal storage.

‘We’ve worked with the University of Sydney and our consulting chef Neil Perry to create a menu that helps the body cope better with jetlag and adjusted the timing of when we serve food to encourage sleep.’

Qantas will use Boeing 787-9 Dreamliners for the non-stop route, with 42 business class flat-bed seats, 28 premium economy seats and 166 economy seats.

Aviation consultant John Strickland said the launch of the flights is a significant moment for the airline industry.

He told the Press Association: ‘It will be a further test of how successful airlines can be with ultra long haul flying and whether this delivers sufficient profitability to justify the investment in aircraft.

‘Qantas will certainly be hoping to attract a higher proportion of premium customers due to the speed advantage combined with the 787’s better cabin atmosphere.’ 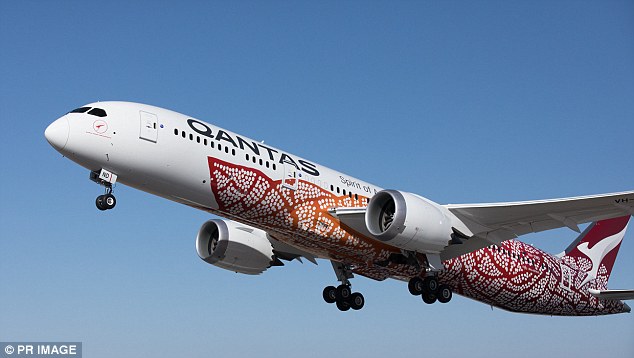 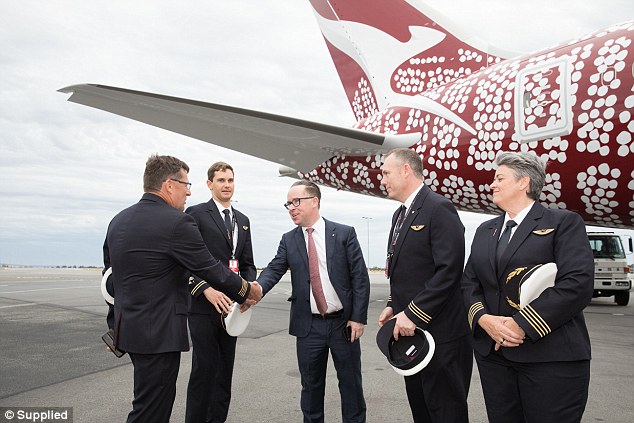