The secretary of Health and Human Services has spoken out to counter criticism of a detention facility for migrant children in Homestead, Florida, as the first images surface from inside the complex.

‘There’s been a lot of factual misrepresentations or just ignorant statements made about Homestead and frankly, the broader program that we run at HHS,’ HHS Secretary Alex Azar told CBS News.

The Homestead facility has been the site of a stream of visiting Democrat presidential candidates this week, as well as constant protests demanding that it be shut down.

Now CBS has been allowed to film inside the facility, which houses about 2,500 migrant children who crossed the border illegally, most of them traveling unaccompanied.

Migrant children are seen at the controversial HHS facility in Homestead. Most of them are from Central America and crossed the border illegally and unaccompanied 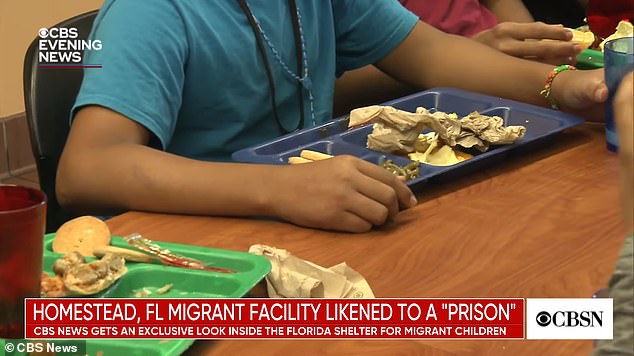 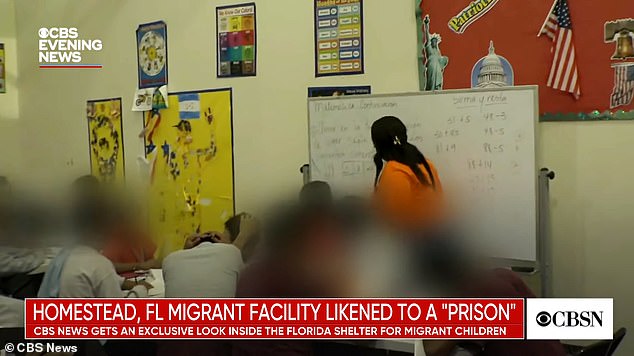 The children are even given lessons in the facility’s classrooms

The images show the children walking about the facility in orderly lines, eating healthy cafeteria meals, and attending classes in crowded and boisterous classrooms.

The footage shows the large dormitories where the kids sleep in bunk beds, which Azar says the children prefer to smaller rooms. CBS News was not allowed to interview any of the children due to privacy concerns.

Azar says that the facility, which is run by a contractor for HHS’s Office of Refugee Resettlement, has been confused in people’s minds with detention facilities run by Customs and Border Protection.

CBP can only hold children for 72 hours, after which HHS takes them into custody.

CBP processing facilities, overwhelmed by a massive surge of illegal crossings at the border, have come under criticism for poor conditions, though Congress this week passed an emergency $4.6 billion in funding to be spent on the migrants.

There are currently 13,500 minors in HHS care, and typically they can only be kept at facilities like Homestead for 25 days. 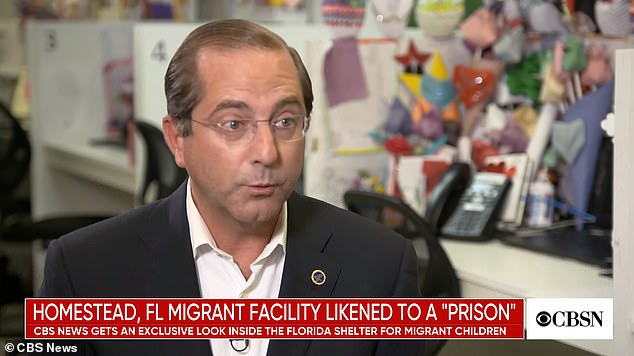 ‘There’s been a lot of factual misrepresentations or just ignorant statements made about Homestead and frankly, the broader program that we run at HHS,’ said Secretary Alex Azar 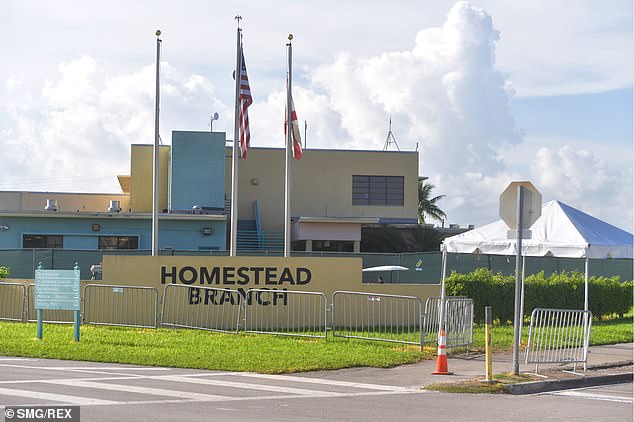 General view of a facility holding migrant children in Homestead. The controversial for-profit detention center holds around 2,300 children from the ages of 13 to 17

The teens at the Homestead facility are mostly from Central America.

Although many traveled to the U.S. without family, they have described the devastation of being taken from aunts, uncles or older siblings before ending up in custody of the Department of Health and Human Services, according to court documents.

On his visit, Beto O’Rourke stood on a ladder to peer over the fence and shouted ‘we love you’ in Spanish to the children inside.

On Friday, spiritual guru Marianne Williamson took selfies with protesters at Homestead and stood on a step ladder to hold a heart sign and wave to the children being held behind the fence. 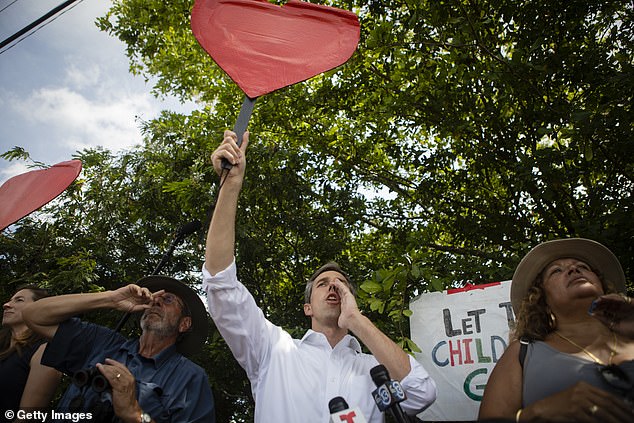 Beto O’Rourke held up a heart-shaped sign and shouted ‘we love you’ in Spanish as he visited the Homestead facility this week. He compared it to ‘a military POW camp’ 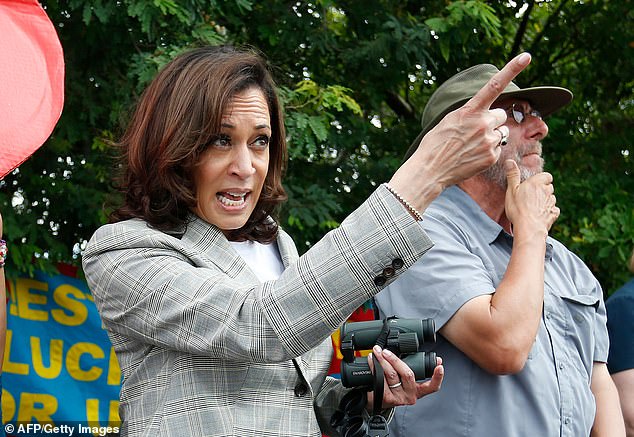 ‘What is being done to these children is a human rights abuse by the United States,’ California Senator Kamala Harris said during her visit 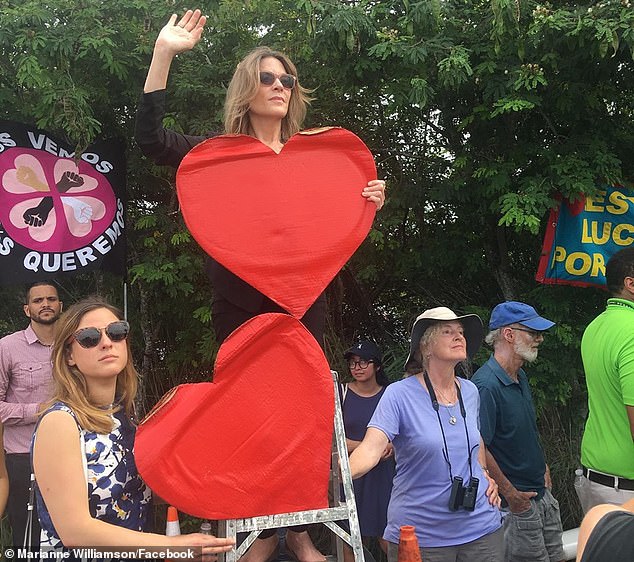 ‘These children have been detained, specifically to harness the power of fear and mean spirited, political purposes by the Trump administration,’ she said.

Vermont Senator Bernie Sanders said children fleeing their home countries ‘to try to save their lives and have a shot at human freedom and dignity’ should be released to relatives in the U.S.

‘What is being done to these children is a human rights abuse by the United States,’ California Senator Kamala Harris said during her visit.

Massachusetts Senator Elizabeth Warren claimed that children at Homestead ‘are locked up here for weeks, for months, because our government is following a policy of inflicting maximum pain on families that flee here trying to build a better life.’

Republicans accused the Democratic candidates of trying to score cheap political points with the pilgrimages to Homestead, saying they should be focused on crafting solutions to problems with the nation’s immigration system.