Busted! Enterprising boy, 6, gets caught on camera using Alexa to cheat on his winter break homework in adorable video

A kid in New Jersey was busted when his mother caught him asking Alexa for the answers to his home work, and she recorded it on her cellphone before yelling at him.

New Jersey mom Yerelyn Cueva, 24, took to Twitter to share the short clip of her son, posted a short clip on Twitter of her son, six-year-old Jariel, who was supposed to be doing his math homework without help.

Jariel asks, ‘Alexa, what’s five minus three?’ The Amazon Echo quickly replies with the right answer, before you hear Cueva burst into the room saying ‘BOY!’

The clip, which she posted to Twitter, has received more than 8.2million views.

Alexa, do my homework: Yerelyn Cueva, 24, posted a short clip on Twitter of her son, Jariel, 6, doing his math homework, but asking Alexa for the answers 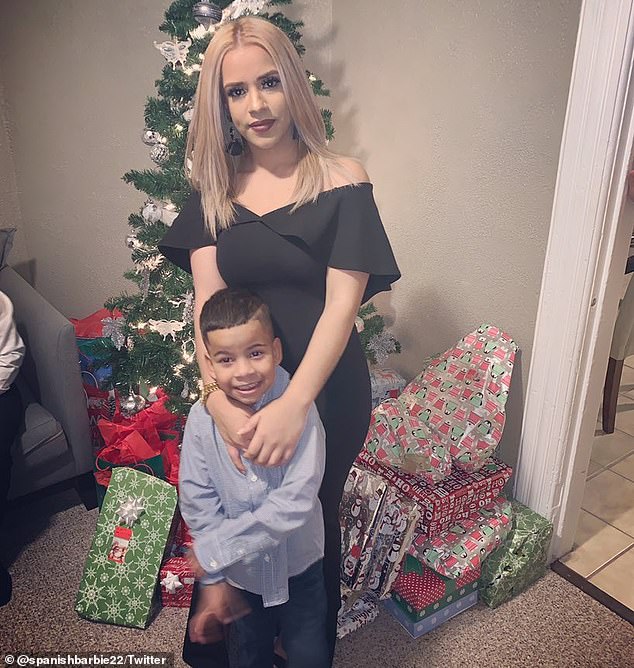 The mother is heard in the video yelling at him just before the clip ends. She says he is a bright student who enjoys math and was just being lazy

‘It was just any regular day of doing homework,’ Cueva told the New York Post.

‘I’m in the living room, and I overheard him asking Alexa some math problems, and I could not believe it! What you don’t see is after he says, ”Thank you Alexa for helping me with my homework.”

The techie device had only been in the home for a week before she caught Jariel using it to cheat on his first grade winter break homework.

‘The funny thing is that math is actually his favorite subject,’ Cueva says. ‘I was surprised because he knows this stuff. He was just being lazy. Taking a shortcut.’ 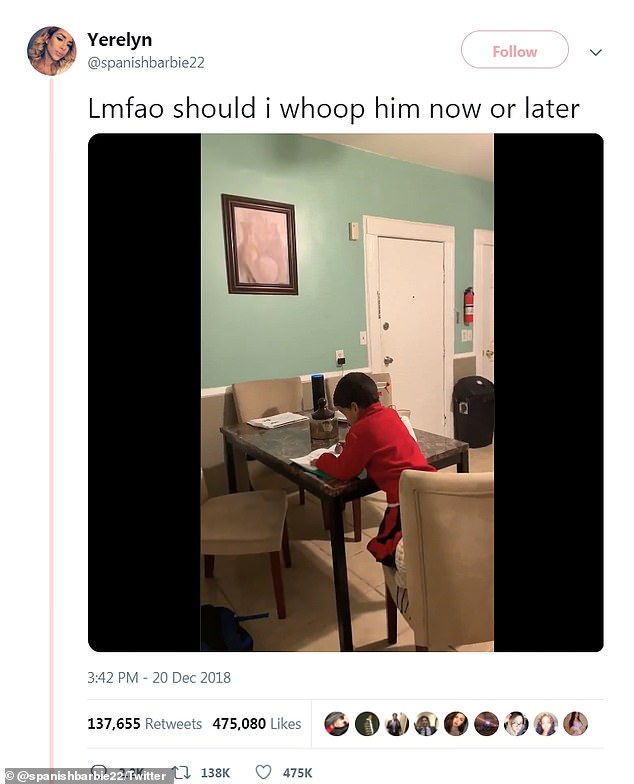 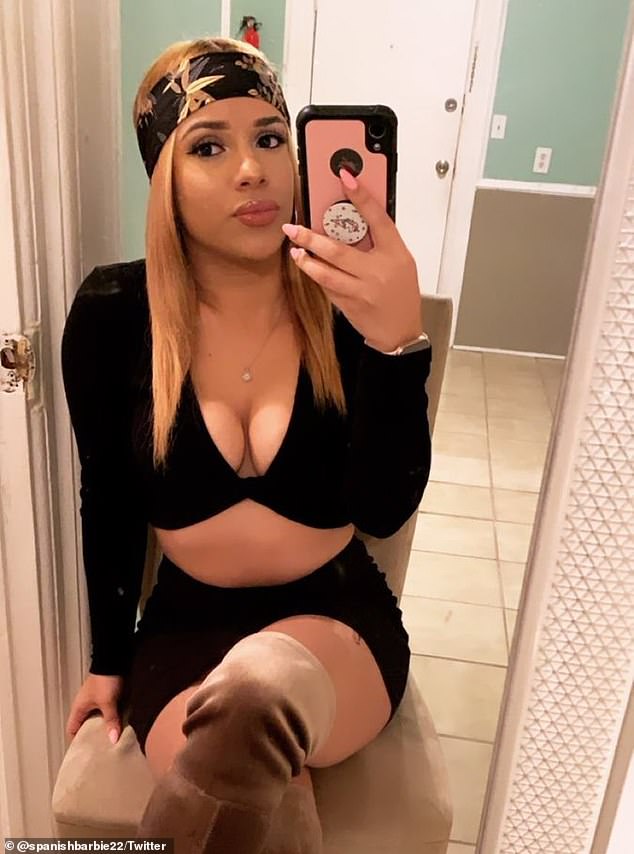 Cueva said that while Alexa is a great device she will likely have to keep it off while he studies in the future.

She says he’s really bright and ‘always asks different questions than the other kids, and has always been very mature mentally.’

But now, ‘I’m probably going to have to turn it off so he doesn’t just keep on cheating,’ she adds.