The nest was discovered east of Blaine, Washington, approximately one-quarter mile from where a Blaine resident spotted the year’s first live hornet earlier this month, according to a statement from the Washington State Department of Agriculture (WSDA).

WSDA officials, along with the Oregon Department of Agriculture and USDA’s Animal Plant Health Inspection Service, found the nest after netting three hornets and fitting them with tracking devices between August 11 and August 17.

The first murder hornet nest has been found in Washington State, officials said. The nest was found near Blaine, Washington, approximately 1/4 mile where a resident spotted the first live hornet earlier this month 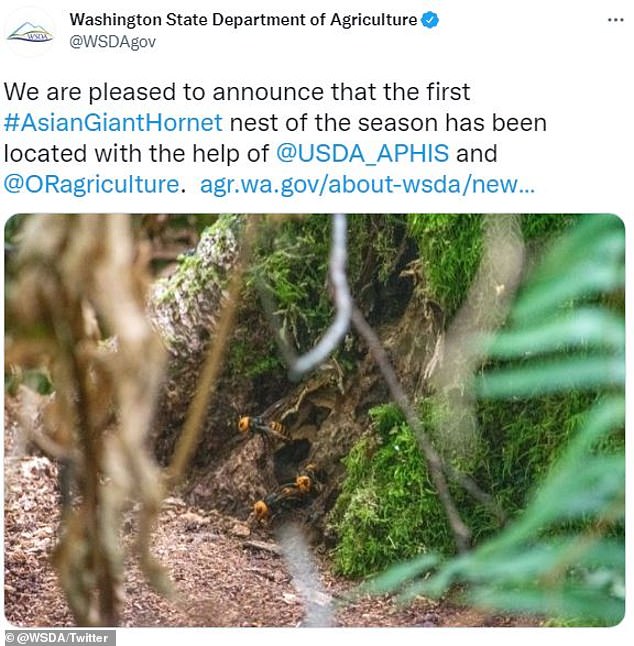 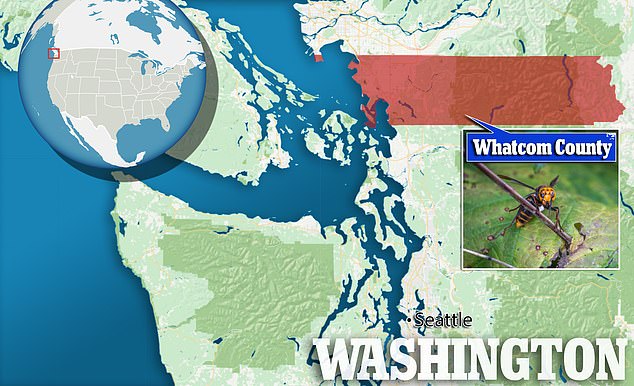 The WSDA said that reported sightings have only happened in Whatcom County, so it is ‘promising’ that previous eradication efforts are working.

The government agency tweeted that reported sightings have only happened in Whatcom County, so it is ‘promising’ that previous eradication efforts are working

One hornet led the team to the nest; another slipped out of the tracking device and the other was never located.

The government agency tweeted that reported sightings have only happened in Whatcom County, so it is ‘promising’ that previous eradication efforts are working.

‘Teamwork has been the key to success with this effort,’ Sven Spichiger, WSDA managing entomologist said in the statement.

‘Whether it is the public reporting sightings and building traps or state and federal agencies working together, this is really a model for success in invasive species management.’

The WSDA said its entomologists will now form plans to eradicate the nest, sometime in the next week.

Despite the cause for celebration, WSDA said there ‘may still be more’ nests and is relying on the public to report sightings at agr.wa.gov/hornets in Washington State. 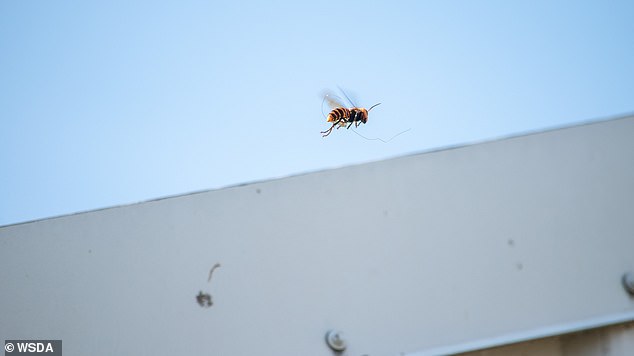 Potential sightings can also be reported by emailing hornets@agr.wa.gov or calling 1-800-443-6684.

For those in Oregon, suspected sightings can be reported at oda.fyi/HornetReport.

The discovery of the Asian giant hornet nest follows news earlier this summer that a dead male Asian hornet was found in Snohomish County, Washington.

A Marysville resident found and reported the dead bug on June 4 via the agency’s Hornet Watch Report Form.

Entomologists determined it was a male, but after they looked at its DNA and coloring, they believed it to be unrelated to the Whatcom County or Canadian murder hornets seen in 2019 and 2020. 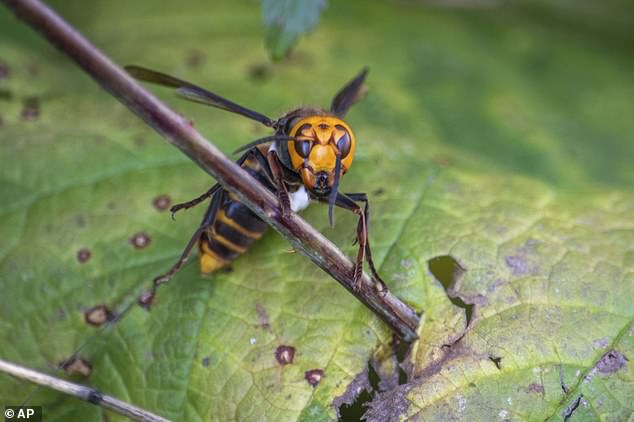 Murder hornets kill honeybees, which are already under siege from mites, diseases and other factors. They have an extremely painful sting and are the world’s largest hornet, at two inches

The new finding highlights how important the public is to finding this invasive species, which can decimate entire hives of honeybees, which are already under siege from mites, diseases, pesticides and loss of food.

The Asian giant hornet, which has an extremely painful sting, is the world’s largest hornet at two inches.

More than half of confirmed Asian giant hornet sightings in Washington and all in Canada came from the public, WSDA has previously stated. 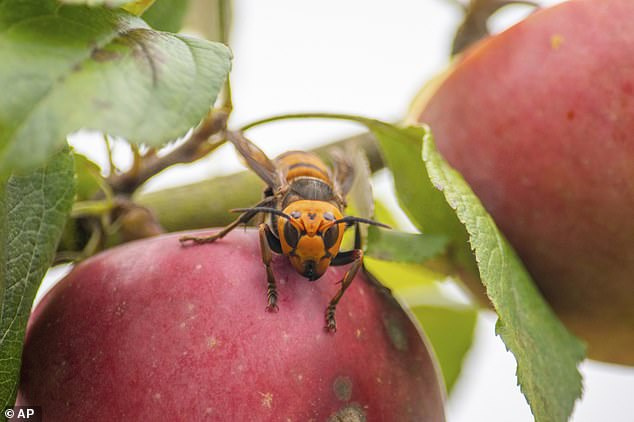 The first confirmed detection of the hornet in the US was in December 2019 near Blaine and the first live hornet was trapped in July 2020.

‘The hornets enter a “slaughter phase” where they kill bees by decapitating them. They then defend the hive as their own, taking the brood to feed their own young,’ the WSDA has said previously.

The agency has already killed six or seven hives in Washington State.

Despite their nickname, the hornets kill at most a few dozen people a year in Asia, and experts say it is probably far less but they do deliver painful stings to humans.

Hornets, wasps and bees typically found in the US kill an average of 62 people a year, according to the Centers for Disease Control and Prevention.

Sting length: Quarter of an inch 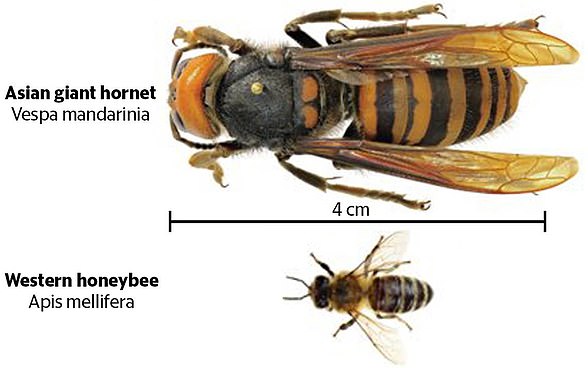 Asian giant hornets are more than double the size of honeybees, and have a wingspan measuring more than three inches

Venom: It administers seven times more venom than a honeybee when it stings. This acts as a neurotoxin and can lead to seizures and cardiac arrests. The sting is described as incredibly painful.

Behavior: Insect emerges in April and nests in the ground. It predates on many insects, but particularly targets honeybees.

Risks Has a habit of sacking bee hives, decapitating the workers and stealing the young. The European honeybee has no defense against the invader. Its stings could also prove fatal to Americans.