The AFL’s annual Indigenous Round has finished in a cloud of controversy after it emerged a First Nations man who was present at the official launch and photographed alongside key AFL personnel carried out an ‘animalistic’ rape in 1998.

First Nations elders were ‘furious’ Adam Lampton-Nicholls, a Yorta Yorta man, was in several pictures representing Indigenous peoples to mark the round that is named after his grandfather, Sir Douglas Nicholls, according to the Herald Sun.

This is despite him pleading guilty to a heinous rape before being sentenced to five years in jail.

Victorian County Court documents state that Lampton-Nicholls, who was referred to as Adam James Lampton in the records, pleaded guilty to raping a woman in a car in South Melbourne in a horrific two-hour ordeal with one of his ‘drinking mates’, Stephen George Kelly, at 3am on December 14, 1998.

Judge Wodak said Lampton-Nicholls and his friend had offered the victim a lift but instead pulled the car off to the side of the road and attacked her in the front passenger seat.

‘I am satisfied that the ordeal was protracted and terrifying for the complainant. She was, throughout this time, forced to submit to utterly selfish and insensitive behaviour whilst the two prisoners gratified their sexual appetites, ignoring her pleas not to do what was being done,’ Judge Wodak said of the assault when sentencing Lampton.

‘In the words of counsel for Mr Lampton, the behaviour of the prisoners was “animalistic”, a word which conveys graphically and appropriately the conduct for which the two prisoners are now to be punished.’ 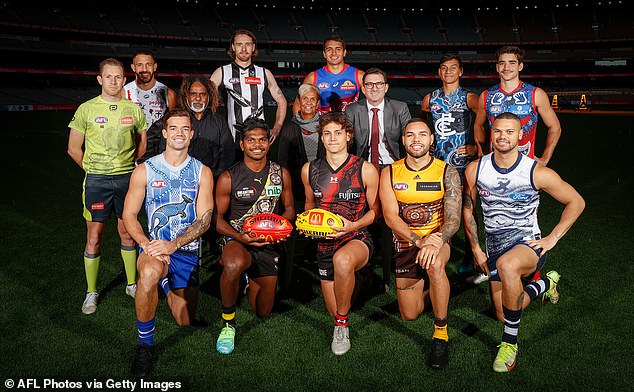 Lampton-Nicholls (middle, second from left) is the grandson of Sir Doug Nicholls, and was photographed with Indigenous players from around the league in official AFL photos

Lampton-Nicholls has been seen participating and promoting First Nations peoples across the AFL over the last decade or so, but this is the first time his criminal record has been mentioned in the media.

When he was photographed next to the AFL’s chief financial officer Travis Auld, and alongside Indigenous players from around the league, he was accompanying his mother, Aunty Pam Pedersen, who is Nicholls’ daughter. 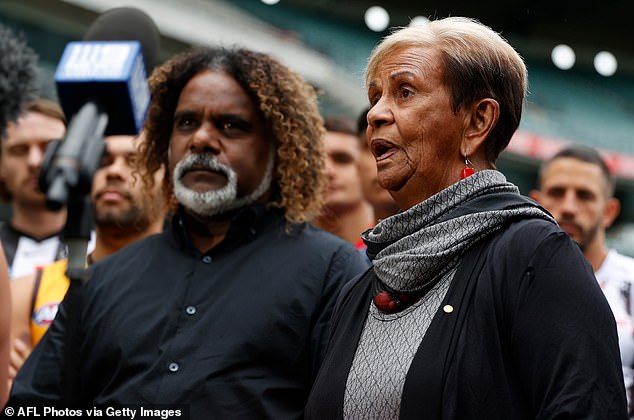 His mother, Aunty Pam Pedersen, was at the launch and it is reported Lampton-Nicholls was there as her carer, and didn’t attend in an official capacity

The AFL said he attended as a carer for his mother, and have not commented on whether they were aware of his criminal history, but they have quietly removed the images that feature him.

Aunty Pam herself appeared shocked when asked about her son’s criminal record, and didn’t see reporting of it as a big deal.

‘My son has served his time, what has it got to do with other people?’ she said.

‘Everyone deserves a second chance no matter what they have done. My son is such a good community person for the Aboriginal community.’ 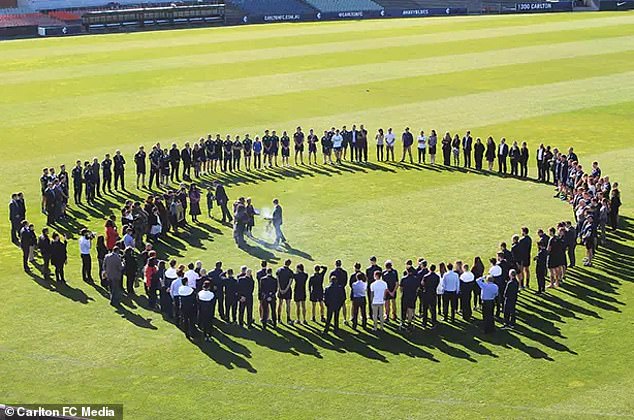 Lampton added Nicholls to his surname since his conviction.

With one of the most famous Indigenous surnames in the AFL, he’s been at the Carlton Football Club to attend a smoking ceremony in acknowledgement of his grandfather. 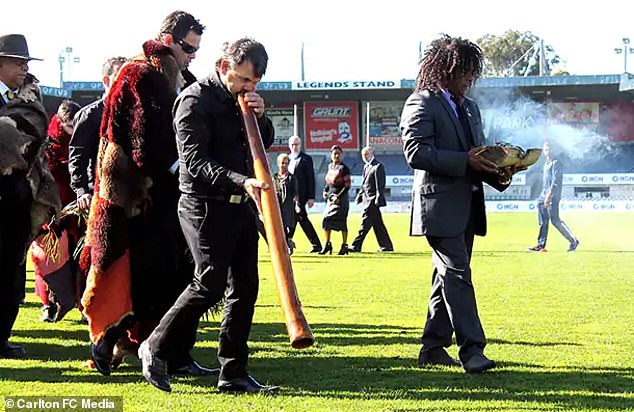 He’s been pictured alongside heavyweight CEO Brian Cook who was then with Geelong, and is now with Carlton, in an official capacity.

A mad Lions fan, he was also featured on 7AFL’s coverage ahead of Sir Doug Nicholls round in 2020, with his family unable to attend due to COVID restrictions. 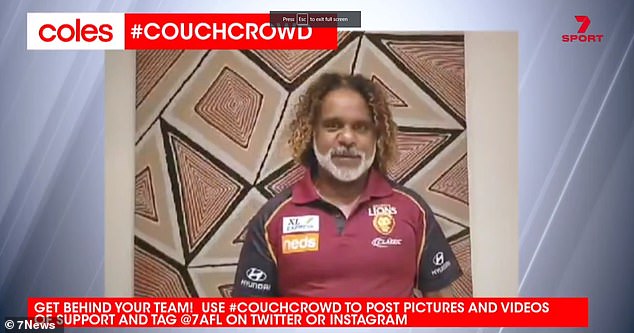 Other Indigenous elders appear to have been aware of his conviction.

He was also quoted in a story by the Geelong Independent talking about ‘Closing the Gap’ for First Nations peoples as a Yorta Yorta man.