The second day of Quinton Tellis’ retrial opened in Mississippi on Wednesday with testimony from multiple first responders, who described in horrifying detail how Jessica Chambers was burned beyond recognition when she stumbled out of the woods in 2014 after being set on fire.

Tellis, 29, is being retried on capital murder charges, after jurors could not reach a unanimous verdict last year.

A firefighter who was on the scene on December 6, 2014, told the court that the 19-year-old’s body was completely covered in burns and ‘almost looked like shoe leather.’

‘Her face itself…she was unrecognizable,’ the first responder said from the stand. ‘There was black charring.’ 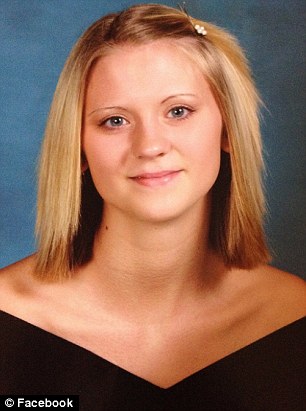 Day two: Quinton Tellis, 29, is pictured in Mississippi court Wednesday on Day 2 of his second trial. He is accused of killing 19-year-old Jessica Chambers by setting her on fire in 2014 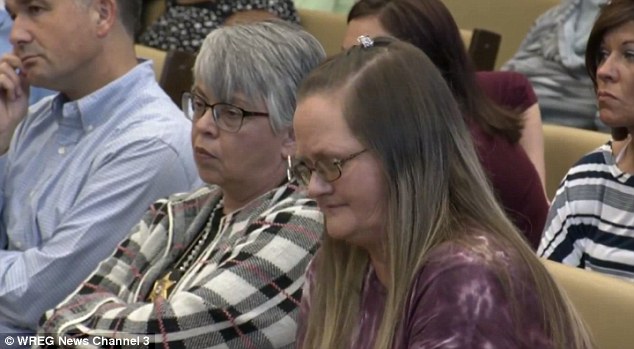 Jessica’s mother, Lisa, is pictured in the courtroom during first responders’ testimony Wednesday

According to the witness, when another firefighter asked Jessica who did this to her, she responded with what sounded like ‘Eric’ or ‘Derek,’ but it was a struggle for her to speak.

Ben Chambers, Jessica’s father, began sobbing in the courtroom while listening to the gut-wrenching testimony.

An EMT who administered first aid to Jessica told the jury that the first thought that came to his mind when he saw the victim’s condition was that they needed a medical helicopter.

‘Skin was hanging off of her lips [and] out of her nose,’ the paramedic recounted. ‘Her eyelashes and eyebrows were gone. The hair on top of her head was a big singe-ball.’

He added that Jessica attempted to speak but her voice was raspy and it was nearly impossible to make out the words she was trying to utter.

The EMT said he heard Chambers say ‘her-see,’ which he took to mean ‘thirsty,’ and ‘ole,’ which he thought stood for ‘cold.’

He also said he heard the teenager say ‘eh-wih,’ which he took to mean ‘Eric.’

Next up on the witness stand was yet another first responder, who said he was surprised to have learned that the victim was only 19.

‘She didn’t look like a 19-year-old girl laying there,’ he said, adding that he thought at the time she was between 40 and 50 years old.

The court also heard this morning from two Panola County Sheriff’s deputies, who both testified that when they asked the victim to name her attacker, she said what sounded like ‘Eric.’

Chambers could not say the man’s last name but indicated that it was not her boyfriend.

When asked whether the assailant was black or white, she responded with what sounded like ‘black,’ according to one of the deputies.

The defense has previously emphasized that multiple emergency workers heard the dying Chambers say someone named ‘Eric’ attacked her, calling the prosecution’s evidence ‘speculation’ or ‘unreliable.’ 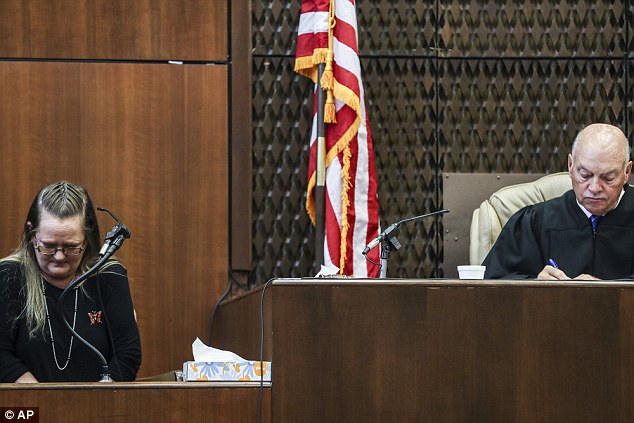 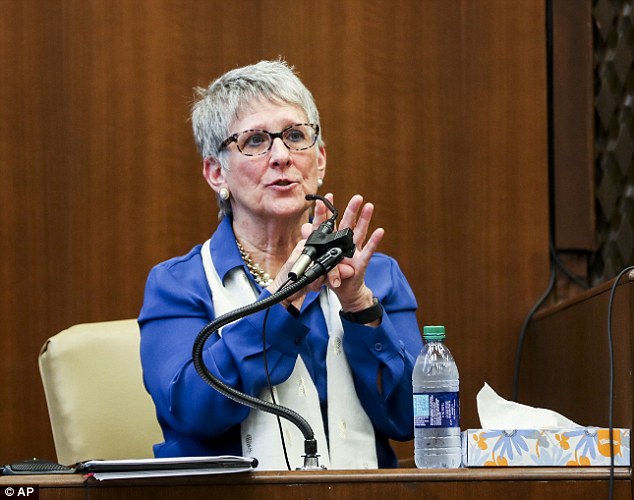 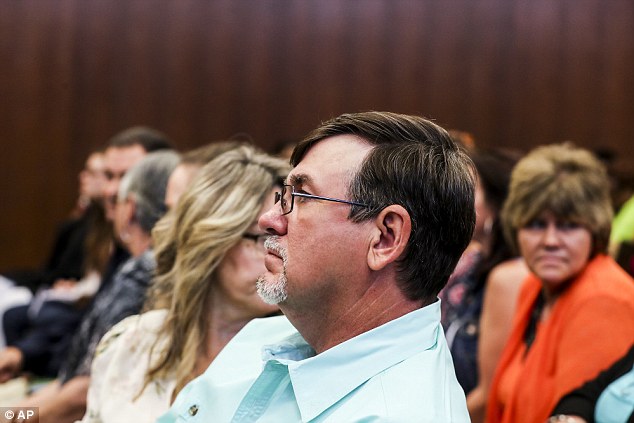 Ben Chambers, father of Jessica Chambers, is seen in the courtroom on the first day of the retrial of Quinton Tellis in Batesville Tuesday

‘Once you hear all the evidence the state offers, you’re going to have plenty of evidence to convict him of capital murder,’ Panola County Assistant District Attorney Jay Hale told jurors in his opening statement Monday.

Defense attorney Darla Palmer urged jurors in her opening statement to disregard evidence about cellphone locations that she said can’t prove Tellis and Chambers were in exactly the same place. 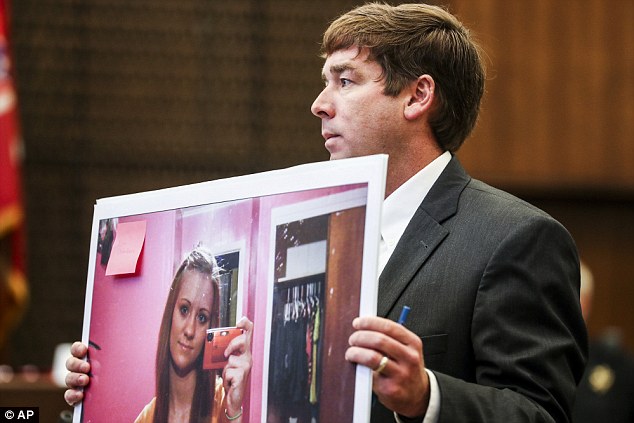 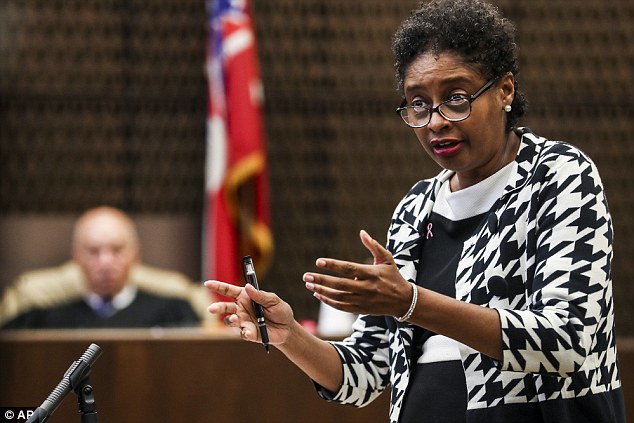 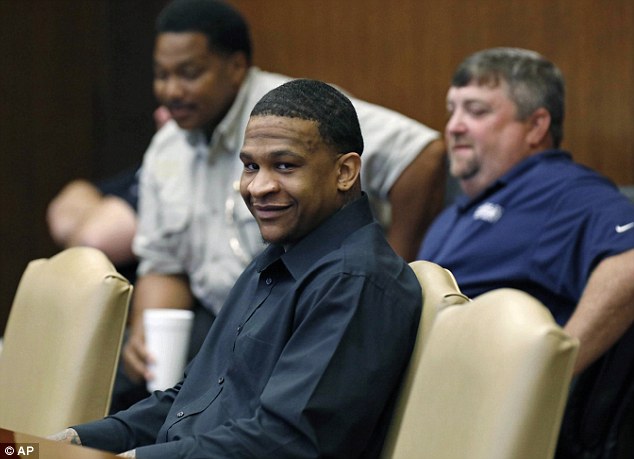 Hale said investigators had interviewed many people named Eric or Derek but ruled all of them out. He said that after the inquiry reached a dead end, investigators re-examined Tellis who had been an early suspect.

Next up on the stand was Jessica’s best friend Lakesha Meyer, who recounted how she first met Tellis a few days before Chamber’s death, and how the 19-year-old introduced the man as just a friend. 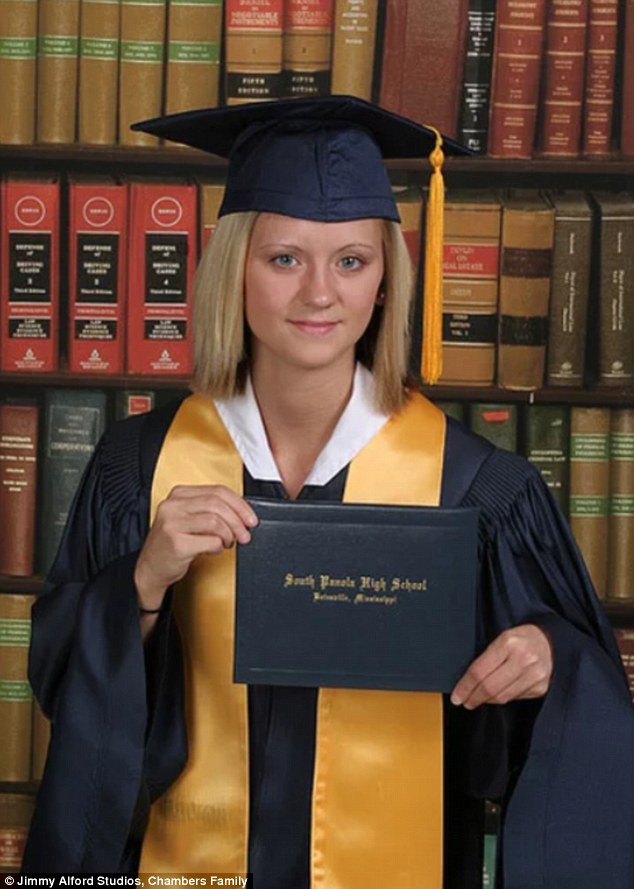 After a break, Dr. Carolyn Higdon, a speech language pathology expert, took the witness stand, telling the court that based on her analysis of autopsy photos showing extensive damage to the victim’s mouth, larynx and lungs, and her conversations with Chambers’ doctor, the young woman would have been unable to utter the names ‘Eric’ or ‘Derrick.’

That testimony could help undercut a key defense argument — that multiple EMTs  heard a dying Chambers say someone named ‘Eric’ attacked her. Defense attorneys urged jurors to trust that testimony — a foundation of their arguments in the first trial. 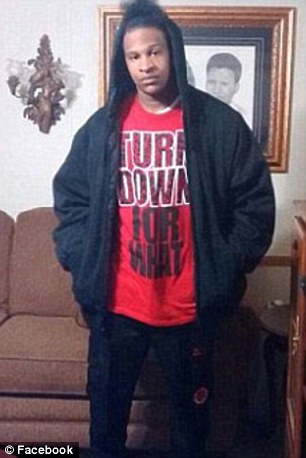 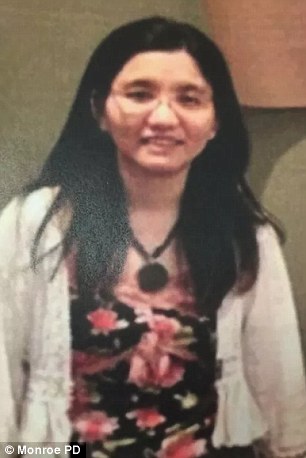