The first of four family members charged with killing eight people from another Ohio family has pleaded not guilty to aggravated murder and other charges in what could end up being a death penalty case.

Edward ‘Jake’ Wagner, 26, on Tuesday was led in handcuffs and shackles into Pike County Common Pleas Court, where over the course of an hour he acknowledged each of the 23 counts against him but said little else. He is being held without bond.

The arraignment was attended by nearly two dozen relatives of the deceased, some of whom comforted one another during the proceedings, while others sat quietly.

Edward ‘Jake’ Wagner is escorted by police into the holding area in the Pike County Common Pleas Court in Waverly, Ohio, for his arraignment Tuesday 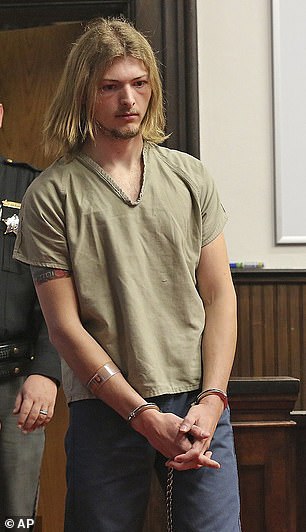 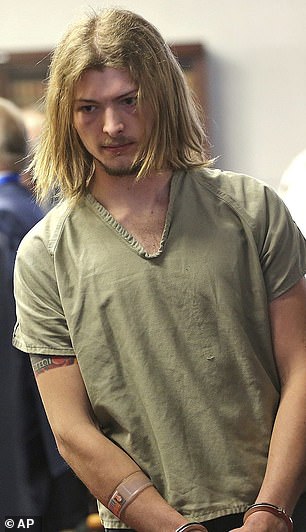 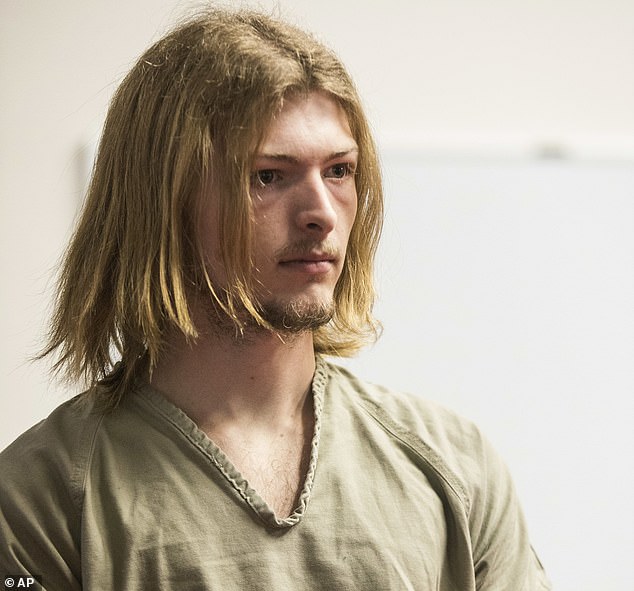 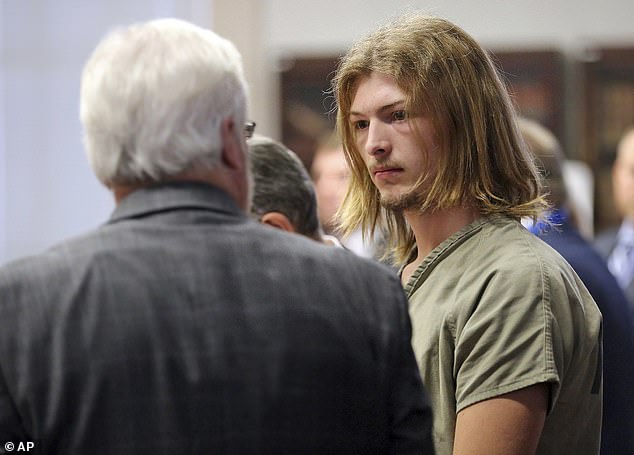 Wagner, his parents, 47-year-old Bill Wagner and 48-year-old Angela Wagner, and his brother, 27-year-old George Wagner IV, are charged in the 2016 shootings of seven adults and a teenager from the Rhoden family.

An attorney who’s represented the Wagners has said they’ll be vindicated.

Authorities say a legal dispute between Jake Wagner and his ex-girlfriend, 19-year-old Hannah Rhoden, over the custody of their two-year-old daughter was a possible motive.

On Tuesday, Judge Randy Deering imposed a gag order at the request of the defense and the prosecution, prohibiting anyone involved from publicly discussing Wagner’s case.

George Wagner’s arraignment is scheduled to take place Wednesday, followed by his mother’s on Thursday and his father’s on December 4, reported Cincinnati.com. 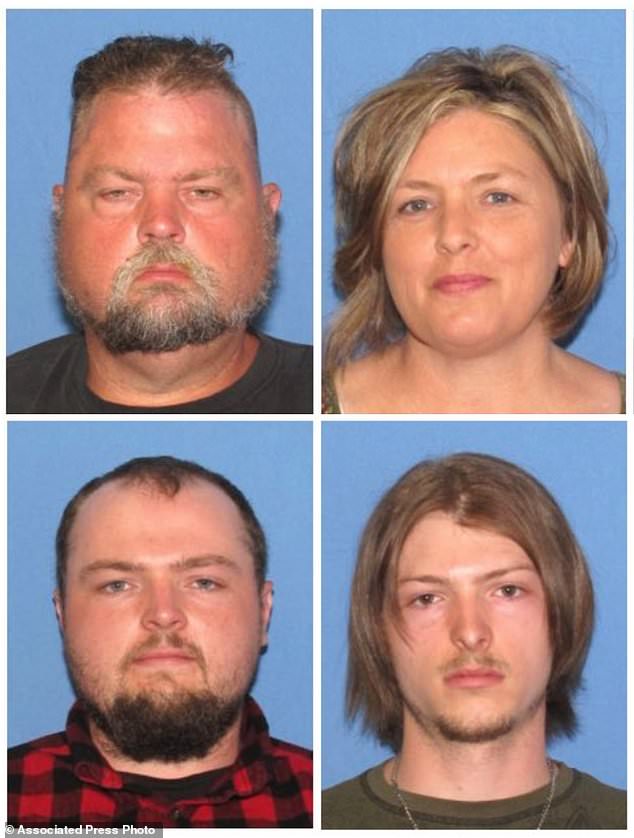 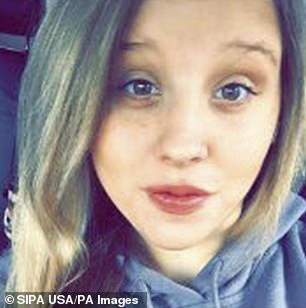 Hannah Rhoden, the 19-year-old mother of Jake Wagner’s toddler daughter, was shot multiple times while sleeping with her newborn baby

Three children were found unharmed at four different homes were the murders took place. Jake Wagner and Hannah Rhoden’s daughter, Sophia, was not with her mother that night.

Autopsy reports suggested the murders were calculated and brutal with the coroner saying all but one of the victims was shot more than once.

Sharing a trailer with Christopher Sr. was his brother Gary, who was shot twice in the head and a third time in the face. His autopsy report says a ‘muzzle stain’ was left on his head, suggesting at one point a shot was fired while the gun was pressed against him. 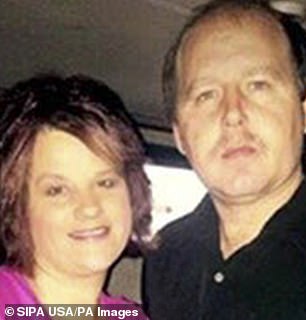 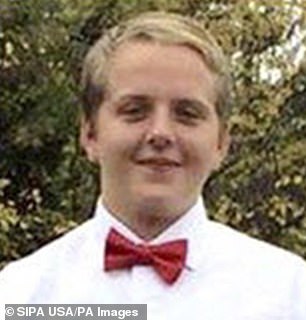 Christopher Rhoden Sr., 40, his ex-wife Dana Rhoden, 37 (left), and their 16-year-old son, Christopher Jr (right), were among those killed in April 2016 in Piketon in southern Ohio 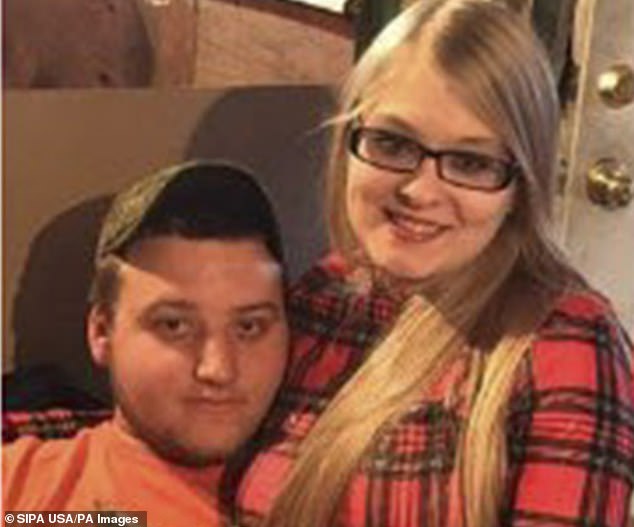 Clarence ‘Frankie’ Rhoden, 20, and his fiancee, Hannah Gilley, 20, were shot dead while sleeping with their child 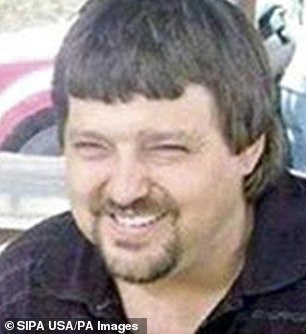 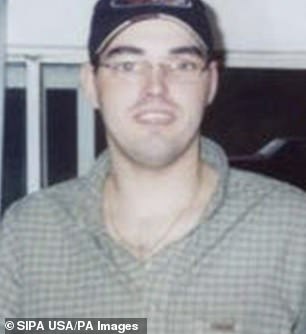 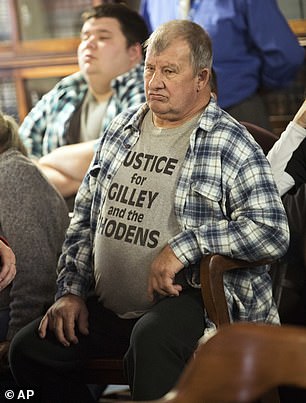 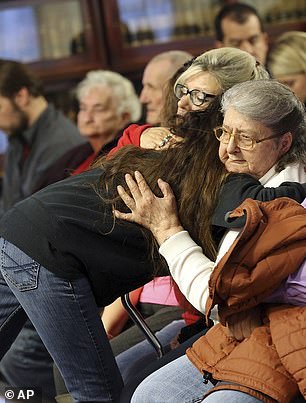 Leonard Manley, father of Dana Rhoden Manley, wears a ‘Justice for Gilley and the Rhodens’ in court Tuesday (left). Another relative Geneva Rhoden is comforted by a loved one (right)

The Wagners, who lived nearby in Peebles, moved to Alaska after being questioned over the killings multiple times.They took Jake’s daughter’s with them.

The entire family were arrested two weeks ago following a massive and prolonged investigation by more than 20 law enforcement agencies.

Jake Wagner is due back in court on December 20 and then again in early January 2019.