Analysis from Zoopla found that two-thirds of those looking to buy their first homes are seeking houses rather than flats, rising to 80 per cent outside of London, with the average first-time buyer looking for a three-bedroom house.

As a result, the gap between the price paid for a property by the average first-time buyer and that paid by everybody else is shrinking.

To get around this, these buyers are now taking out longer mortgages, allowing them to pass affordability tests for bigger loans – with the average term now lasting 30 years compared to 25 years just over a decade ago.

Zoopla’s Richard Donnell said: ‘First-time buyers are not compromising on size and price of home.

‘Our analysis suggests that they are taking the long-term view and buying a home with a longer-term horizon than they may have done in the past.

‘Three-bedroom homes remain the primary housing type in demand and this drops to two-bedroom homes in London where housing costs and affordability pressures are greatest.’

Research undertaken by Zoopla in June found that an average first-time buyer – or couple buying – needs a household income of £54,400 to secure a mortgage on their first property.

The analysis also found that buying a first home is rapidly getting more expensive, as rising house prices increase deposits required to be put down and salaries needed for a mortgage.

Potential first-time buyers typically need to earn at least nine per cent more to secure their first property than they did just three years ago. 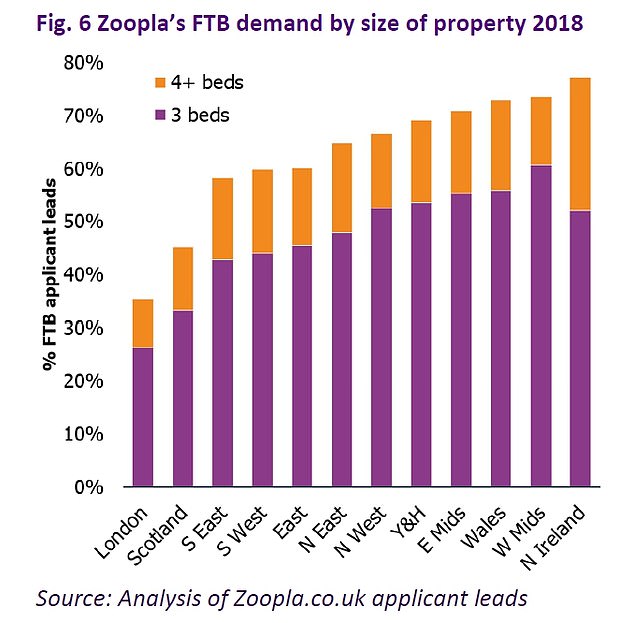 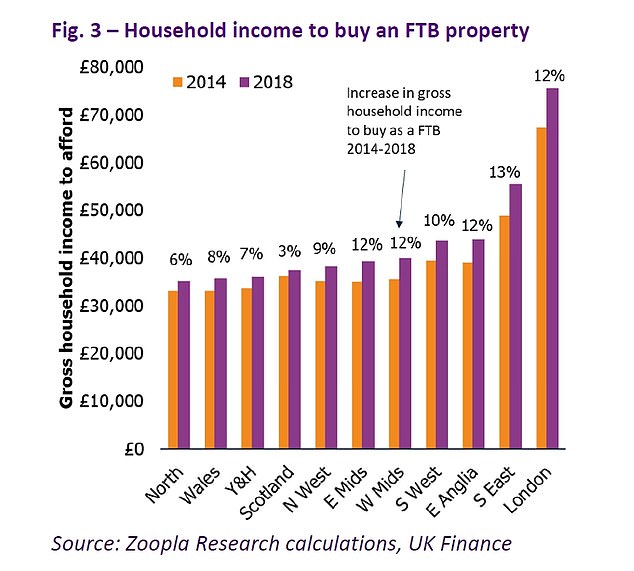 This varies dramatically by region however, with the average first-time buyer deposit currently ranging from £26,000 in the North to £140,000 in London.

Richard Donnell added: ‘First-time buyers have been the driving force behind the housing sales market in recent years. Lower mortgage rates, and improving mortgage availability have supported the growth in numbers across the country.’