By Julie Henry For The Mail On Sunday

The row over the huge salaries awarded to Britain’s university heads has been reignited after the first chief to be paid more than £500,000 a year was named.

The package, revealed in the school’s latest annual financial statement, is more than three times the Prime Minister’s salary and an inflation-busing increase of 11 per cent on what his predecessor was paid.

French-born Mr Ortalo-Magné has spent most of his academic career in the US, joining the London Business School in August last year from Wisconsin School of Business – an institution ranked just 71st in the world in one MBA course ranking.

Matt Waddup of the University And College Union said such pay deals ‘suggest universities have either learned nothing from the senior pay scandals that have been so damaging for the sector in recent years – or that they just don’t care.’

John O’Connell, chief executive of the Taxpayers Alliance, added: ‘This kind of largesse is not justifiable.’

Mr Ortalo-Magné is also provided with free ‘grace and favour’ accommodation on the campus overlooking Regent’s Park. The market rent for such a property would be up to £125,000 a year.

London Business School, part of the University of London, is one the world’s top business schools, with tuition fees of up to £84,000. Like other UK universities, its academics apply for and receive Government-funded research grants. The school received almost £8 million in grants last year, the financial statement reveals.

Details of the deal come as Exeter University accounts reveal that its vice-chancellor, Sir Steve Smith, is set to pocket bonuses totalling almost £400,000 between 2019 and 2021 on top of his £423,000-a-year pay packet. 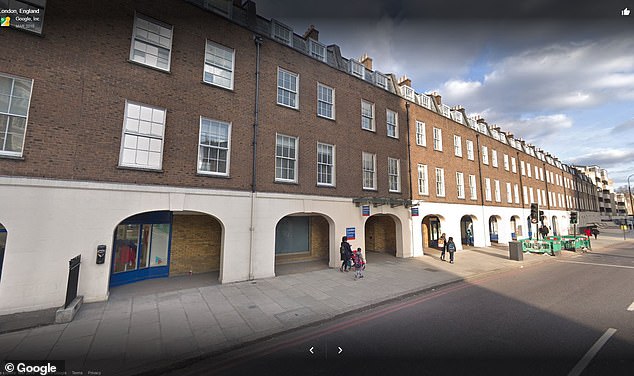 London Business School (pictured), part of the University of London, is one the world’s top business schools, with tuition fees of up to £84,000

The row about big financial rewards for vice-chancellors exploded earlier this year when Bath University’s Dame Glynis Breakwell stepped down after details of her £471,000 pay package emerged. Her successor earns £200,000 less.

Research suggests vice-chancellors now get an average of £253,000 a year while some live rent-free, have chauffeur-driven cars and enjoy first-class travel.

The Office For Students, which regulates universities, has ordered institutions to publish details of vice-chancellors’ pay, including bonuses and benefits. Universities argue they have to pay generous salaries to attract talented leaders but MPs have called for more action to curb excesses.

London Business School says Mr Ortalo-Magné’s salary is ‘broadly in line with peers and benchmarked in line with our competitors’.

And Exeter University said Sir Steve’s ‘conditional, target-led and long-term incentive scheme’ was agreed in 2003, adding that if he claims the payouts ‘they will reflect his outstanding performance against challenging targets over a long period of time’.