A fisherman has captured the incredible moment a mako shark repeatedly leapt from the water and did flips in the air off the Queensland coast.

Ryan Cowley shared the remarkable footage taken during his fishing trip on Sunday near Perforated, north of Yeppoon, in Central Queensland.

The mako shark breached the water several times – and at one point almost landed inside the fisherman’s boat. 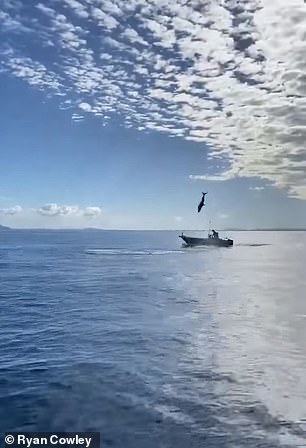 Ryan Cowley shared incredible footage of the shark’s tricks during his fishing trip on Sunday at Perforated, north of Yeppoon in Central Queensland

The video has racked up thousands of views.

Makos are considered the world’s fastest shark and able to swim at 80km/h.

They are also known to leap out of the water.

They can live to at least 29 years old and grow to 4metres in length.

The mako shark is considered an endangered species by the International Union for Conservation of Nature (IUCN). 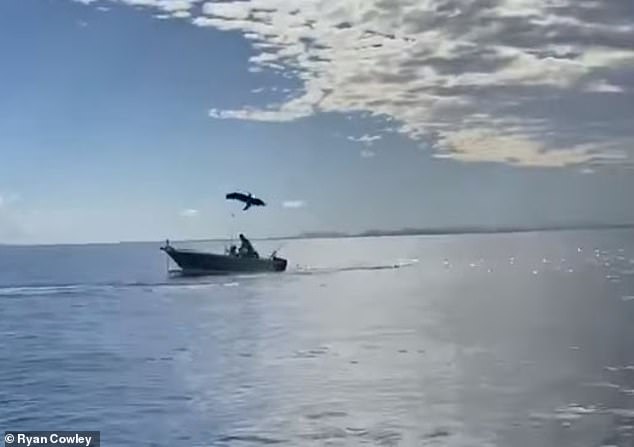