Fisherman suffers facial fractions after he was assaulted by thugs

A fisherman has been left battered, bloodied and bruised after an alleged savage attack near a fishing jetty.

Rockingham man Jesse Lee, 31 said he was attacked after he made his way to the Val street jetty in Rockingham on Wednesday for an early morning fish.

He said he had just arrived at the pier at about 3.30am when two men allegedly approached him asking for a cigarette.

After asking to also borrow his mobile phone, Mr Lee said he went to retrieve it from his car but became suspicious when he noticed one of the men was following him.

Fisherman Jesse Lee (pictured), 31, was left battered, bloodied and bruised after an alleged savage attack near a fishing jetty

‘As I turned around he pulled out a flashlight and turned it on, it was like a strobe flashlight and it was really bright in my eyes and I couldn’t see anything. I was disoriented,’ he said.

One of the men then allegedly pulled out a baseball bat and demanded Mr Lee’s keys, Perth Now reported.

But before Mr Lee could get them from his pocket, he says he was viciously struck twice on the head with the bat.

The blows sent him to the ground before the attacker allegedly hit him another two times. 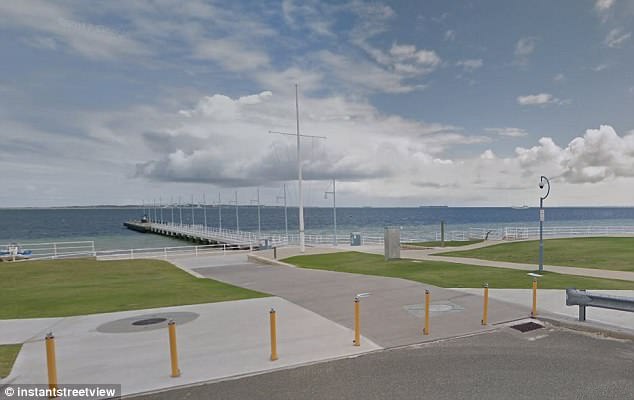 Jesse Lee, 31, had made his way to the Val street jetty in Rockingham for an early morning fish

‘It all happened very quickly, I didn’t know the people and I barely saw them, it was dark. I was calling out for help and bleeding all over the pavement,’ he said.

Mr Lee said he tossed his keys onto the pavement after he was struck again, at which point the attacker allegedly got into his car, waited for the other man and then sped away.

He said he managed to call triple zero as he lay bleeding all over the car park.

Paramedics arrived and transported him to hospital.

‘I’ve got stitches, multiple fractures, swelling all over my face and I can barely open and close my jaw, I’m just in pain all over,’ he said. 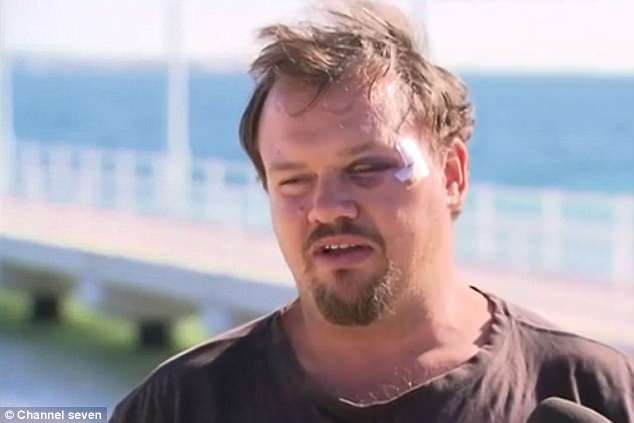 Despite being battered and bruised, Mr Lee (pictured) said he was humbled by the outpouring of support from the community

Mr Lee’s drives a blue Mitsubishi Lancer with the number plate 1CDM 560, which also has roof racks and at the time of the savage attack had a camouflage kayak on the roof.

As a plasterer, Mr Lee said he relies on his car in order to get too and from jobs and make a living.

Despite being battered and bruised, Mr Lee said he was humbled by the outpouring of support from the community.

A GoFundMe page has already been set up to help Mr Lee at back on his feet.

Police are asking anyone with information to contact Crime Stoppers.