Would you have spotted this deadly crocodile? Fisherman’s chilling warning after noticing 4.5metre predator perfectly camouflaged in shallow creek

An Australian fisherman has posted a chilling public warning after a terrifying discovery on the banks of a river.

Andrew Ucles was spearfishing for barramundi with girlfriend Holly along the Daly River in the Northern Territory’s north-west on Sunday when they suddenly realised they had deadly company lurking quietly in the shallow waters just metres away.

‘We were about spear to barramundi right here and guess what we saw,’ Mr Ucles says in the video before zooming on the 4.5 metres saltwater crocodile submerged nearby.

Can you spot the deadly danger lurking near Andrew Ucles while spearfishing for barramundi?

The massive predator was camouflaged among logs in the crystal clear water, waiting for his moment to pounce.

‘They can be extremely sneaky and they do hide in these shallow, shallow pockets of water. They’re there and they’re watching,’ Mr Ucles explains.

‘That’s a massive predator that could quite easily kill me. So better be careful of where you stand in the water.’

The wildlife enthusiast and conservationist from Wollongong, south of Sydney posted his video on Facebook as a chilling warning to be vigilant when near crocodile-infested waters, particularly in the Top End. 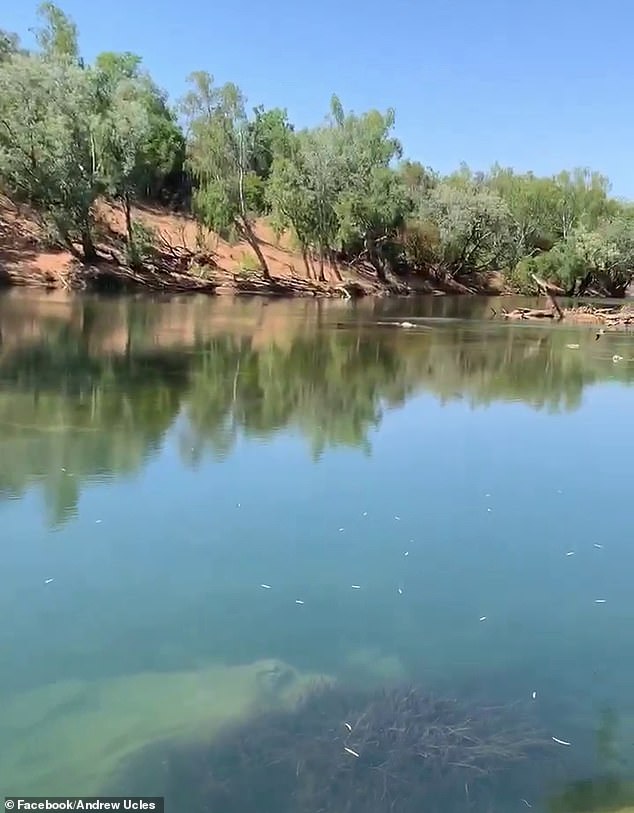 ‘Salt water crocodiles have been here for millions of years and that’s because there very existence relies on animals such as ourselves to be complacent and comfortable in THEIR environment,’ Mr Ucles wrote.

‘Unfortunately there are not always croc signs around…best bet is be wise and stay out of there reach.’ 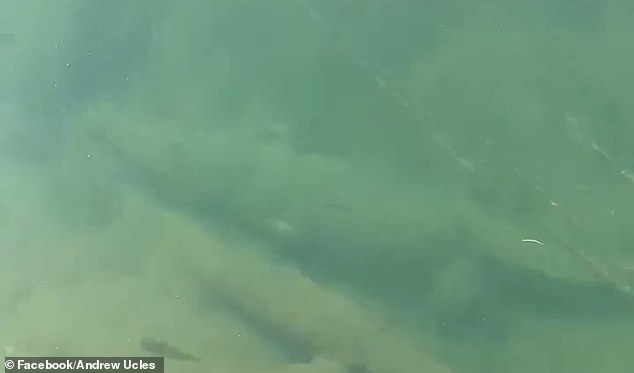 The video has attracted more than 350,000 views along with thousands of comments and shares within 24 hours.

Mr Ugles later recalled how they came across the horrifying discovery.

‘When I first approached the log he was no where to be seen, I went back up the bank to grab my hand spear and as I returned I noticed he had moved in, probably from behind the log to the right…they are an ambush specialist, highly calculated and wants most concerning is he would have waited there all day for the right opportunity, time doesn’t exist for a crocodile,’he posted in the comments to the video. 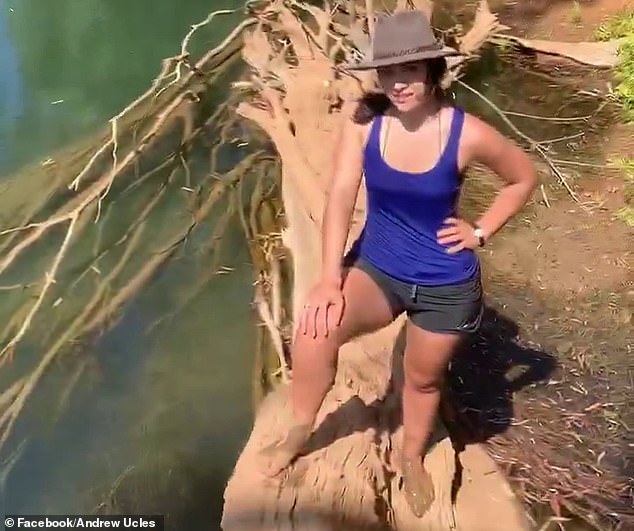 Mr Ucles returned to the Northern Territory after he recently become the first documented man to cross the expanse of Arnhem Land.

He spent 42 days crossing the remote outback, travelling 586km on foot and on the back of his horse.

He survived on a diet of water buffalo, cane toads, feral pigs, and fish.

‘I love the Northern Territory. I have been to Arnhem Land before and that area is just such a vast, almost mythical landscape. The danger of the place seemed very real and I wanted to overcome that fear,’ Mr Ucles told Daily Mail Australia last month.