‘He thought he was immortal’: Twin sister’s heartbreak as body-building brother, 42, who rejected jab because he ‘didn’t want vaccine in his body’ died four weeks after catching Covid… ‘wishing he’d listened’ to her

A fit and healthy 42-year-old father has died of Covid-19 after refusing the vaccine because he thought he would be OK if he contracted the virus, his twin sister said.

John Eyers had been climbing the Welsh mountains and wild camping one month before his death last week, which came exactly four weeks after he tested positive.

His twin sister Jenny McCann from London said he was the ‘fittest, healthiest person I know’ and had thought he would only have a ‘mild illness’ if he got coronavirus.

She added that he had a ‘belief in his own immortality’ but before going onto a ventilator in hospital he told his consultant that he wished he had been vaccinated.

Mr Eyers died in intensive care after suffering from an infection and organ failure, and leaves behind both parents, Ms McCann and his 19-year-old daughter.

John Eyers, 42, had been climbing the Welsh mountains and wild camping one month before his death last week, which came exactly four weeks after he tested positive for Covid-19

‘He died exactly four weeks after testing positive. He was the fittest, healthiest person I know. He was climbing Welsh mountains and wild camping four weeks before his death.

‘The only pre-existing health condition he had was the belief in his own immortality . He thought if he contracted Covid-19 he would be OK. He thought he would have a mild illness. He didn’t want to put a vaccine on his body.’

She added that Mr Eyers was ‘pumped full of every drug in the hospital’, saying: ‘They threw everything at him. But eventually the bedfellow of Covid-19, infection and organ failure, claimed his life. 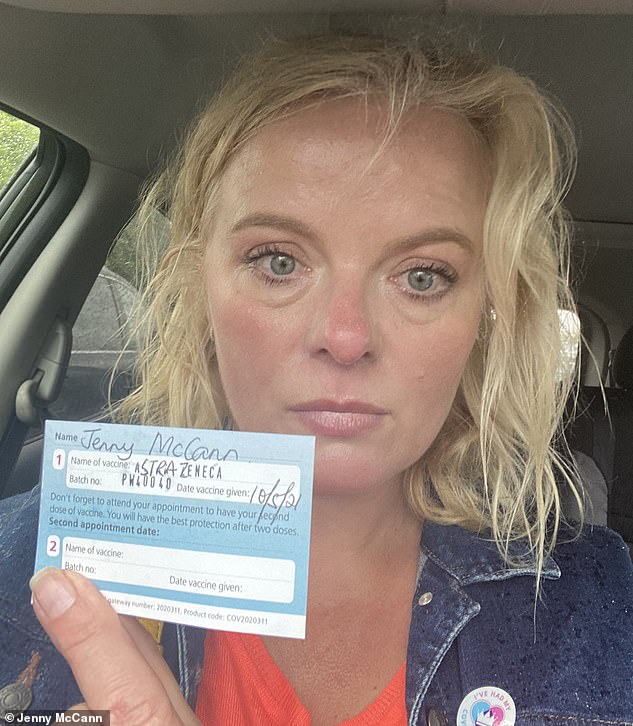 Back in May 10, Mr Eyers’s sister Jenny McCann had tweeted a selfie of her with her vaccine card after getting her first jab, saying: ‘Full on tears after getting Covid jab’ 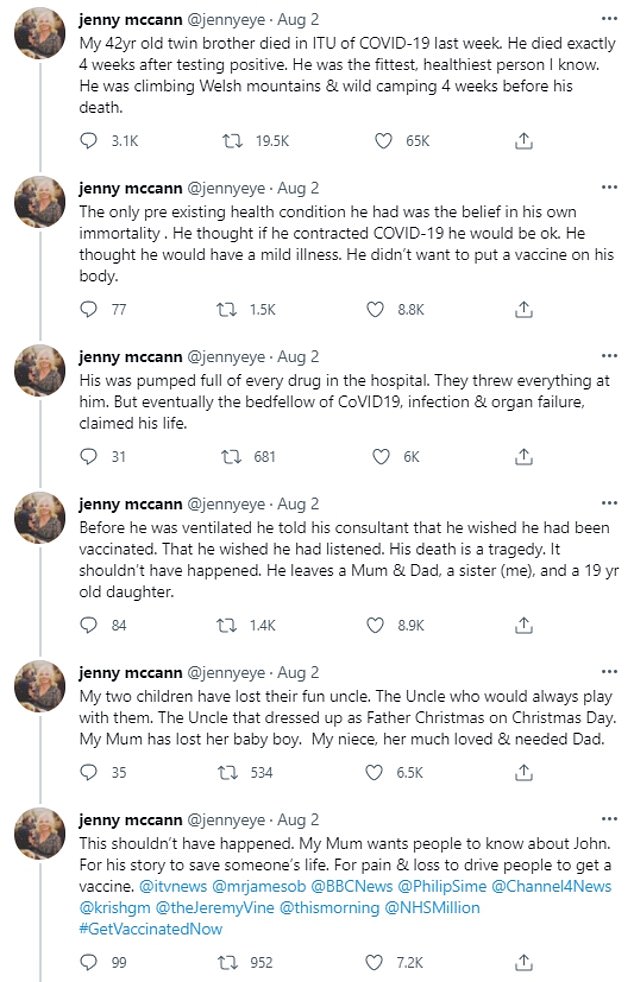 Ms McCann added that her two children had ‘lost their fun uncle’ who would ‘always play with them’ and dressed up as Father Christmas on Christmas Day.

She continued: ‘My mum has lost her baby boy. My niece, her much loved and needed dad. This shouldn’t have happened.

‘My mum wants people to know about John. For his story to save someone’s life. For pain and loss to drive people to get a vaccine.’ 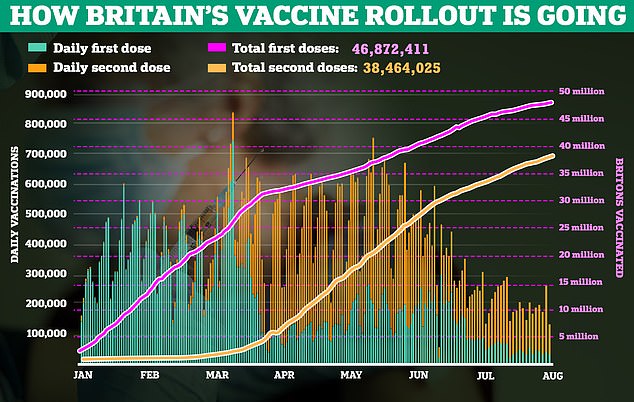 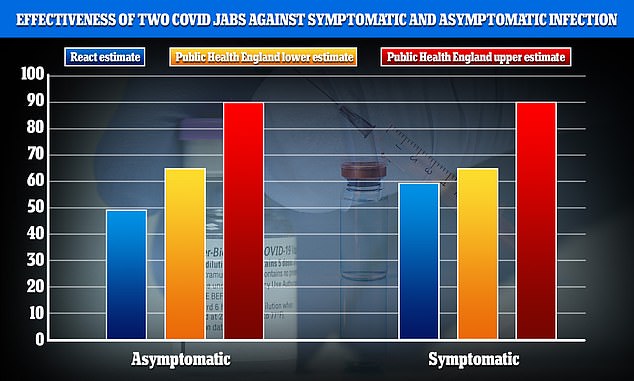 Back on May 10, Ms McCann had tweeted a selfie of her with her vaccine card after getting her first jab, saying: ‘Full on tears after getting Covid jab. Really shows the collective weight we’ve all been carrying. So grateful to the NHS.’

More than 85million Covid-19 vaccines have now been administered in UK, with 88 per cent of adults having had a first dose and 72 per cent both doses.

Public Health England data shows that around 60,000 deaths, 22 million infections and 52,600 hospitalisations have been prevented by the vaccines up to July 23.

The coronavirus vaccination programme now looks set to be rolled out to more than a million more teenagers with new advice expected for 16 and 17-year-olds.

Some under-18s are already eligible for a jab if they have certain health conditions, live with an immunocompromised person, or are approaching their 18th birthday.

Some 223,755 under-18s in England have already received a first dose. Around 1.4 million 16 and 17-year-olds will be eligible when the programme is extended.

They are expected to receive the Pfizer vaccine, which has been approved for use in the UK for people aged 12 and over.

The Joint Committee on Vaccination and Immunisation (JCVI) is expected to make a recommendation on extending the vaccination programme ‘imminently’.