Fitbit will reportedly pivot its resources to make ventilators for COVID-19 patients.

According to CNBC, Fitbit is in the process of submitting technology for review by the Food and Drug Administration (FDA) and aims to have a device approved under new emergency rules.

‘There was a lot of concern about the shortage of ventilators and we realized we had expertise already around the supply chain,’ CEO James Park told CNBC.

While there’s currently no price estimate for the device, Park tells CNBC that the device will be ‘advanced’ but at a lower price point than other manufacturers.

The company says it will look to develop something in between a high-end advanced ventilator and more pared down counterparts for less severe cases.

Fitbit, which is currently in the process of being acquired by Google, will join companies like Amazon, which recently announced it is dedicating its drone division to make and sell face shields that help protect people against COVID-19.

According to Amazon, it will sell the face shields ‘at-cost’, meaning it won’t make a profit off of them, and says it will announce the selling price for buyers ‘in the next few weeks.’

For now it says that initiative will prioritize selling the shields to frontline workers but the company plans to open up sales to the public in the near future. 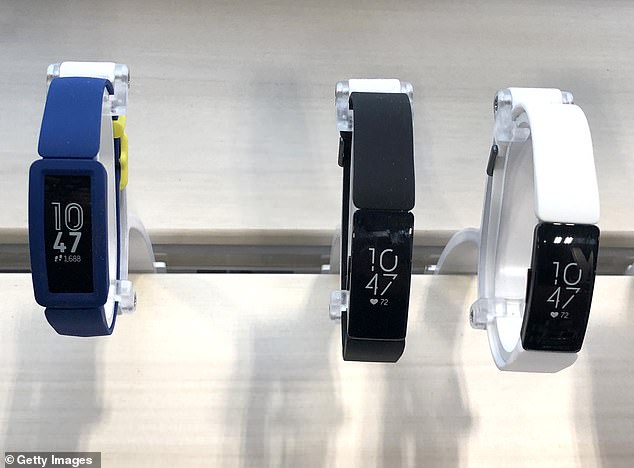 Among the advantages of making masks themselves, according to Amazon, is a lower end cost to customers.

In a video released by the company on YouTube in April, the automaker showed off a disassembled version and also a packaged version of the ventilator as it would be presented to hospitals in need.

According to Tesla, they would be made from parts used in the production of its Tesla 3 since the company is familiar with them.