Fitbit sued by the ACCC for ‘misleading customers’ with refund policy

Fitness electronic company Fitbit has been hit with Federal Court action for allegedly misleading customers about their guarantee rights.

It’s alleged the American-based company told customers between May 2020 and February 2022 they wouldn’t be eligible for a refund unless they returned a faulty product within 45 days of buying it.

The Australian Competition and Consumer Commission also says Google-owned Fitbit told customers who did get a replacement device they weren’t eligible for a second one if their original two-year ‘limited warranty period’ had expired.

It’s not the first time the ACCC has had Fitbit in their sights, the fitness brand having been given a court-enforceable undertaking in 2018 after they broke similar laws via representations they made about warranties for faulty products.

Their latest case has 58 examples of customers being allegedly misled by Fitbit’s customer service representatives when seeking assistance for faulty products.

‘Products must be of acceptable quality, and retailers must provide a remedy for faulty goods which include a repair, replacement or refund, depending on the circumstances,’ she said. 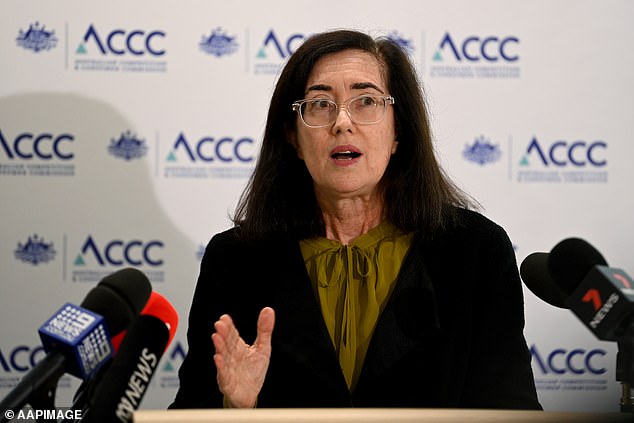 Australian consumer law doesn’t impose a 45-day limit on refunds, and consumer rights on faulty replacement products don’t depend on when the original product was purchased.