Fitbit vs Apple Watch: Which Is Better for Fitness? 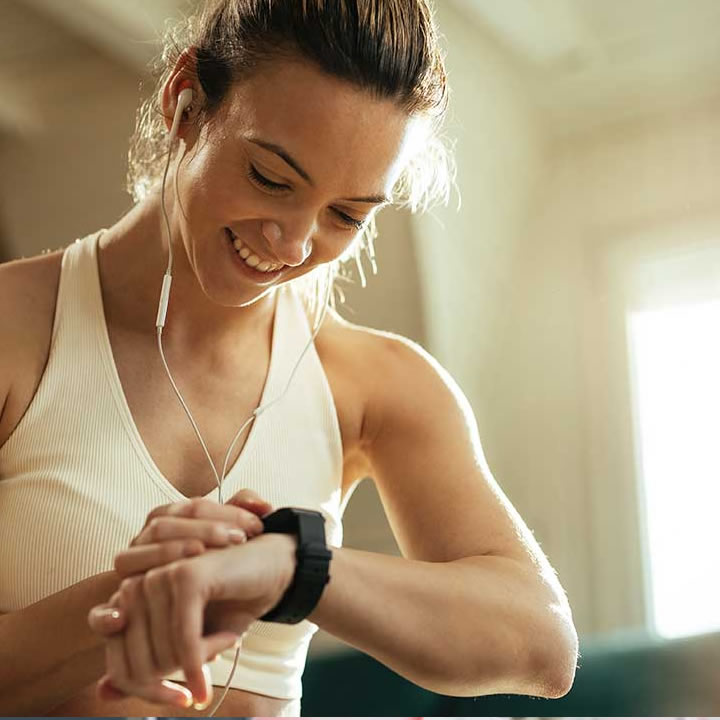 60% of Australians want to lose weight and get fit. Getting fit requires lots of dedication and persistence, and sometimes it’s easier with a fitness tracker.

A Fitbit vs Apple Watch is a tough decision, as both have so much to offer you in terms of tracking your fitness activity. But which one is the best choice for you, and how do you decide?

If you’re looking to buy a Fitbit or buy an Apple Watch, you’ll want to know the features of each and how it benefits you. In this article, you’ll learn more about Fitbits and Apple Watches to see which of these fitness trackers can guide you best on your fitness journey.

One of the first things you’ll notice about the Fitbit and the Apple Watch is that they look similar. They consist of a touch screen, where you manage all your fitness goals and other apps, and they have interchangeable bands, like the ones from Mobile Mob, to suit your style.

The Apple Watch series has a larger screen, while earlier versions of the Fitbit screen are much smaller. However, they’re both sleek in design, but some think the Apple Watch has more of a design edge.

But the size of the Apple Watch screen may bother some people because of its size.

Newer versions of the Fitbit have larger screens compared to the Apple Watch. This may add to the bulky feeling some people don’t enjoy, so you may want to consider the slimmer designs of the earlier Fitbit version. Deciding on a design comes down to which one you like more.

Fitbit has impressive battery life. You can use some Fitbit models for up to 2 days without charging, and some for up to 10 days. This is much needed, especially if you want to be tracking your sleep.

In terms of fitness tracking, both Apple Watch and Fitbit make this a priority, although Fitbit had an edge in this category. Fitbit’s main objective is to help you track all levels of your fitness: heart rate, reaching exercise and weight goals, and more.

Apple Watch does maintain some of these features as well, but not all Apple Watches have the same fitness features. Newer versions are more sophisticated as they track your oxygen and blood supply, but earlier ones do not.

When it comes to tracking your sleep, Fitbit oversees more of your sleep cycle than the Apple Watch so you can get an overall picture. But Apple Watch does assist with creating a sleeping routine and aids you in getting the suggested 6-8 hours of sleep. The only trouble is, with its chunky design, it may be more challenging to sleep in.

This is where Apple Watch and Fitbit begin to differ greatly. Fitbit’s shining moments are to help you reach your fitness goals, while for the Apple Watch, fitness is part of a larger range of features.

Fitbit’s features are geared more toward fitness, but they’ve evolved some of its features to display Fitbit pay, Alexa, or Google Assist. Both gadgets offer motivational screens for completing your fitness goals.

One of the major drawbacks of Fitbit is the lack of cellular. For those who already have an iPhone, it might be worth it to invest in an Apple Watch so everything syncs or download the Fitbit app on your phone.

Both Fitbit and Apple Watch have membership plans. These memberships are premiums and cost $9.99 per month. They offer more features for tracking fitness if you’re a fitness guru.

Fitbit’s version called Fitbit Premium gives you a more in-depth look at your fitness and overall health. You can get an inside peek into areas like sleep, enjoy exercise programs, and even tend to your mental health.

Apple Fitness Plus is the comparable plan, and even though it’s not vast as Fitbit Premium, it’s continuing to grow and add more to its membership. You can still access great apps and features related to fitness on each device without a membership.

The price of these two fitness gadgets is another way to decide which one is right for you.

Earlier versions of the Apple Watch are affordable but easily creep upward for each new model released. You can spend several hundred dollars on some models.

Which Is Right for You: Fitbit vs Apple Watch

The decision between a Fitbit vs Apple Watch isn’t easy, but it does come down to preference and goals. If you’re looking purely for a fitness tracker, without bells and whistles, go with the Fitbit. If you still want fitness tracking and additional features, you can invest in the Apple Watch.

The choice you make should benefit your health in the best possible way. But a fitness tracker is just the start of your fitness journey. If you want more advice and tips to stay in the best health, visit our Health page today.